Nereid is one of over 200 public artworks to be found in , and I think it’s one of the more beautiful. Sculpted in bronze and standing on a base that may be polished granite, she’s an impressive piece that is around 183cm tall, on a base that’s 152cm tall. 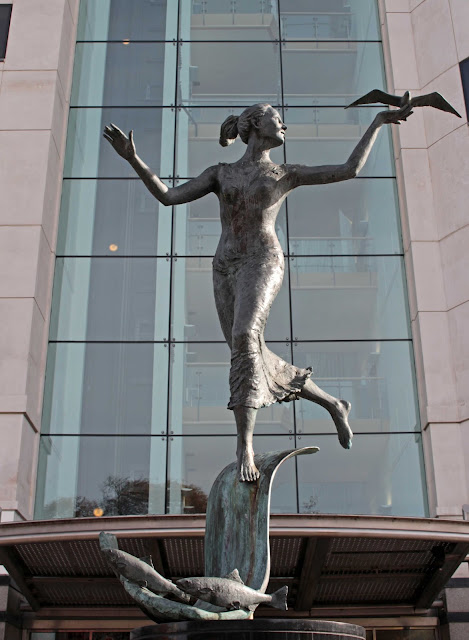 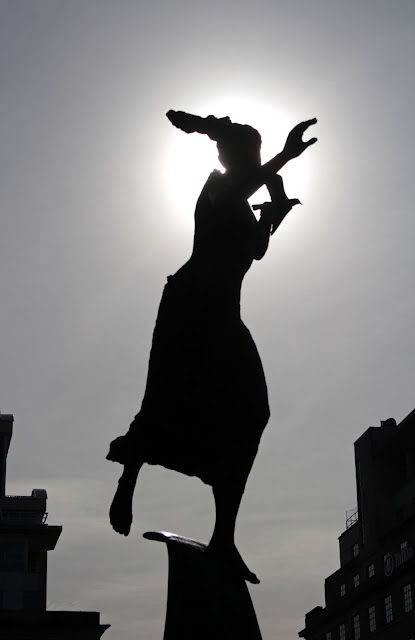 Nereids are the sea nymphs of Greek mythology, companions of Poseidon, god of the ocean waves, and helpers of those sailors and fishermen who get caught in dangerous storms (they assisted Jason and the Argonauts in their search for the Golden Fleece).

Tradition tells that there were 50 Nereids, all daughters of Nereus and Doris, but more than 50 have been named in the ancient works of Homer, Hesiod and the like, so, like all mythology, the story is a little flexible.

This particular Nereid has no name. She balances on a wave, above a shoal of fish, and gazes at a seabird that has alighted on her outstretched left hand. She’s the work of British sculptor and Fellow of the Royal British Society of Sculptors, Nathan David, who has a long and impressive list of work to his credit, both public commissions and private work, in and around the world.

I find some of his work rather solid and static but, as in this animated Nereid, he excels at depicting movement. One of his most well-known works is a life-size bronze of ballerina Dame Margot Fonteyn, which can be found at her birthplace in Reigate, .
Posted by sconzani at 19:42