I promised more about Inti Raymi in my last post … but the time came and went, and life and work got busy, so I’m only just getting back to that promise. And, in fact, I blogged about Inti Raymi last year – see here http://sconzani.blogspot.com/2011/06/inti-raymi.html – so I won’t actually write much about the event this year.

Instead, I’ll share some photos of the sacred yet profane, solemn yet noisy, almost overwhelmingly colourful event that is the modern re-enactment of the Inca mid-winter solstice celebrations here in . 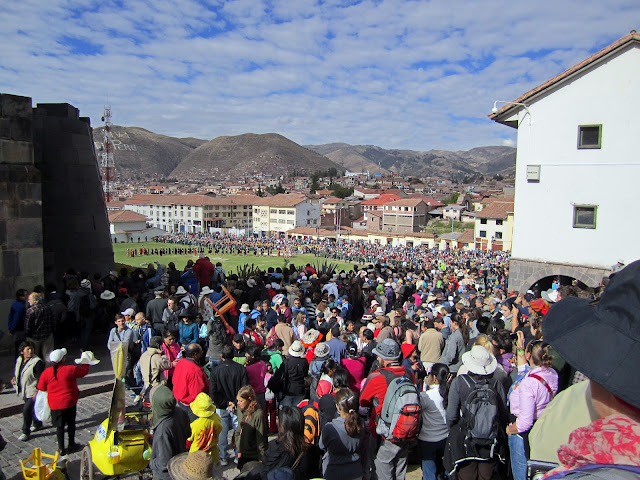 The day began at what used to be the Intikancha or of the Sun, but is now called Qorikancha. A large crowd of tourists and locals gathered on all available vantage points to watch the festivities. 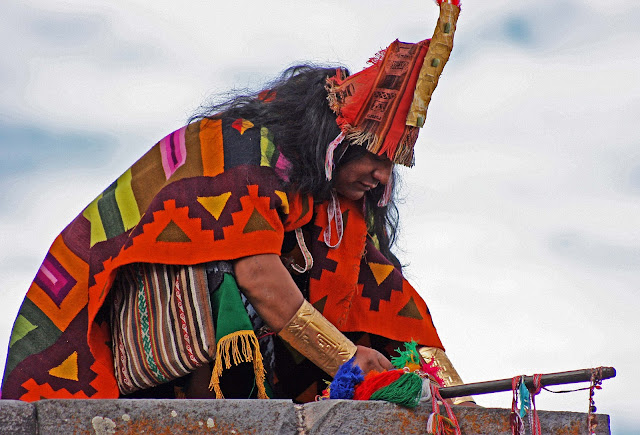 This is the WillaqUma, the high priest of the Inca empire. His place was at the top of the only existing wall of the original Inca temple – labelled the apse in my Inti Raymi guide book. He performed various sacred rites, scattering water and food items, presumably as offerings to the gods. 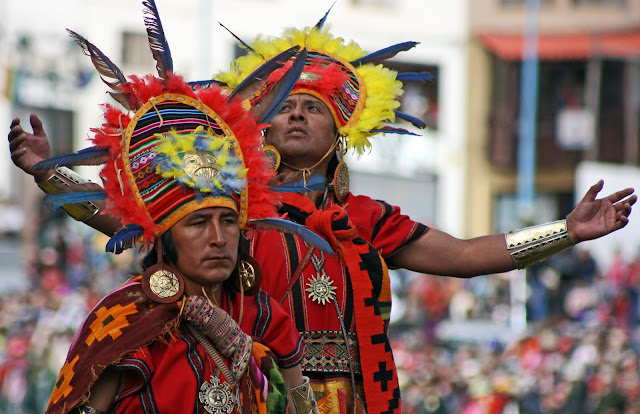 These are some of the sub-priests, who were performing rituals at the foot of the apse. 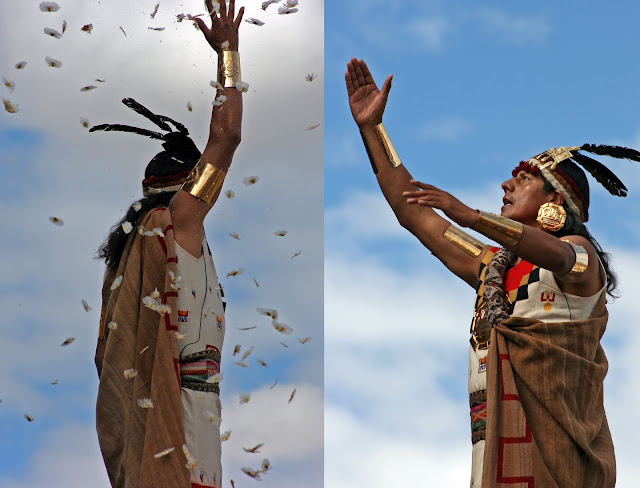 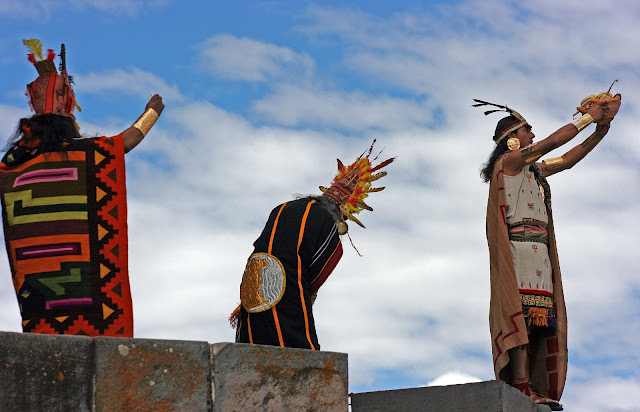 He then tossed his small bowl of corn to the priests stationed below the apse, who broke off kernels of that corn and gave them to the Peruvians who crowded forward to receive these sacred offerings. 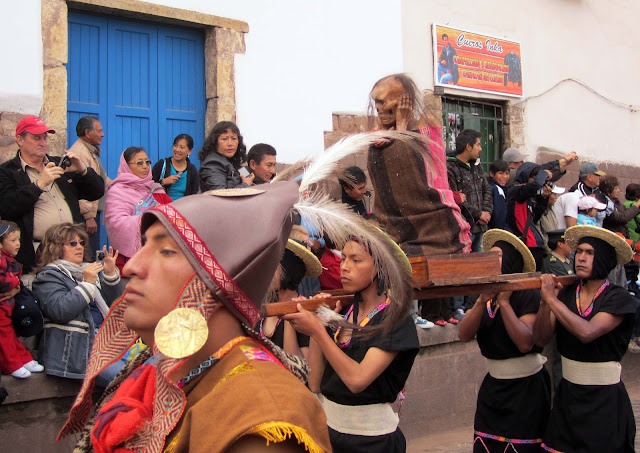 This concluded the ceremonies at the Intikancha and the performers then processed to the Plaza de Armas for the next stage of the re-enactment. The company consisted of the imperial army, the Inka and Qoya (the empress, wife and sister of the Inka) and their royal entourage, chosen women and princesses, the priests, musicians of various kinds (including the qhepa – flute – trumpet players and the pututeros – conch shell blowers), and those charged with sweeping the ground and strewing flowers in the street before the Inka.

A mummy from the Qorikancha museum was also brought out for an airing, as well as various bones from other dead Inca ancestors (you could see the small exhibit numbers written on the sides of these).

Whether or not this is a faithful re-enactment of the ancient solstice celebrations is debatable but it was certainly an extremely colourful procession.

Posted by sconzani at 21:29 No comments: