Cardiff : an assortment of benches

We’ve all been discouraged from sitting on benches during the lockdown but, when this pandemic is finally over (or at least controlled to the point where we are able to resume some semblance of normal life), these lovely benches will be there for the good folks of Cardiff and its visitors to rest their weary legs while out walking. 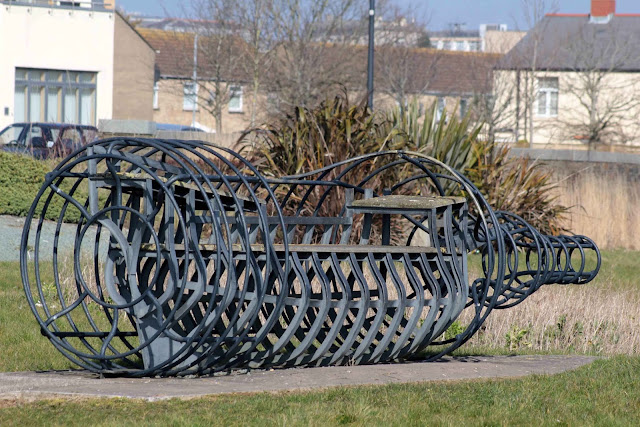 The aptly named Ship in a bottle bench was installed at the top of the meadow overlooking Cardiff Bay Wetland Reserve in 2004. This bottle bench is the work of artist Melissa Gibbs who, according to her profile on London’s Artist Quarter website, is ‘a professional artist and art tutor living and working in London’. Gibbs makes ‘sculpture and installations for public and private commissions and exhibitions’. 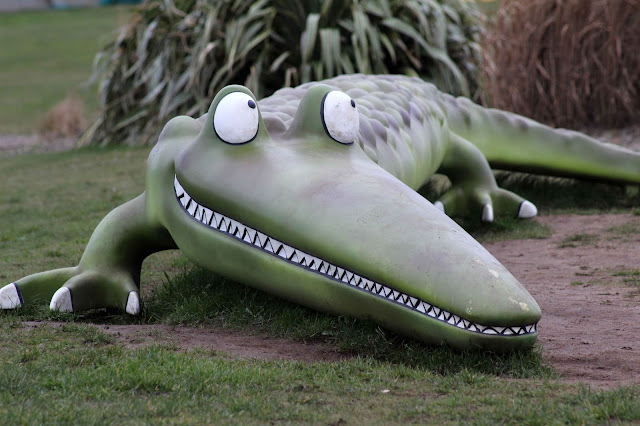 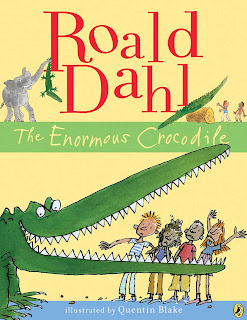 World-renowned author Roald Dahl was born in Cardiff in 1916 so it’s probably not surprising that Cardiff likes to celebrate its famous son in diverse ways in various locations around the city. Cardiff Bay already had Roald Dahl Plas (Square) when, in August 2016, as part of the Roald Dahl centenary celebrations, a 10-metre-long crocodile sculpture became the latest addition to the Dahl memorabilia.

The Croc in the Dock sculpture, located near the Sails on the Barrage, was based on the character in the book The Enormous Crocodile. It is supposed to be a bench but it’s really too low for comfort so it’s become a fun sculpture for kids to clamber on.

And that is probably why there is now an actual bench right next to the crocodile. Appropriately enough, the bench is shaped like a book, the back of the bench is painted with the book's front cover illustration, and it too is named The Enormous Crocodile. 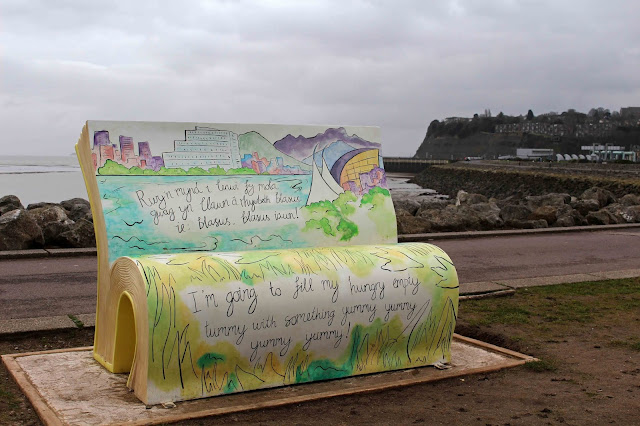 If you choose to walk from Cardiff Bay back in to the city along the Taff Trail, then you might rest your sore feet awhile (but not during lockdown) with a seat on one of four similar wrought-iron benches positioned alongside the River Taff. I haven’t been able to uncover any information about their creator but I quite like the paddle steamer and lighthouse that have been incorporated into the design. 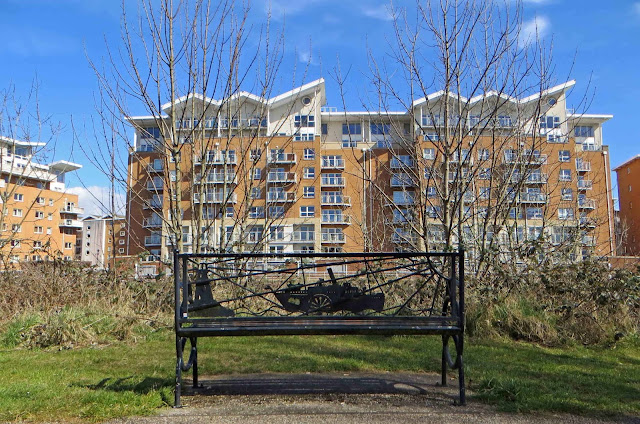 Posted by sconzani at 20:20 No comments:

Under my feet : utility cover plates

During my lockdown exercise walks, as I seek to avoid other people’s germs wafting in my face, I’ve been spending a little more time than usual looking down and, in the process, especially during urban walks, I’ve been taking more notice of these ... 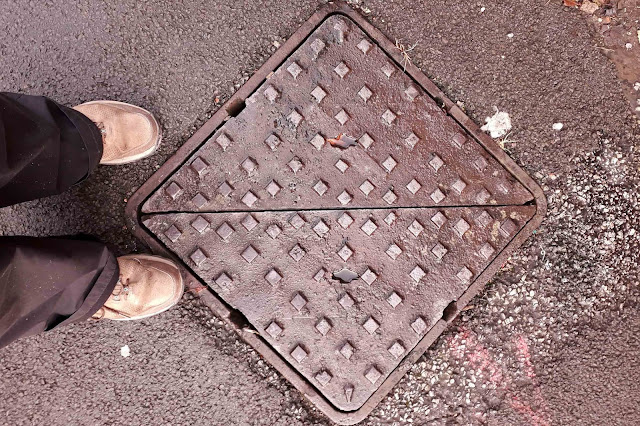 Now, I’m not entirely sure what to call them: utility cover plates? manhole covers (though not all are man-sized)? utility access points? inspection chamber covers? drain covers? drainage grates? 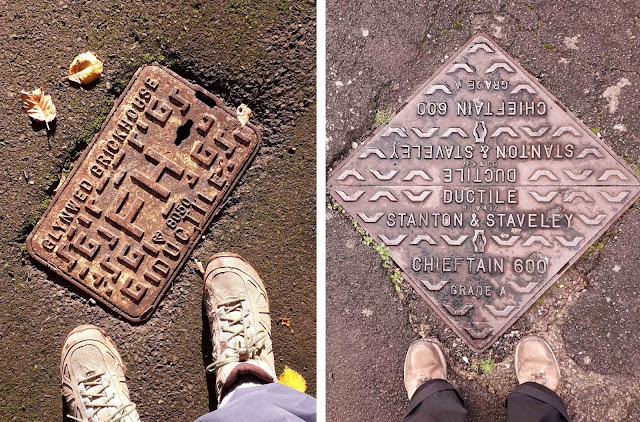 I see many of those I have photographed have the word ‘ductile’ on their surfaces so has the industry that manufactures these cover plates adopted this word to identify their products? If so, it has done this in error as ductile is an adjective describing the pliability of metal. Perhaps they have conflated the two words ‘duct' and 'tile’?

I suppose these plates can actually have a variety of names, depending on their functions and whether they relate to storm water or other water drainage, sewers, electricity, gas or telecommunications. I have lumped together a wide variety of those I have found in this blog but, if I were to attempt a more detailed examination, I would need to separate them out in to their respective functions. I’m not sure I’m quite that motivated by these items but I am very impressed with some of their designs.

If you’re interested in learning more about these covers, Wikipedia has an interesting article. 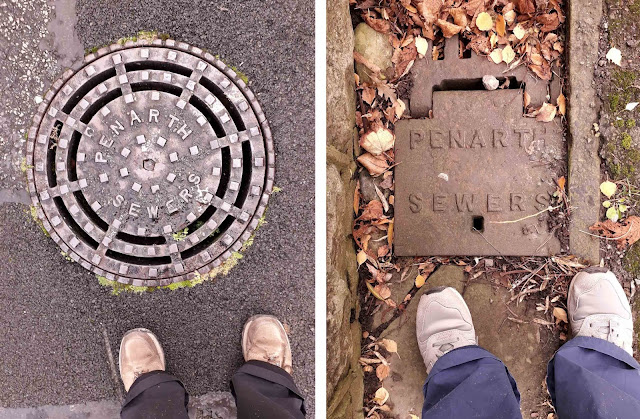 Posted by sconzani at 14:04 No comments: