It was Christmas Day, and most sensible people were feasting on delectable festive morsels in their centrally heated dining rooms or lounging about in their equally cosy living rooms, happily sheltering indoors from the wild winds and squally rain being dealt out by Storm Barbara. Not us! We were on holiday. We couldn’t waste daylight hours indoors. Instead, we rugged up in winter woollies, scarves, hats, gloves and anoraks, and went searching for Poldark!

Well, to be truthful, we went looking for the wheel houses and other remains of tin mines we had noticed on our way home the previous evening and then got a bit carried away in a more general search for Cornwall’s mining heritage, following the seams of ore and old mining tramways from one side of the Cornish peninsula to the other.

First up was a mine that must remain nameless because, although I can find it on a map, I haven’t yet discovered its name and therefore none of its history. This wheel house was part of a much larger complex, the ruins of which could vaguely be discerned under a thick covering of gorse and scrub. 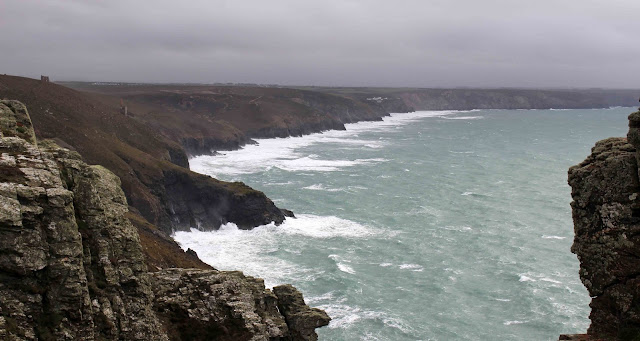 We drove onwards, looking for mining symbols on our map and, by chance rather than good navigation, we arrived at St Agnes Head where we hit pay dirt. We parked near the National Coastwatch lookout station and walked to the cliff edge to scan the coastline for ruins, and there, not too far south, through the mist / low cloud / drizzle / fog / squally rain we could just make out a chimney.

Luckily, the gale-force winds were sweeping in off the sea rather than blowing us towards the vertigo-inducing cliff edges, so south we headed, staggering along trails that would originally have been forged by miners trudging to and from work each day. 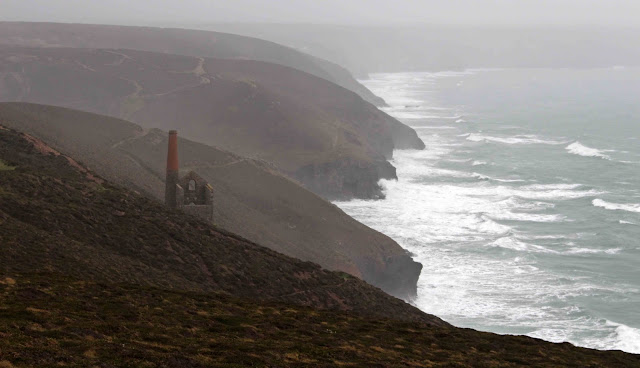 We had discovered Whealcoates, where records of mining date from as far back as 1692, though archaeologists have shown that men were digging for ore on the surface as early as the Middle Ages. The most recent mine opened in 1802, closed in 1889, reopened in 1911, then closed for good in 1913. 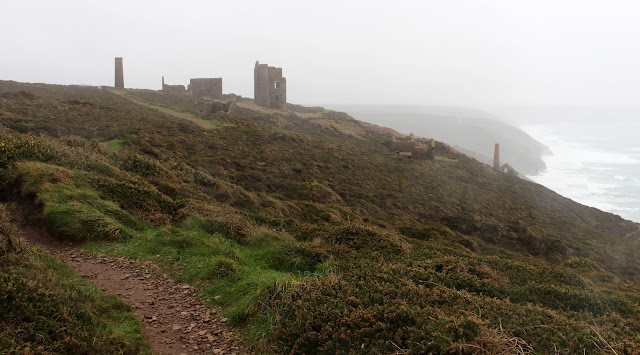 The ruins we saw that day include engine houses dating from 1880 and 1910, the gas engine foundations dating from 1910-13, dressing floors from the 1870s, and, one of the most photographed ruins in the whole of Cornwall, the dramatically sited Towanroath Shaft engine house, perched further down the cliffs, nearest to the sea. 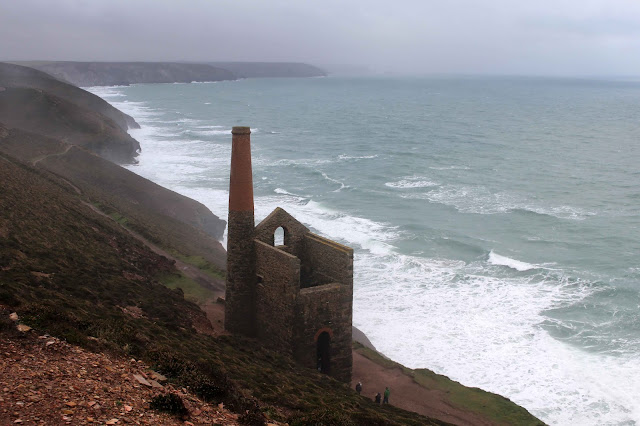 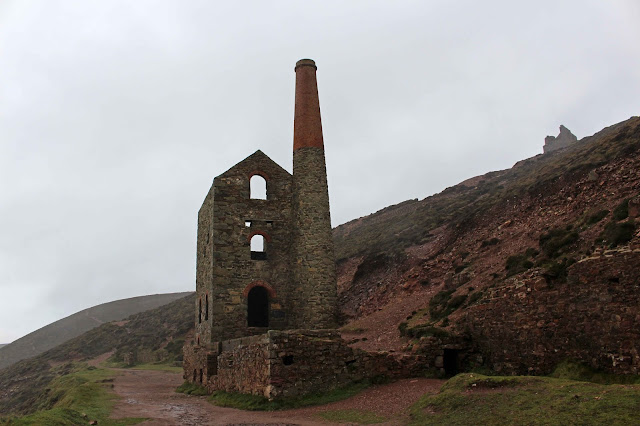 At its peak Whealcoates employed around 140 miners and its tin was transported along tramways to be shipped to national and foreign shores from the ports of Portreath, Hayle, St Agnes and . 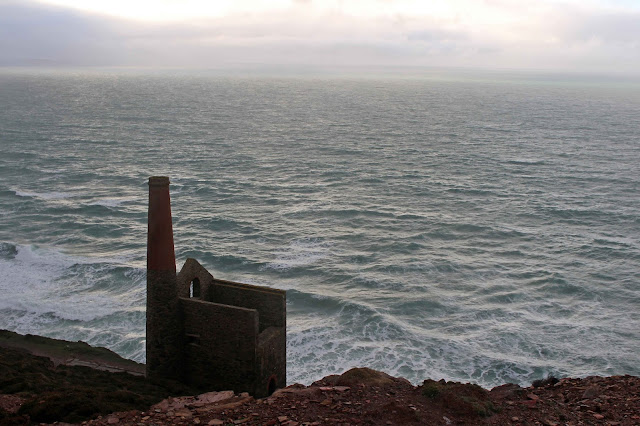 In spite of the weather – or, perhaps, because of it, because it gave us more of an insight into the difficult conditions faced by the miners on a daily basis – exploring the mining ruins at Whealcoates that day was one of our best experiences in Cornwall. It was certainly a Christmas Day to remember. 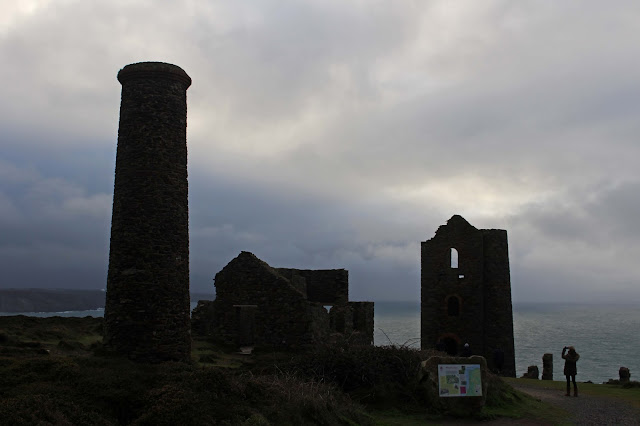