If you go down to Thompson’s Park today (only as part of your exercise walk, of course), you might be puzzled, as I was, by the many strange stones poking up amongst the grass and wildflowers on the park’s verdant slopes. I had hoped to return to get photos of the many other stones to be found around the park, but the corona virus lockdown means I can no longer access this park, so the stones pictured here are just a taster of what can be found with a little searching. 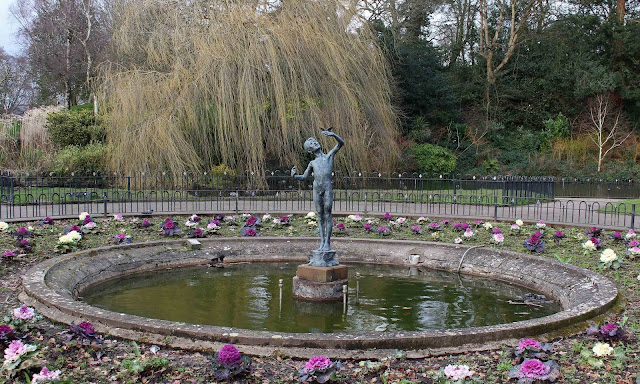 The land that is now known as Thompson’s Park was once owned by Charles Thompson, a senior partner in the well known Cardiff milling company, Spillers, and Thompson’s house, Preswylfa, once adjoined the park on the eastern side (the house was demolished in the late 1990s and the site is now occupied by a modern housing development). 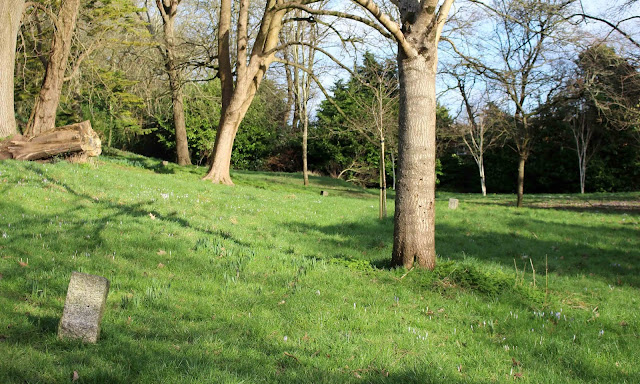 The land adjoining Preswylfa was then known as Sir David’s Field (in Welsh, Cae Syr Dafydd), and Thompson opened up this property to the public in 1891. Later, in 1912, he gifted the park to Cardiff City Council, and the stones we see today relate to that transfer of land from Thompson to the Council.

The stones, all of which have Roman numerals inscribed on their sides, were boundary markers. Originally, there were 17 such stones but only 10 are now visible, and one of those has been turned on its side, so its number can no longer be read. 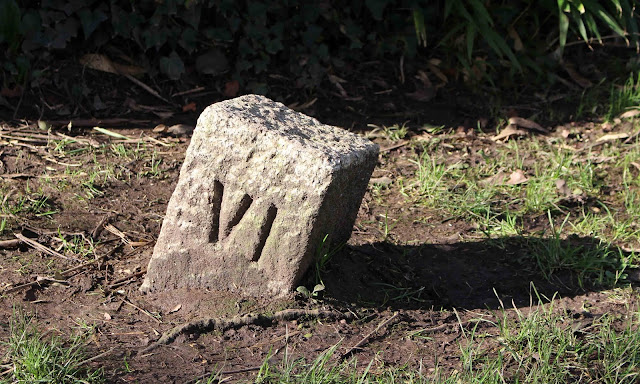 When I last visited Thompson’s Park, in February, I only found four stones but it was a cold day with intermittent hail showers so I didn’t explore far. During my subsequent research to uncover the story behind the stones, I discovered the excellent information on the Cardiff Parks website, which also includes a map of the locations of the additional stones. When I am finally able to return to this lovely Cardiff park, I will try to find all the other stones and will add their photos to this post.
Posted by sconzani at 16:07 No comments: 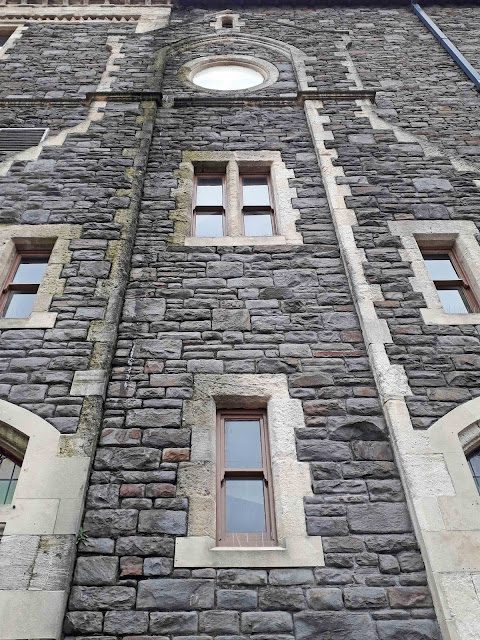 Even in the short time I have been in Wales – not yet five years, I have seen massive change in Cardiff and not, in my opinion, for the better. Rather than valuing the city’s history with projects that conserve and restore life to the heritage buildings, the city council seems intent on letting developers swamp Cardiff’s lovely old buildings with tall and ugly tower blocks. And don’t even get me started on the (surely now) outdated trend of façadism – there are at least two such construction projects underway in the central city as I write this – such lazy architectural design!

The reason for today’s rant is that I almost missed seeing what remains of St Mary’s Church because of yet another inner city construction project. The church itself is long gone – and I do mean long – due to the severe damage it suffered in the Great Flood of 1607, the church was abandoned in 1701. But the ghost of the church remains as an outline of pale stones on the side of the building that now stands where it once stood.

St Mary’s began life as a Benedictine priory way back in 1107, but its riverside location (prior to the River Taff being diverted in 1850) meant it was always susceptible to flooding and, apparently, bodies were frequently washed out of its graveyard.

In 1878, the site of St Mary’s was used for the construction of a theatre, the NewTheatre Royal, but that once grand building has seen many subsequent reincarnations, even for a time being a cinema showing pornographic films – I can’t imagine what the Benedictines would have thought of that. The building is currently a Wetherspoon’s pub, the Prince of Wales.

I don’t know how visible the outline of St Mary’s will be once the current construction project, part of the Central Square development, is finished but, if the wide expanses of bland concrete underfoot and the wind-tunnel-creating skyscrapers overhead are anything to go by, I doubt the developers would have even considered a nod to Cardiff’s historic past, so I’m glad I managed to pay homage to the old St Mary’s Church before it disappears. 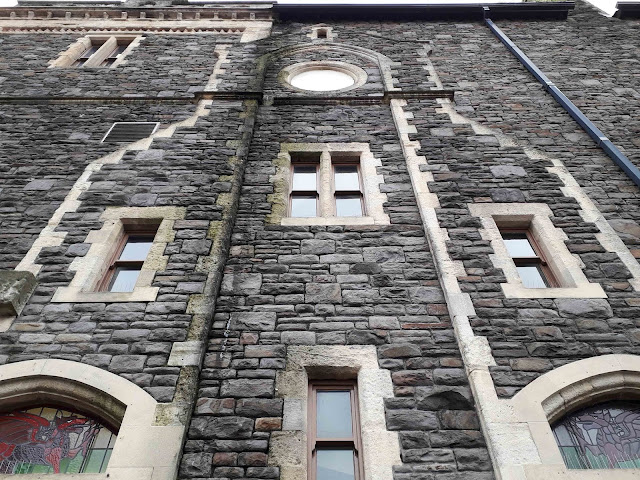 Posted by sconzani at 11:01 No comments: