It’s fair to say that neither Sarah nor I are women who enjoy nosing around the shops so, although we visited a lot of ’s towns and villages and did venture in to the occasional gallery or craft shop, we mostly avoided the bigger town centres. Newquay is a case in point. We drove straight through the town and headed for the coast to explore. 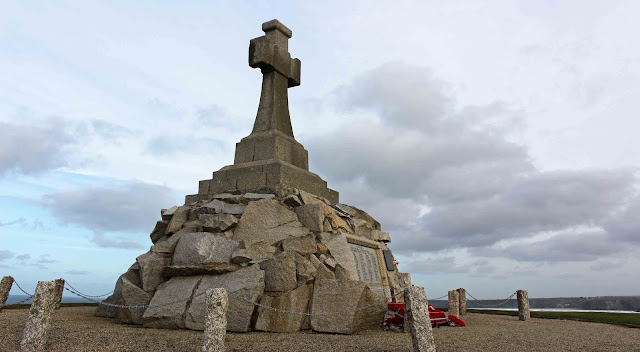 Newquay war memorial
This impressive war memorial loomed up in front of us when we parked the car. Unveiled by HRH Prince of Wales in 1921, it was erected by Newquay ‘to bear lasting witness to her sons’ supreme sacrifice in the Great War 1914-1918’ and ‘to the lasting memory also of those who gave their lives in the World War 1939 – 1945’. As well as a list of the names of local people who lost their lives during those two wars, there is also a newer plaque inscribed with one name of a soldier lost in conflict in in 2006. 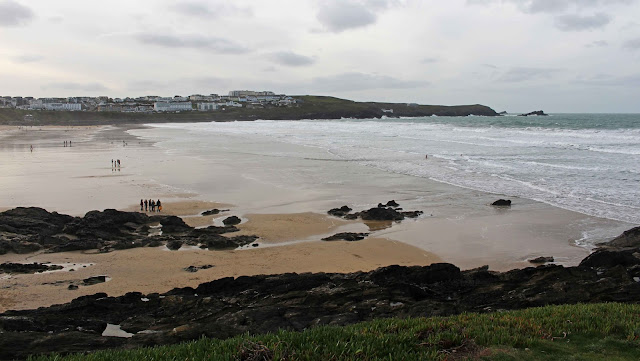 and the Boxing Day dippers
Fistral Beach looks like a magnificent place for a summertime swim but, if you look closely at the photograph above, you may just be able to make out figures in the water, a couple in the background and a couple closer to where I was standing. They were some of the mad idiots who routinely venture in to the freezing seas around ’s coast for the annual Boxing Day Swim. Fistral does not have an organised swim like or Poldhu, where swimmers dress up, the swim is done to raise money for charity, and lifeguards are on hand to ensure everyone’s safety. To be honest, I think these Fistral swimmers were extremely foolhardy!

Little Fistral
Beside the large stretch of sits Little Fistral, a small stretch of sand between great clumps of upthrust rocks. It may look pretty but, judging by the signs, it’s a very dangerous place indeed! 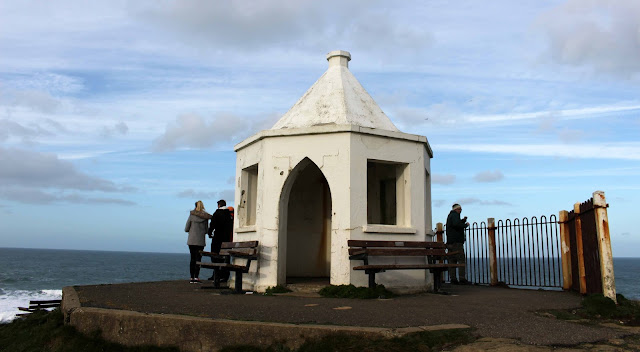 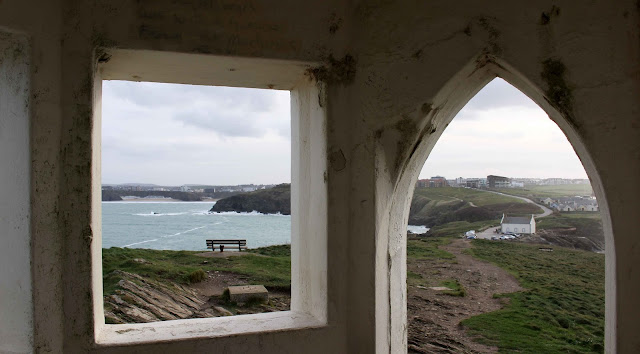 Towan Head
This headland juts out into the sea between Fistral beach and Newquay harbour, and is topped by a small white octagonal building that used to be the Coastguard Lookout Station. According to a nearby sign, it was previously ‘used by preventative men to keep a watchful eye for smugglers and free traders, engaged in illegal pursuits. Holes in the cliffs were used to hide illegal gains of tea, brandy, wine and silk, although evidence here suggest smuggling wasn’t common.’ The building still offers a good vantage point for views up and down the coastline. 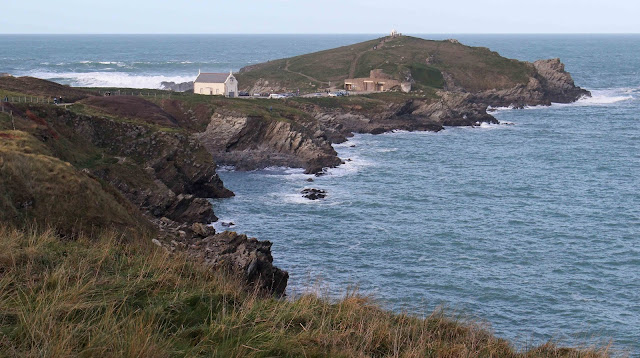 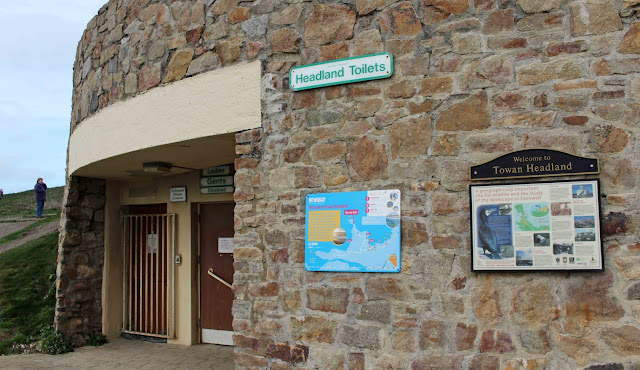 ‘Enforced winter closure’
Towan Head had a very impressive toilet block, larger than almost any other public convenience I’ve ever seen and, from a certain angle, shaped a bit like a submarine sitting above the water. However, there was nothing convenient about it. The doors to the Ladies, Gents and Disabled were firmly gated and padlocked with a sign above reading ‘Enforced winter closure’. What does that even mean?

The Huer’s Hut
From the sign: ‘The Huer’s Hut ... thought to date from the 14th century, was used as a look-out by a huer at the time of the year when shoals of pilchards were expected in the bay. A call on his horn raised the hue and cry alerting the townsfolk to the arrival of the fish. By means of hand signals the huer enabled the fishermen to position their boats and encircle the shoals with their nets.’

Harbour signs
There was another fine selection of signs along the wall of Newquay harbour. I had to ask Sarah what tomb-stoning was but my favourites were the two signs about vehicles, which I decided meant: ‘If you bring your unauthorised vehicle on to the harbour wall, we will push it into the sea!’ 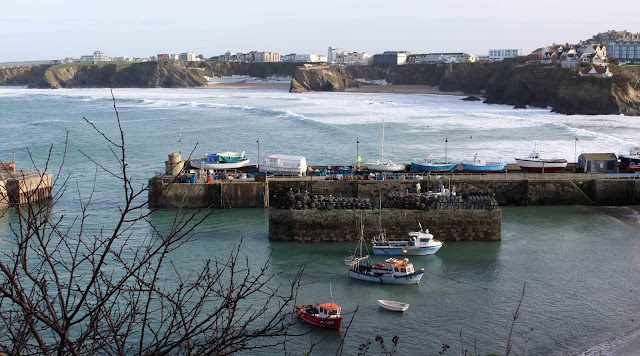 
The now-old quay that protects tiny Newquay harbour is the origin of the town’s current name. A fishing village from medieval times, it was known by the Cornish name Towan Blystra until the 15th century (in Cornish, towan means sand hill or dune and blystra means blown) when the Bishop of Exeter provided the funds to build the new quay to shelter the harbour from the blustery north-easterly winds.
Posted by sconzani at 19:03