I think many people will have heard of the Bow Bells, the bells on the Church of St Mary-le-Bow in ’s : you can’t call yourself a true Cockney unless you were born within earshot of those bells ringing. But I wonder how many people know that the Bow Bells also have a part of play in measuring road distances.

On the old main road south from London to Lewes, the distances were once measured from the church door of St Mary-le-Bow, and mileposts – decorated with bells and marking the miles from the London church – were placed alongside the route so travellers knew how far they had journeyed, or had still to journey, if they were travelling towards London.

The Public Sculptures of Sussex website reports that the mileposts lining much of this road – now the A22 and parts of the A26 – are thought to be the longest sequence of mileposts in , though sadly many have been removed, lost and/or stolen.

The mileposts were commissioned around 1754 by the Union Point to Langney Bridge Turnpike Trust, which was responsible for the maintenance and smooth running of the coach road. The posts were mostly made of cast iron and show a varying number of bells hanging from a bow – perhaps originally they all had five but some have eroded over time – dwindling in size from the top of the milepost to the bottom.

At the top of the post, above the mileage figure, most of the posts show a single black dot (as shown in my photographs, of numbers 43 and 53) but those in the area around Halland, the 44 to 54 mileposts, have a buckle (as shown in the photo at right, by Peter Jeffery, used under a Creative Commons licence, as credited).

The buckle represented the Pelham family who were local landowners involved in financially backing the turnpike’s extension southwards in the 1750s. The Public Sculptures website again:

In 1356 at the battle of a local knight Sir John Pelham together with Sir Roger de la Warr captured Jean the King of France, [and] because of this Sir John was given the King’s belt buckle as a badge of honour. This badge can be seen on many churches and buildings in the area around Laughton showing the influence and power of the Pelham family. 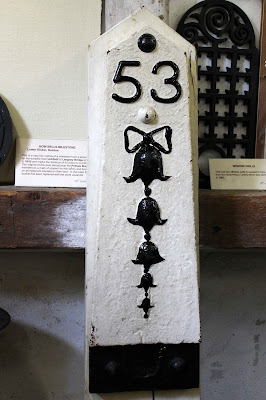 The number 53 milepost in my photograph is actually a replica from a museum in Lewes and, as the sign alongside explained:

This is a cast iron replica of a milestone from a series on the turnpike from Uckfield to prior to 1810 and marks the distance of 53 miles to .

The original of this post should bear the Pelham Buckle, intended as a mark of respect for this family and found on all mileposts situated on their land. In this case the buckle has been replaced with the more usual dot.

So far I have only photographed two of these historic mileposts, though I’ve seen a few more whilst travelling along that road, and I’ve managed to track down the location of several others that I hope to photograph in the future.

I find these physical reminders of Britain's history incredibly fascinating and hope they continue to be preserved (and not stolen!) for future generations to appreciate.

Posted by sconzani at 14:38 No comments:

I spotted one of these fire insurance plaques the last time I was in East Sussex and during my latest visit I saw three more, two in the lovely old historic town of and the other, the one shown at the bottom of this post, was attached to the 15th century Bridge Cottage in Uckfield. 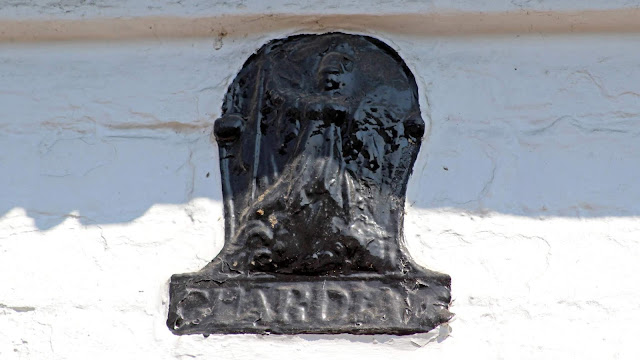 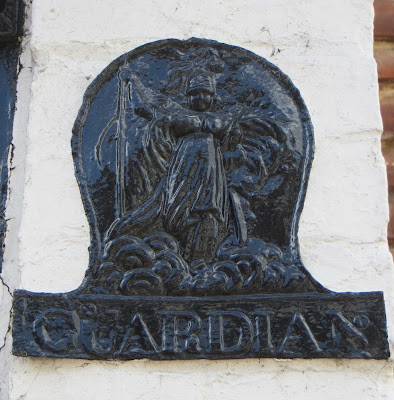 Fire insurance only came into being after the devastating fire of 1666. The Phoenix Fire Office was the first company formed, in 1680, followed soon afterwards by several other companies: established in 1710, the Sun Fire Office was one of the earliest, while Guardian Fire and Life was not founded until much later, in 1821.

Each of these insurance companies operated its own fire brigade so they needed a quick and easy way for their firefighters and assessors to identify which buildings were insured with their company. The plaques, originally made of lead but later also made of iron, tin and other materials, were the solution.

Some plaques, like the two Guardian signs shown here, simply displayed their company’s name and insignia; others, like the Sun Fire Office sign below, also included a number for easy reference to their customer ledgers. 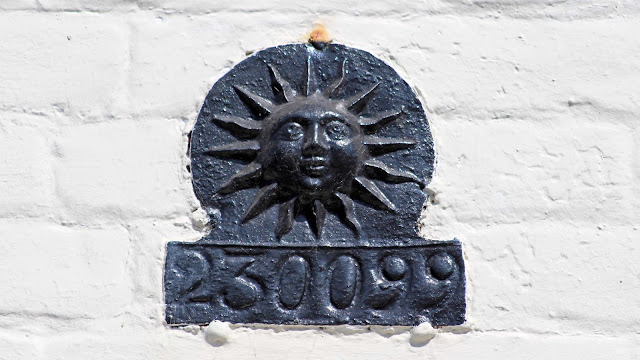 Helpfully though, fire brigades didn’t just extinguish fires in buildings displaying their own plaques – after all, a fire could easily spread to an adjoining building that was insured by them – so they would fight a fire in any building displaying a mark and charge the other insurance company for their efforts. 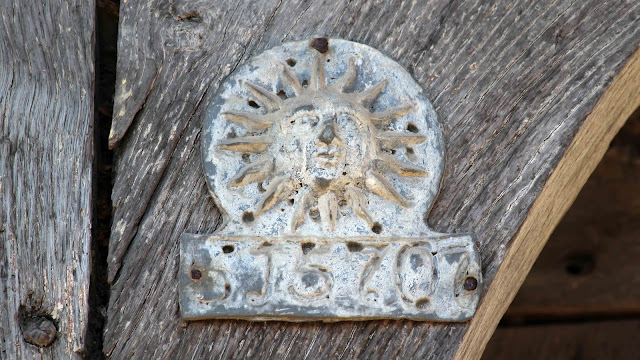 Posted by sconzani at 17:20 No comments: