Christmas Eve saw us out and about for our second day exploring charming . Disappointingly, Poldark Mine was closed but St Michael’s Mount was looking magical as we parked and set off for an hour’s stroll along and back. Not only were the kiteboarders enjoying the stiff sea breezes but thousands of gulls were also on the wing above the waves. (For more on what caused that phenomenon, see here.) 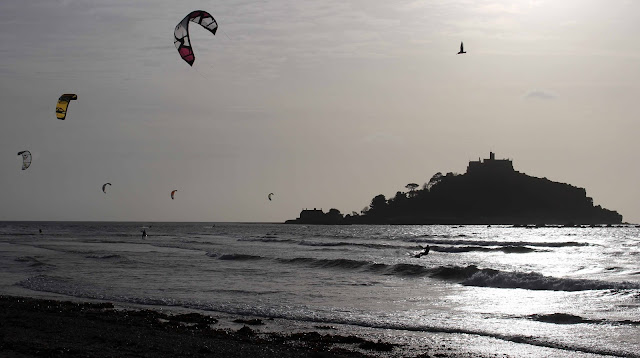 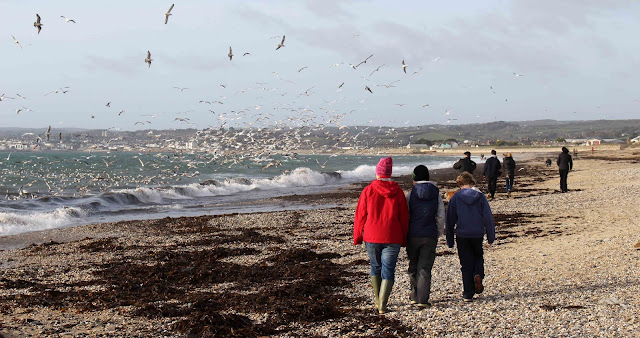 Next stop, St Ives. We parked the car in a carpark high on the hill above the town, which was perfect for panoramic views but took a bit of effort climbing back up again later in the day. The weather was bright and sunny, and the town was crowded with holidaymakers and last-minute Christmas shoppers but it didn’t feel too packed, just had a pleasant holiday buzz to the atmosphere. 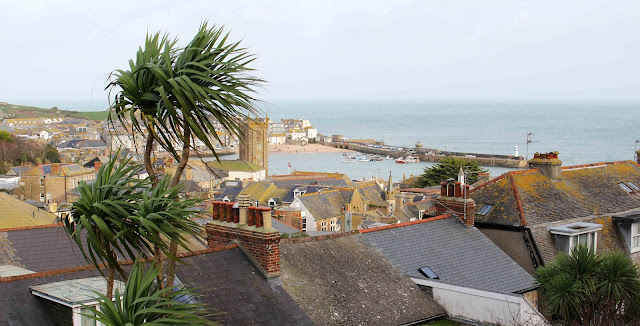 There were plenty of narrow winding streets lined with interesting shops and galleries to explore, as well as the ubiquitous bakeries selling world-famous Cornish pasties in all manner of ingredient combinations. 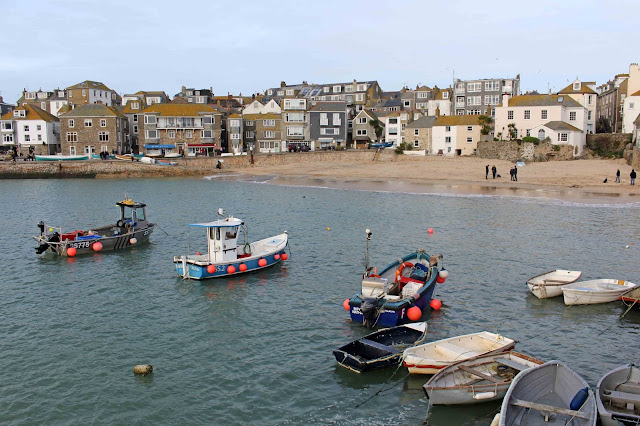 After some time spent mooching around the galleries, we decided to buy pasties and find a seat somewhere around the harbour to eat. Our pasties came with a warning, however: ‘The gulls here are vicious. One will distract you while the others swoop down from behind, so be careful where you sit and, whatever you do, don’t feed them!’ Forewarned is fore-armed, as they say, so we found a bench with our backs to a building wall and weren’t bothered at all by the scavenging gulls ... though I’m sure the scouts on the rooftops were watching our every mouthful! 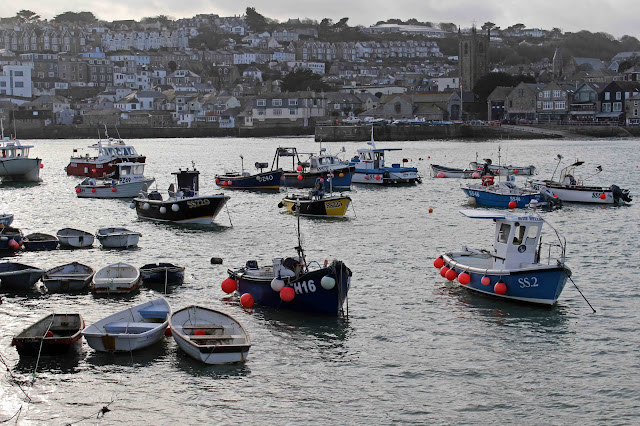 Lunch polished off, we walked further, round the harbour, to the little lighthouse at the end of the harbour wall, along alleyways, up and down lanes. Eventually, our legs grew weary and we still had that hill to face so off we set. 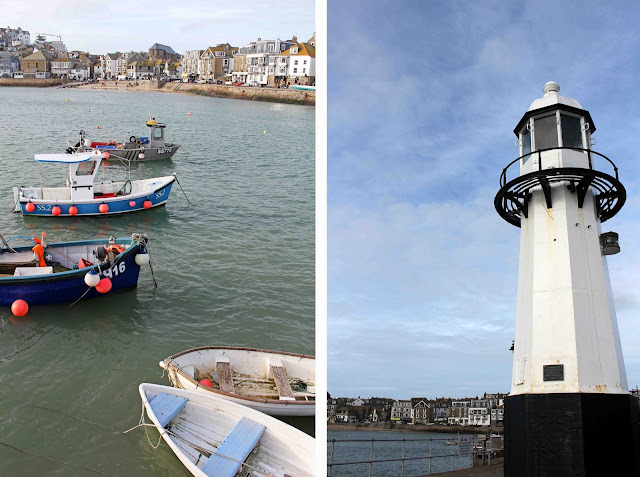 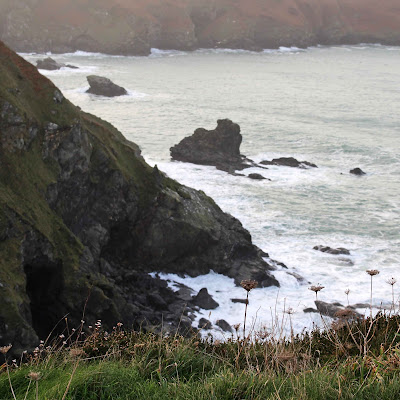 Rather than drive the main highway home, we headed north through Hayle and then along the coastal road.

The scenery was spectacular and, when we saw a sign for Deadman’s Cove, we couldn’t resist stopping for a gander and enjoyed a bit of a wander along part of the coastal path, though not too close to the crumbly edges.

It was the perfect way to polish off another magnificent day in magical . 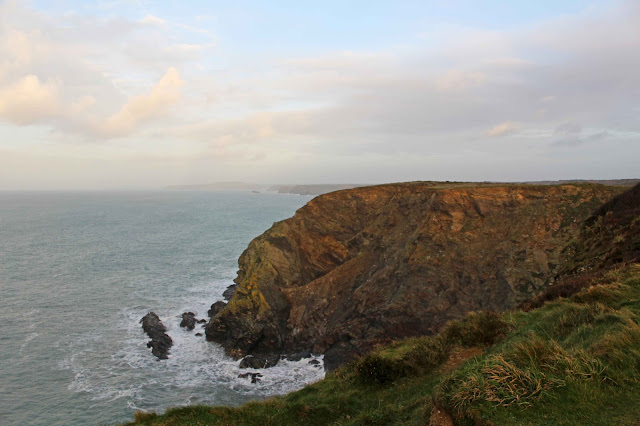