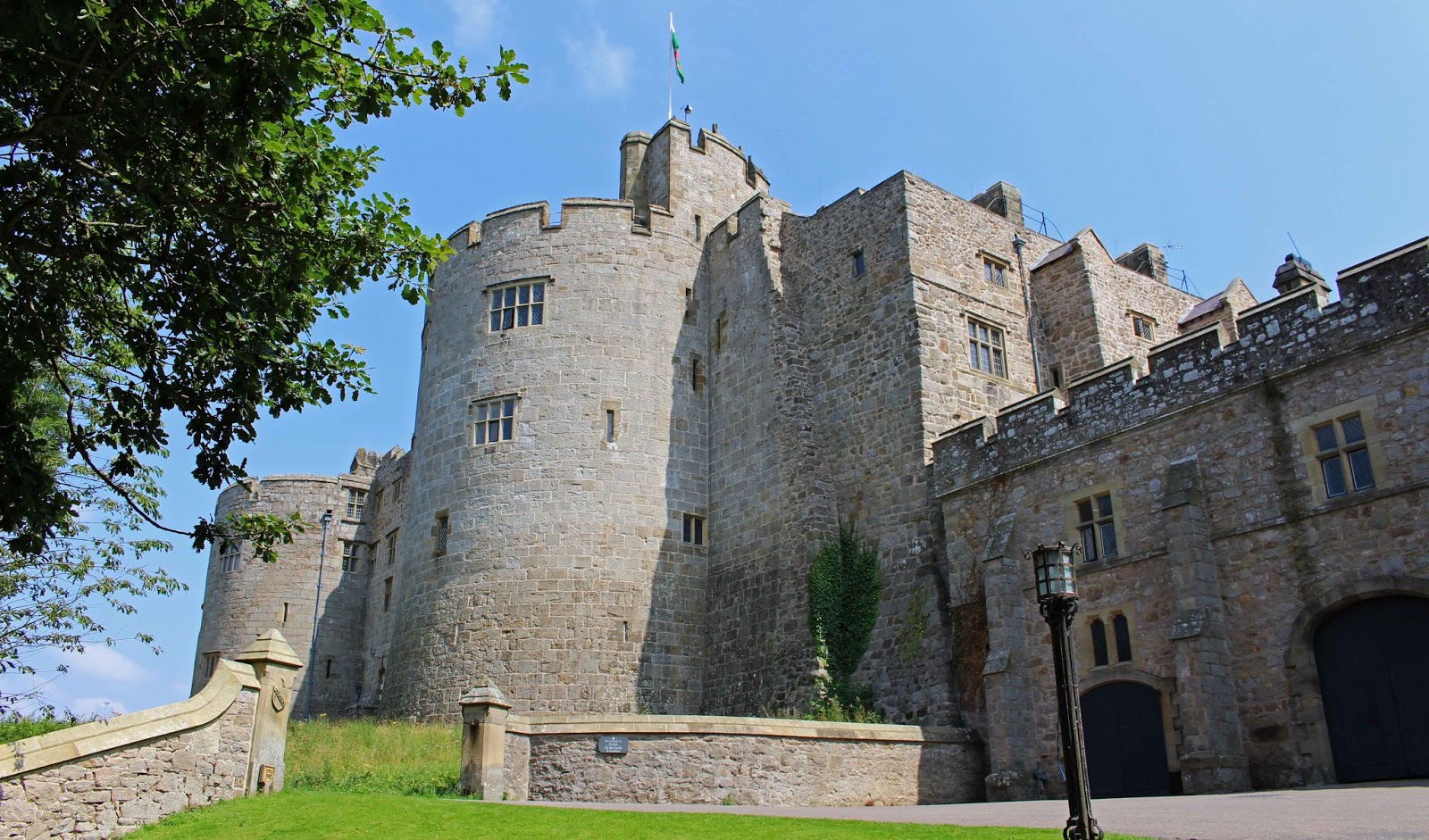 I spent just one day in during this trip to the – some day I will return to explore further. This post describes the first half of our day trip, to visit the amazing and the Chirk and Pontcysyllte Aqueducts – more on those two incredible feats of engineering in the next blog.

We set off at 10am and didn’t get home till 9pm so it was a very long but truly splendid, action-packed day. After an hour’s drive, leaving behind the bountiful farmland of the Cheshire Plains for the rolling hills and valleys of north Wales, we arrived in the little town of Chirk and easily found our way to their impressive castle – my only castle visit on this trip but what a cracker!

Chirk is part fortress and part family home. Built between 1295 and 1310 by Roger Mortimer de Chirk, it was originally part of Edward I’s ‘Iron Ring’, a chain of fortresses built across northern to keep the rebellious supporters of Welsh ruler Llewellyn-ap-Graffyd in check. The land was granted to Mortimer for his role in killing Llewellyn and his two young sons. 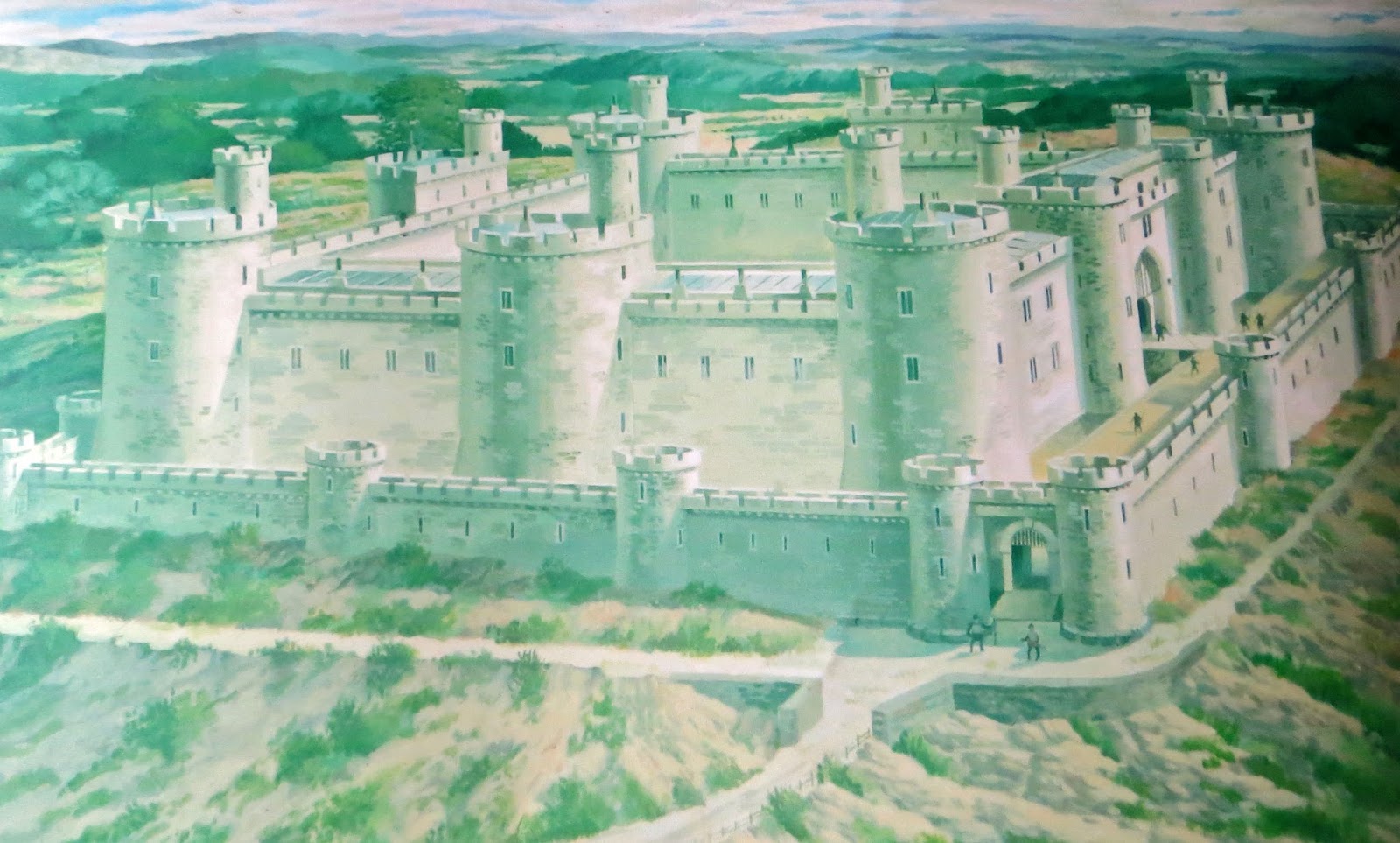 Though not particularly tall, Chirk is still a formidable structure, hunkering down on top of a hill, perfectly positioned for defence. What we see today, however, is not what the castle originally looked like, as this illustration from a signboard at the castle clearly shows. The front third of the castle, comprising two drum towers, and the barbican gate on the south side, are now gone. This may well be a reflection of the castle’s history. During the Civil War in 1644, the governor of the castle had his men use stones from the battlements to drive off an attack by parliamentary forces.

During the medieval period Chirk’s fortunes swung between glory and disgrace – five of its owners were executed for treason, and during the Tudor period was held by the crown, until I gave it to her favourite Robert Dudley. In 1595 Chirk was sold for £5000 (that’s the equivalent of 12 million pounds in today’s money) to Thomas Myddleton, a rich merchant who rose to become Lord Mayor of . He was the one responsible for converting the castle from fortress to family home, and Chirk remained in the Myddleton family for the next 400 years, until it passed to the National Trust in 2004.


The castle’s life as a fortress is very apparent, in the crenellated battlements, in the interior displays of coats of arms and old weapons, in the guard tower with its eerie dungeon deep below ground. But the interior also provides ample evidence of the wealth, the status, and the eclectic nature of its various occupants. The staterooms are magnificently appointed, with the intricately decorated ceilings I love so much, with lavish furnishings and tapestries, there's a fabulous 17th-century Long Gallery and a well-stocked library – my neck was craning in all directions to take in the splendour of it all. 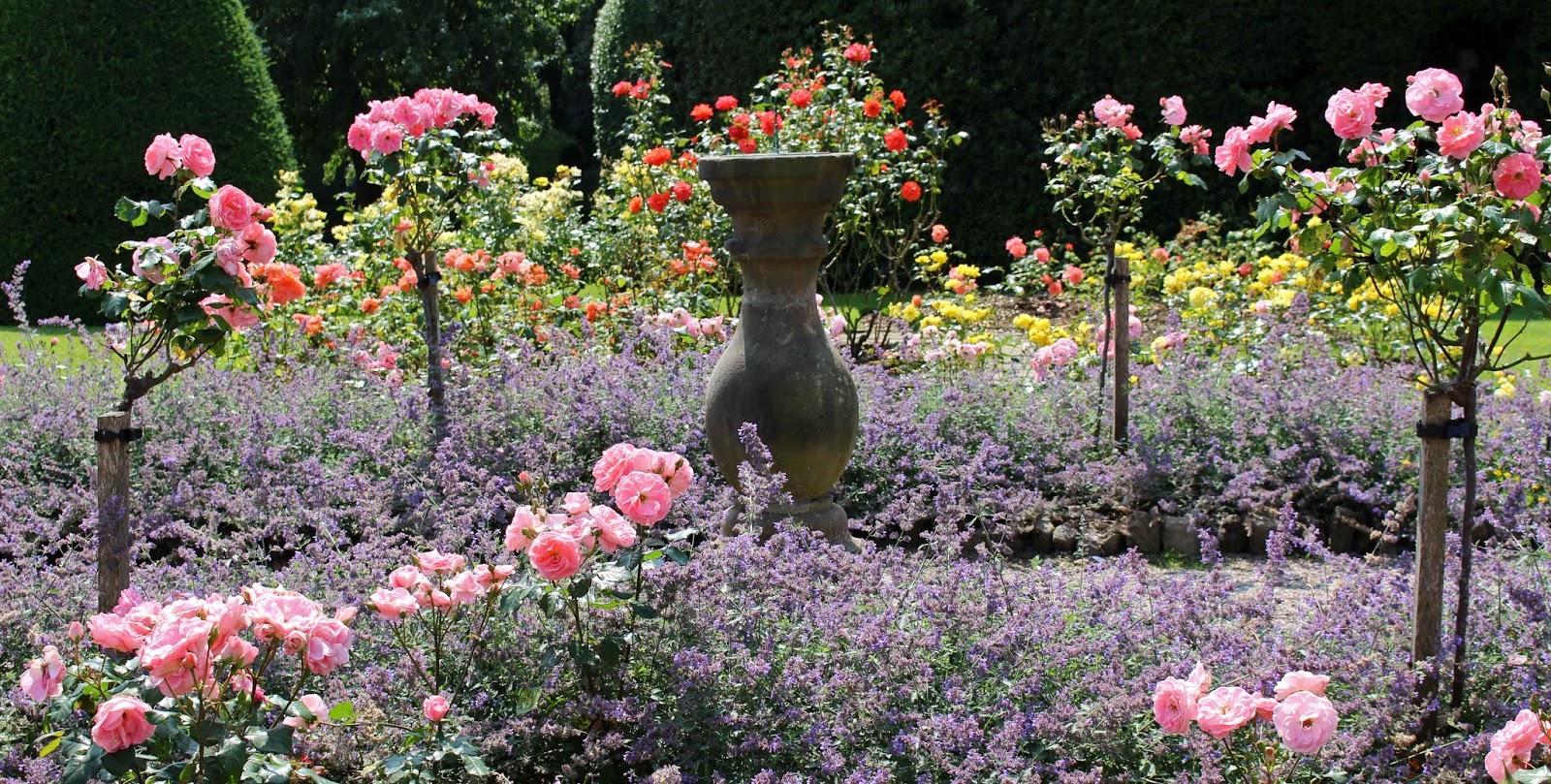 And the gardens were equally magnificent, with beautiful rose gardens close to the house, a clipped and shaped yew hedge, long expanses of lawn edged with glorious borders of flowers and shrubs, a small pond with waterlilies, some large old specimen trees, a double Haha (a Hahaha?) overlooking fields of sheep, and a lime tree avenue with a large statue of Hercules as the focal point at the top of the rise.

Hercules, a lead statue that was commissioned by Robert Myddleton in the 1720s, was my particular favourite. He used to stand outside the castle’s main entrance, with a companion figure of Mars, but, poor chap, he was moved to an outlying woody area in the 1770s. And there he languished, away from the public’s gaze, quietly deteriorating until the R.A.F. used one of their helicopters to rescue him in 1983. The National Trust has since restored him and placed him in this prime position in the avenue.

As well as the 5.5 hectares of garden surrounding the castle, its 480-acre grounds also include longer woodland walks and, apparently, a well preserved section of Offa’s Dyke. Unfortunately, we had lots more to see so needed to move on – but, before we left this superb place, we got photos of the very grand, though now mostly disused entrance gates and the very pretty flower-festooned black-and-white gatekeeper’s cottage.

Details of our adventures during the rest of this one-day visit to follow in the next blog.