The weather was sunny once again – though not renowned for its balmy weather, Blighty was very kind to me during this trip – and Sarah needed to collect some shoes from the repairman in her closest large town, Northwich, so we decided to walk there and back, about an hour each way.

It was a pleasant stroll and good exercise if rather hot. The first part of our walk was on a footpath along the roadside then we veered off onto trails through the Northwich Community Woodlands, where there are ‘flashes’ – a local word for lake, or, more accurately, areas of land that are filled with water in the winter and spring but mostly dry out over the summer months. These are havens for water birds and, though this was a quiet time for the birds, we saw, at a distance, black-headed gulls, white swan, lapwings and more. It must be a twitcher’s delight in the wetter seasons. 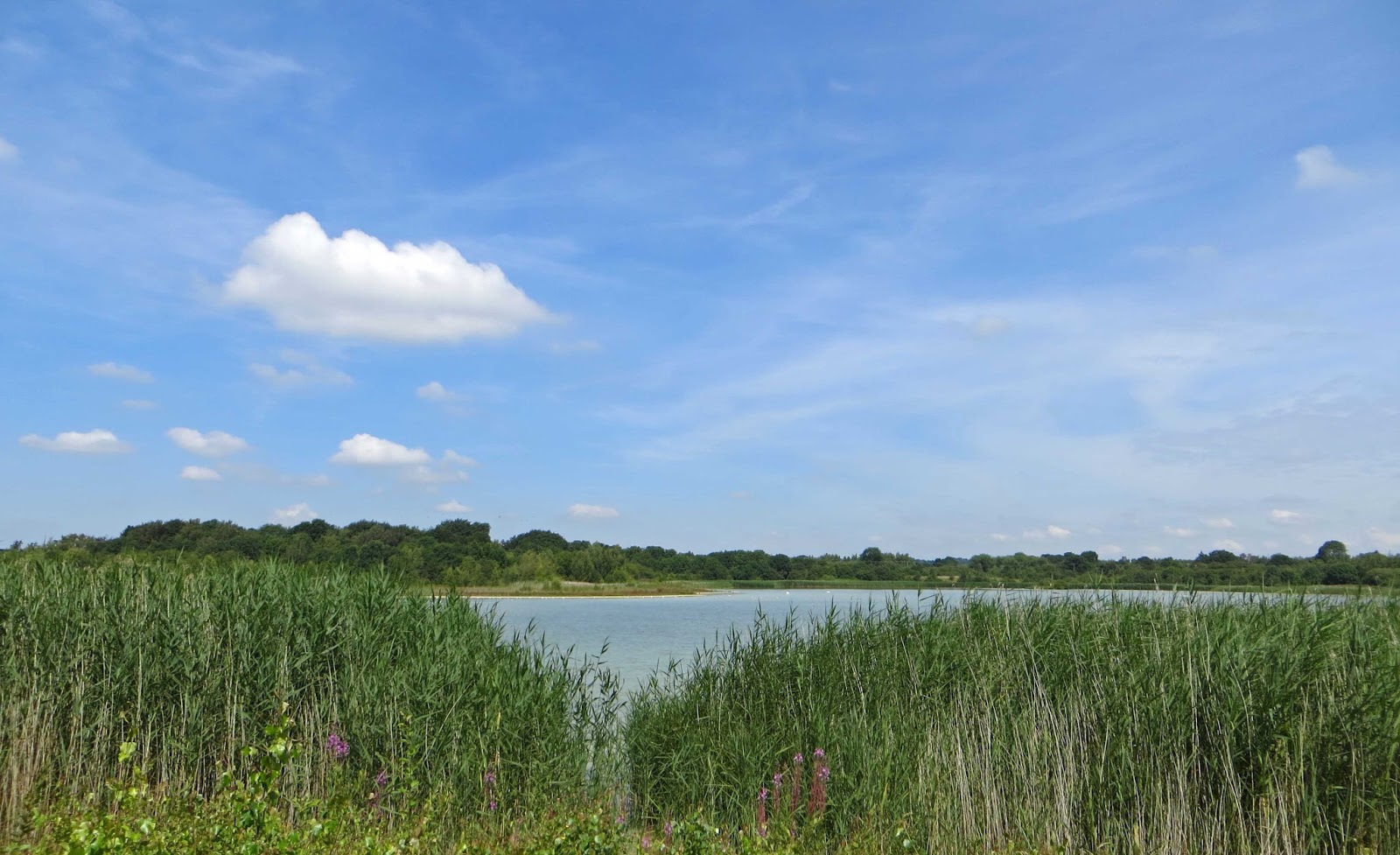 My lesson in the local vernacular continued as Sarah explained that ‘wich’ on the end of a town’s name refers to salt production. There is salt under the surface here – the locals hereabouts have been drying brine to produce salt since Roman times. Rock salt has also been mined in the surrounding area, though this has left large caverns underground which have, in turn, caused problems with subsidence. As part of a major redevelopment of Northwich, the mines have now been stabilised by removing millions of litres of brine and replacing it with a mixture of pulverised fuel ash, salt and cement.
Hopefully, the redevelopment will not overshadow Northwich’s pretty little shopping area, which contains many examples of typical black-and-white half-timbered Cheshire houses, some of which are genuinely old, others made to replicate the old architectural style. According to Professor Wiki, ‘the black-and-white revival was an architectural movement from the middle of the 19th century which reused the vernacular elements of the past, using timber framing’. The Victorians seemed to like the idea of painting the wooden framing black and the panels in between white, as part of their revival of Tudor architecture.

It certainly makes for picturesque images and my photo of the day was of one of these buildings (above), now a shop, that has dragon and monster heads adorning the jettied, carved window heads, and four figures (carved and painted) on either side of the mullioned windows. The figures apparently represent the town cryer and the nightwatchman, and the couple holding cups and plates, the innkeeper and his wife. Other buildings had similar types of decoration and my neck was soon stiff from craning upwards to look at them all.

Northwich also has two very unusual swing bridges, which usually carry road and pedestrian traffic but still have the ability to swing from one end to the side of the river to allow taller river traffic to pass. , built in 1898, and (pictured here), built a year later, are believed to be the first electrically powered swing bridges in . Two bridges were built so that, when a ship was passing through town, road traffic would always be able to pass over one of them. 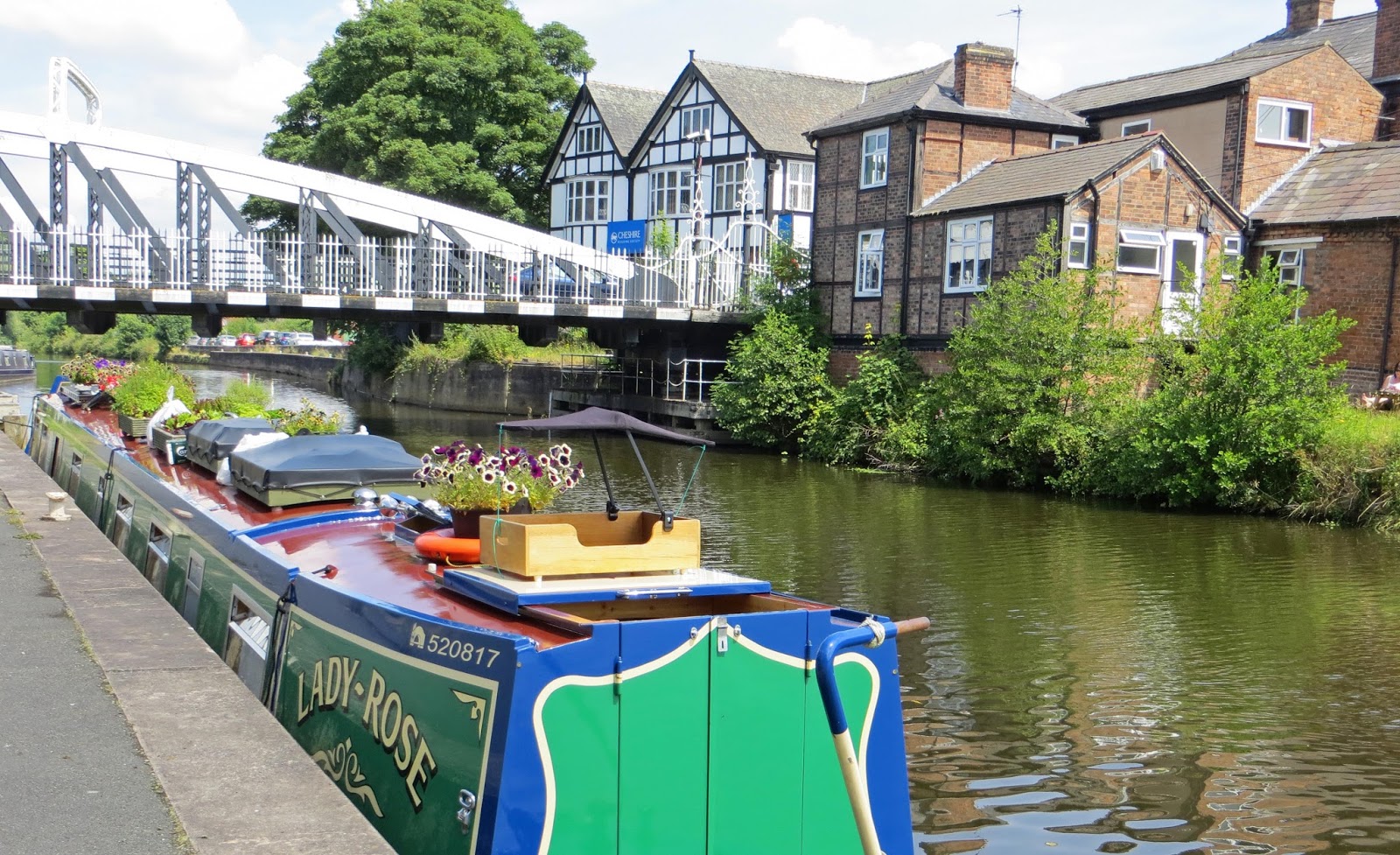 The waterway pictured above is the River Weaver (and the River Dane also runs through Northwich) but there are also canals aplenty in this part of the country – used in the past to transport the salt and now for pleasure, with many narrowboats and broader canal boats to be seen. There is something romantic about these boats – imagine living on one and exploring that way! 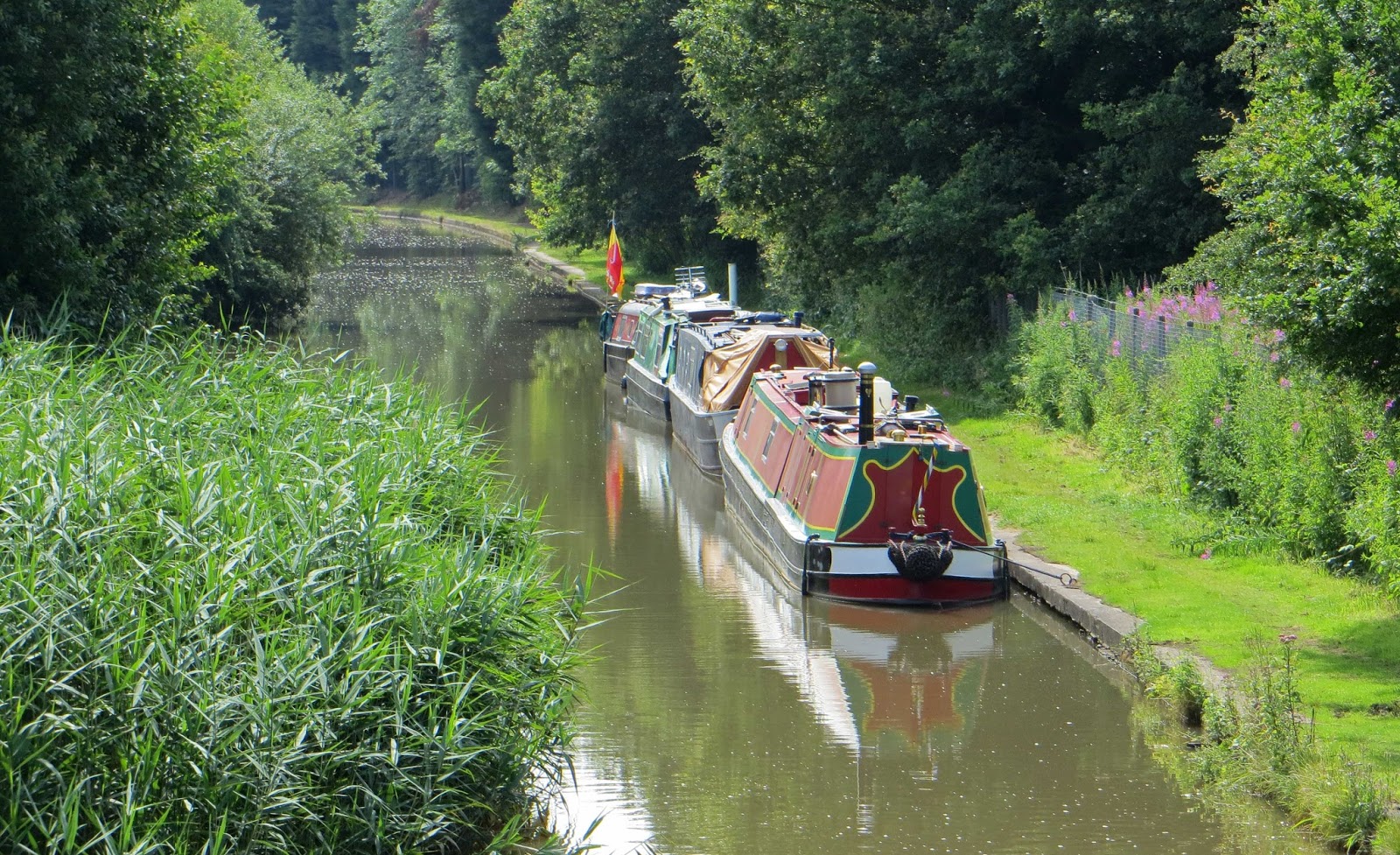 My fascination with ’s pub signs began on this day in Northwich, when I first saw the sign for The Swinging Witch. From what I could discover, the name is recent and simply an invention – there is no historical story about the hanging of a local witch to go with it, though local resident Phil Thompson was kind enough to send me information about the case of the supposed demonic possession of a young Northwich lad in 1602. The signs of his ‘possession’ were: ‘the wagging of the head without intermission, supernatural strength, senselessness during his fits, utterance of wonderful speech’ – sounds like the poor lad simply suffered from something like epilepsy.

The does not have such a colourful story attached – as the sign indicates, it is situated beneath an iron railway bridge – though there is a mystery hanging over it. It was formerly called The Thatched Tavern, though the roof is not thatched and, as the building actually consists of three terraced houses knocked together, it may always have been tiled. Perhaps the name recalls a previous building on the same site. (There will be future blogs on pub signs!)

Northwich, then, was an interesting town to explore. We wandered from one end of town to the other, Sarah got her shoes, and we enjoyed lunch and some people-watching sitting outside a local bakery. Afterwards, we walked back the same way we had come, and it was even hotter! I was to discover the delights of a refreshingly cool jug of Pimm's later that afternoon.
Posted by sconzani at 04:45