This must surely be my favourite of all the historic places I visited in the on this trip! 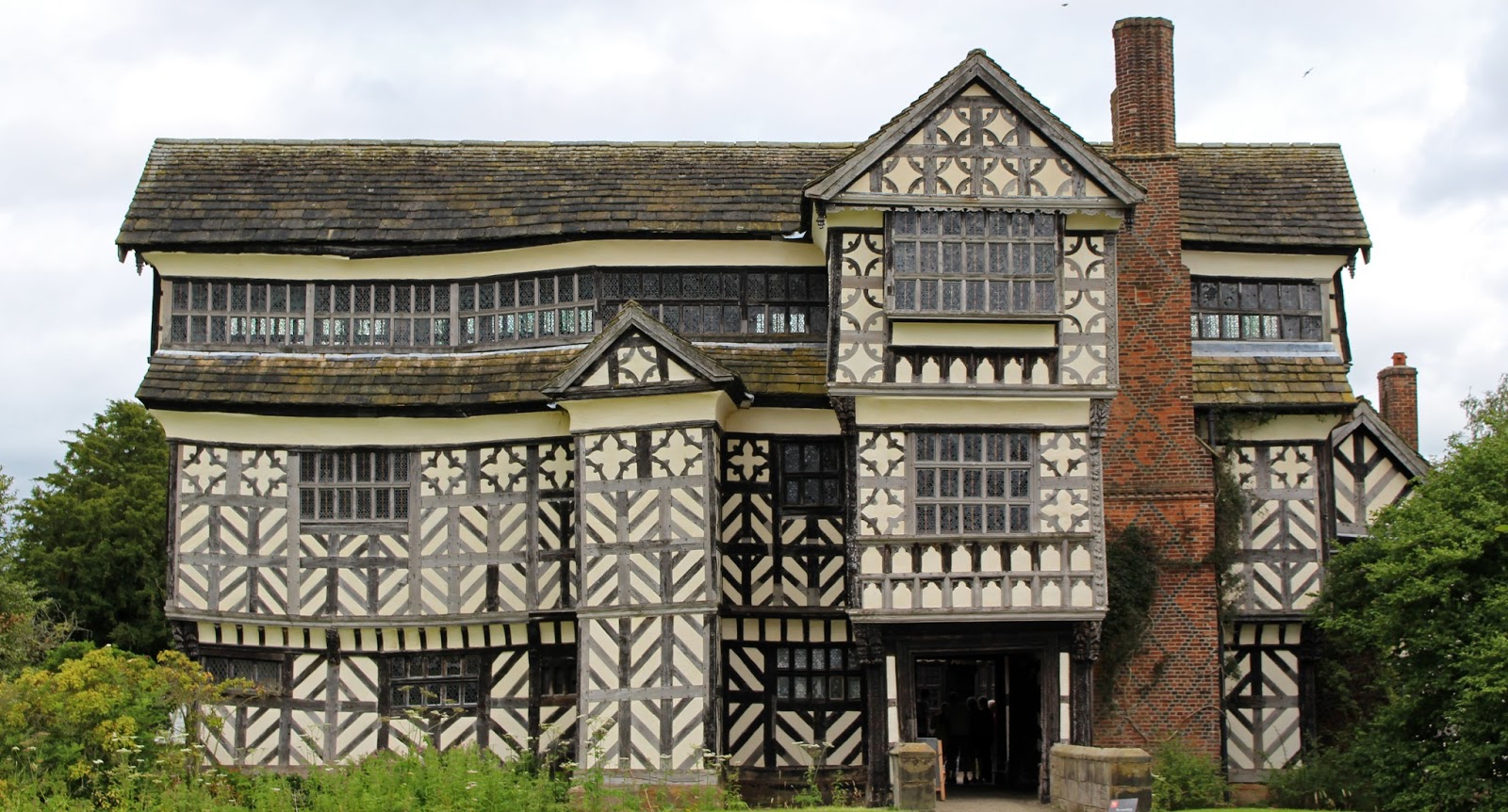 The Tudor-era Little Moreton Hall, a wonky black-and-white complex of buildings, was built progressively from the late 1400s to around 1610. As the Moreton family’s wealth accumulated and they wanted to impress their peers and betters, they added extra wings to their manor house, which now ranges around three sides of a central courtyard.

We took a guided tour so had an informed introduction to some of the history and features of the house. In the Great Hall sits the trestle table where the lord of the manor would have sat to eat. The table consists of two separate pieces, the supporting trestle and the one long wide piece of wood that sits on top, the board. As our guide explained, a lot of modern English expressions originate from that board. For example, when you played games on it, you were playing ‘board games’. To ensure you didn’t cheat at those board games, you had to keep your hands ‘above board’.

Actors would stand on top of the table so everyone could see them perform, hence the expression ‘treading the boards’. A couple of smaller planks would be fixed to the walls to hold the cups, hence the word ‘cupboard’. ‘Board and lodging’ refers to food and accommodation because the guests’ food was served on the board. ‘Half board’ and ‘full board’ comes from the same idea and depended on how much food was placed on the board for the lodger to eat. ‘Sideboard’ came from moving the board and trestle to the side of the side of the room to make space for other things, like dancing. Fascinating stuff!

There were many more interesting things to be found in the sparsely furnished interior. The bed is a modern reconstruction of a traditional Tudor four-poster, with a truckle bed alongside that was pulled out from under the main bed at night for the occupant’s servant to sleep in. The drapes on the four-poster were for privacy, as much as for keeping out the drafts! Next to the bedroom is one of the house’s toilets, an exceedingly drafty garderobe. Did you know clothes were stored next to these rooms because the stink of ammonia (from the urine) helped keep the moths and other insects at bay?

One particularly striking feature, to be found in the Parlour adjacent to the Great Hall, is the wall paintings, dating from c. 1575-80, which were only discovered behind the Georgian wood panelling in 1976. The paintings include imitation marble and Biblical scenes, some painted directly onto the plaster and others painted on paper which was then pasted on to the walls.

Two impressive fireplaces can be seen by visitors, both dating from Elizabethan times. The one in the Upper Porch Room (above right) depicts the figures of Justice and Mercy, on either side of the Moreton coat of arms and those of the Macclesfield family – John de Moreton married Margaret de Macclesfield in 1329.

Little Moreton Hall was almost completely constructed of green oak, which is partly why nothing is square or right-angled, with undulating floors and skewed window-frames. It’s the Victorians who were responsible for the black and white colour of these old buildings – originally the oak was just left to weather so would have ranged in colour from brown to silvery-grey and the plaster, which includes cow dung, would have been a more creamy colour.

The 68-foot-long Long Gallery (above) was a late edition at the top of the southern range, meaning the two floors underneath it were not intended to carry its weight, meaning its floor is extremely wonky and the whole has had to be reinforced with an ‘invisible’ steel support structure to prevent the house from falling down. The Long Gallery became popular during Elizabethan and Jacobean times, as a place to entertain guests and a place to walk for exercise when the weather outside was inclement.

The Hall Porch (above left), constructed around 1480, has some particularly fine examples of the type of decorations popular in those times. According to a signboard at the house: ‘The Elizabethans delighted in “grotesques” – an unnatural or un orderly composition for delight sake, of men, beasts, birds, flowers, etc ... They also loved “dainty” and intricate patterns, derived from the Moslem “moresque” and Flemish strapwork, and used them to embellish everything from friezes, windows and ceilings to gardens.’ In this photo of the porch, you can see trailing vine designs, cable mouldings in the columns on either side of the doorway, and the very popular quatrefoil patterns that were carved out of solid wood. 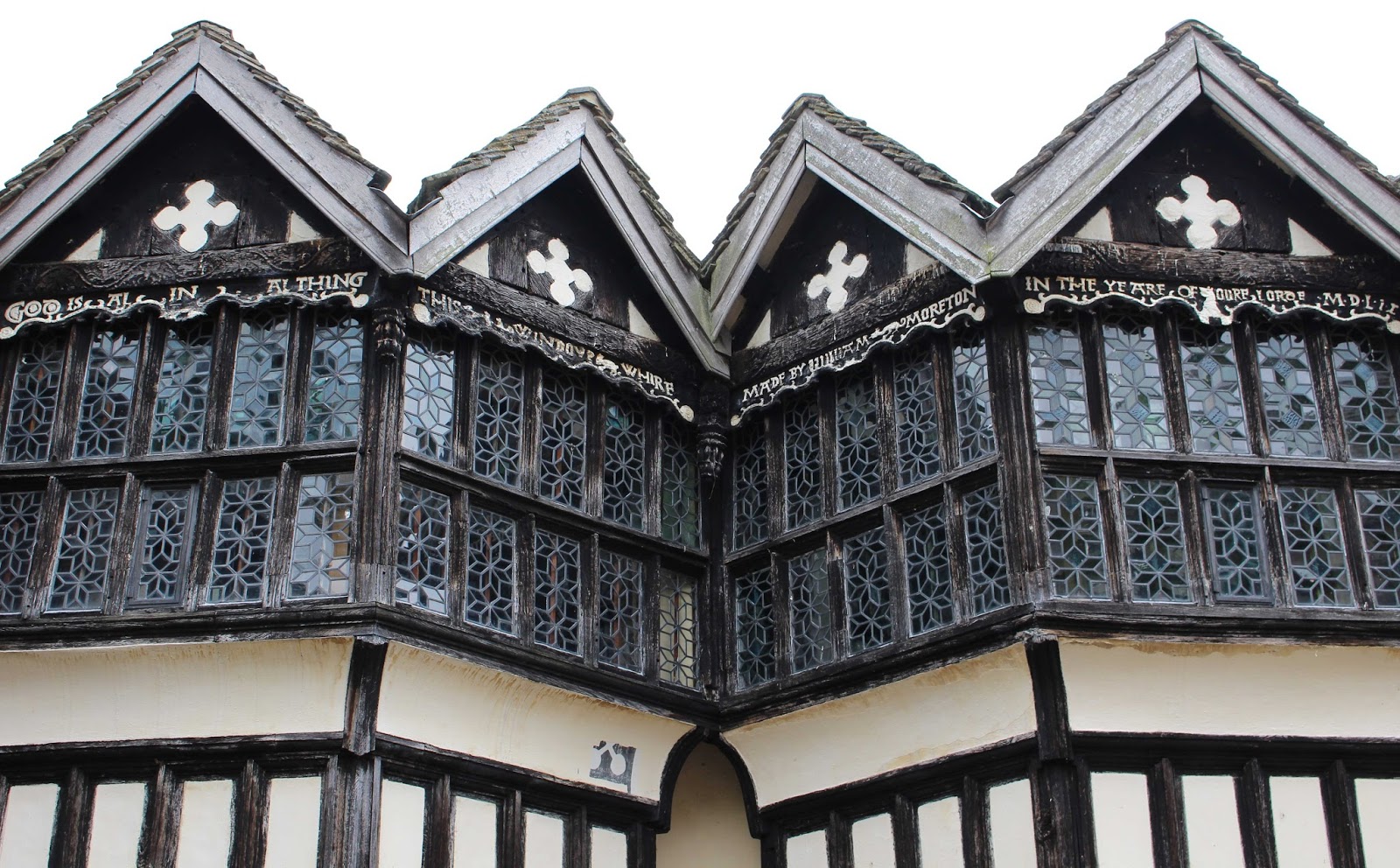 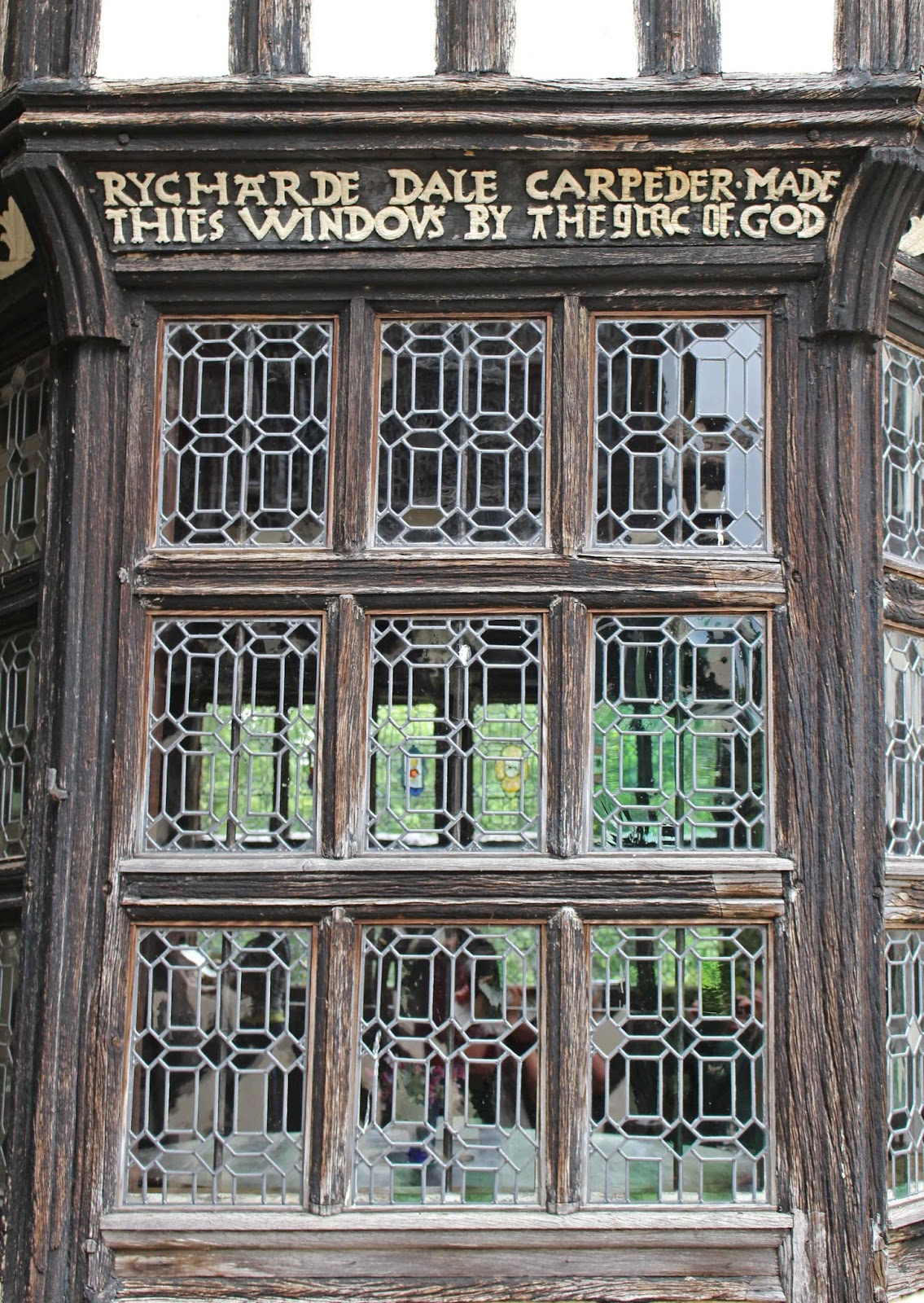 I particularly liked the wide range of window designs to be found throughout the house, with patterns of rectangles and squares, circles and triangles that all seem to complement the decoration of the timber framing.

The large bay windows (above) were added to the Great Hall in 1559, as you can tell from the words that run along their tops: "God is al in al thing: This windous whire made by William Moreton in the yeare of oure lorde MDLIX” and above one of the windows on the ground floor (shown here at left): “Richard Dale Carpeder made thies windous by the grac of God."

Note the small line above and between the letters ‘e’ and ‘d’ in the word ‘carpeder’ – this indicates that the person painting the inscription realised they’d left a letter out.

Little Moreton Hall is one of the most fascinating, atmospheric, intriguing, pretty, evocative, engrossing, and enchanting places I have ever visited. If it’s possible to fall in love with a house, then I did that day. The whole place seems to have been lifted straight out of a fairy tale! 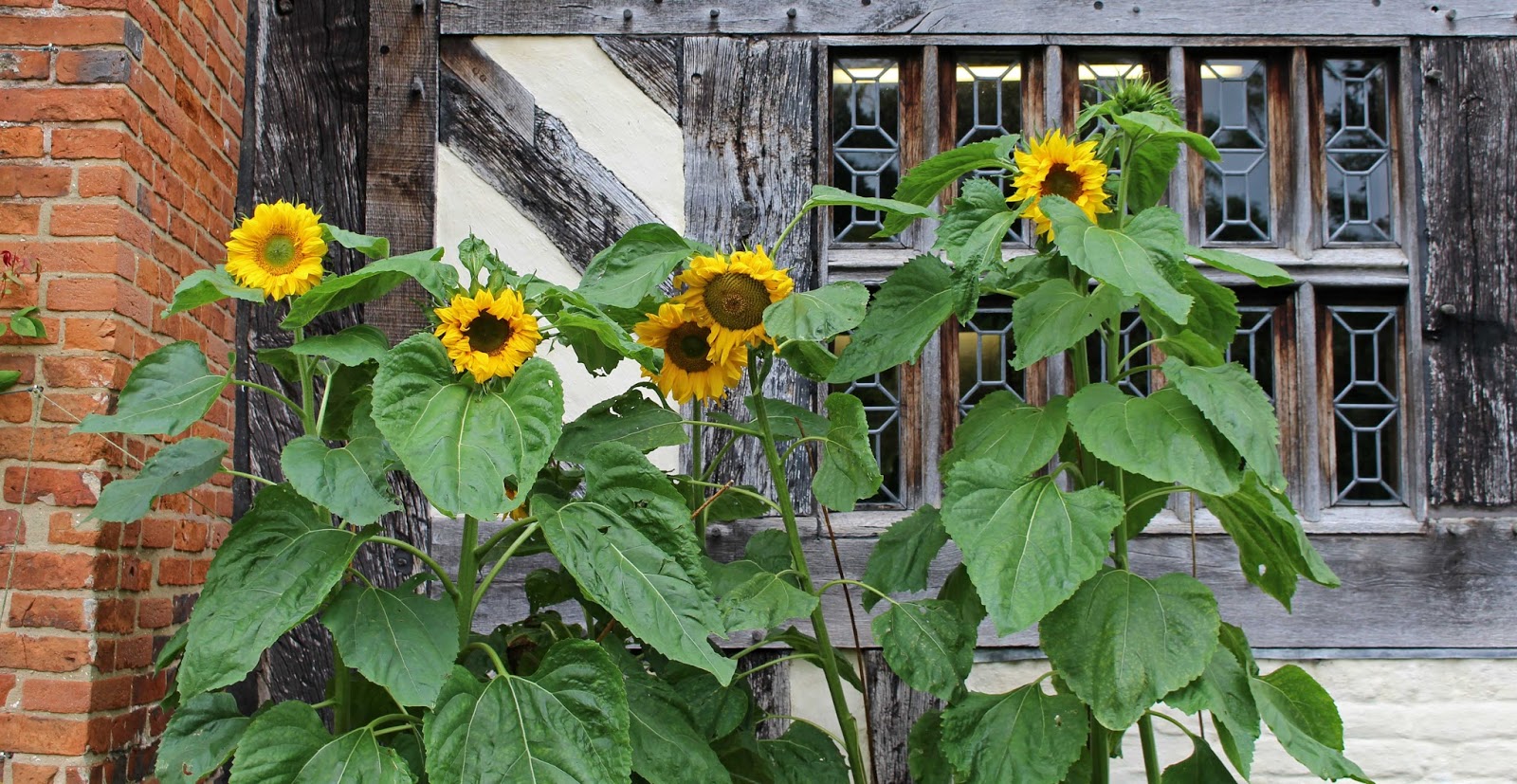