On the last day of our Red Planet Expedition we were woken at 4.15 for a quick pee, brush of the teeth, pack and load. We were aiming to be inside the crater of an active volcano by sunrise – and we were! On the rim of the crater we were at the highest we’d been on this trip – and the highest I’ve ever been in my life – at 5200 metres.

The fumeroles in Sol de Mañana were impressive in the freezing cold morning air. There were a couple of very tall geysers and a lot of gas escaping the ground at high pressure, and some small mud pools – not as impressive as the thermal activity in New Zealand but there we would have been fenced off for safety’s sake. Here, we walked where we liked.

On to another lake, on the edge of which were thermal hot springs. The pool was tiny but several people took a dip, mostly to warm themselves up, I think. I wandered, taking photos of birds in the steam and the beautiful morning light. We had pancakes for breakfast in the restaurant at the lakeside, then headed on to the last amazing lake of our tour. 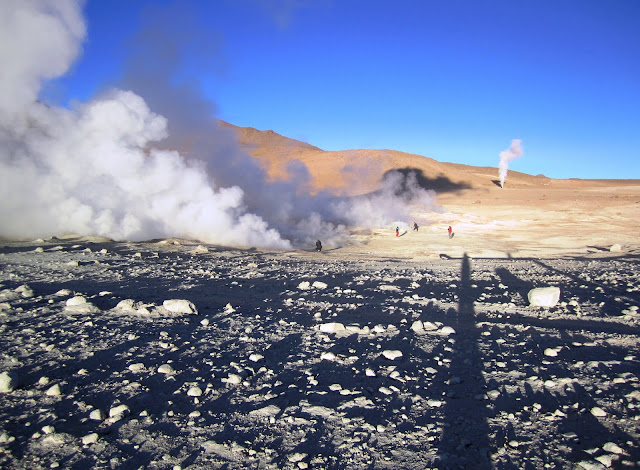 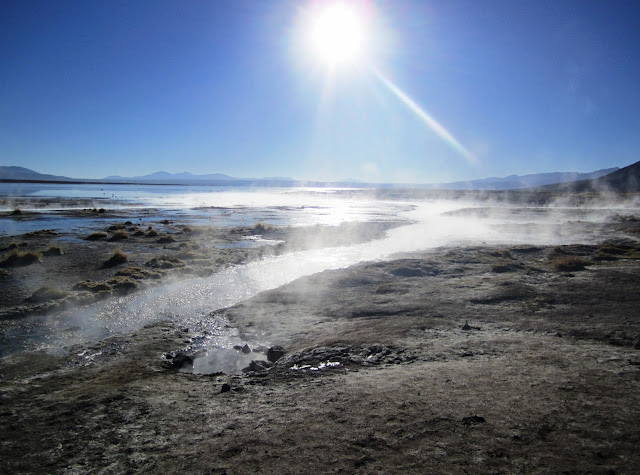 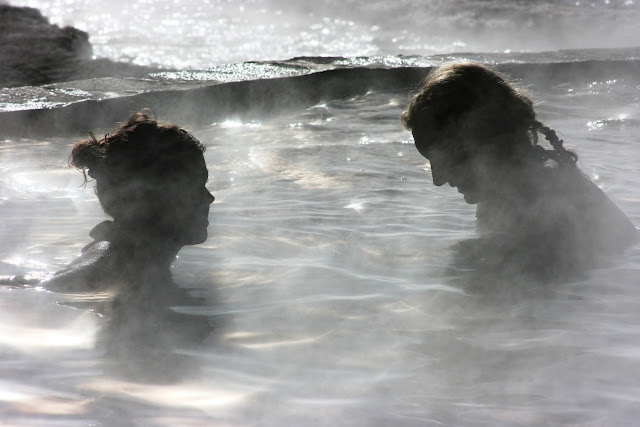 The colour of the Green Lagoon – Laguna Verde – is caused by the high concentration of arsenic and copper in the water. The lake is 17km2, is shallow and toxic. Its waters have been drying up since the massive Chilean volcanic eruption earlier this year, and it may eventually disappear. According to Al the tour guide, the whole volcanic area here in Bolivia has been more active since the volcano in Chile blew, proving they’re connected underground. Licancabur volcano sits behind the lake, in all its Fuji-like magnificence. More great photos! And, as this was our last stop as a group, we also took group photos.
﻿﻿﻿
﻿﻿﻿﻿﻿﻿
﻿﻿﻿

Next stop, Chile – or, at least, the border. Some of our group departed there, leaving only 5 of us to return to Uyuni. In such a remote area the border wasn’t fenced off, so I walked over to Chile for about 5 minutes – and I have the photos to prove it. You could, in fact, stand with one foot in each country if you wanted. 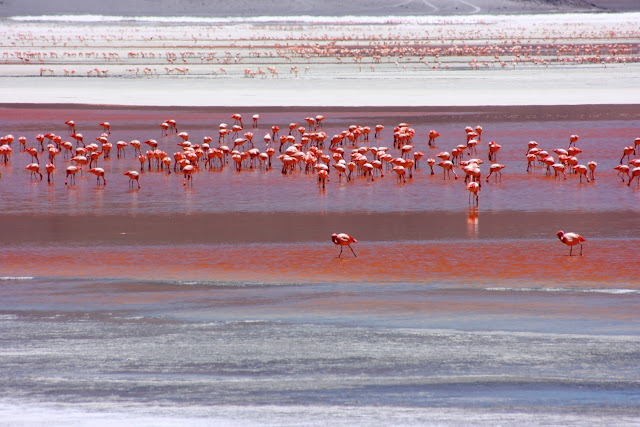 From the border, we retraced our route – though not the exact same route – back to Laguna Colorada. Blass, our driver, was happy to stop for photos, so we often did – for landscapes, for more flamingo pictures, for the strange rocks in the Dali desert, for llamas at the roadside, and later for rheas, the South American version of the ostrich. And the red colour of Laguna Colorada looked even more incredible in the morning light so, of course, we had to stop for photos there too. 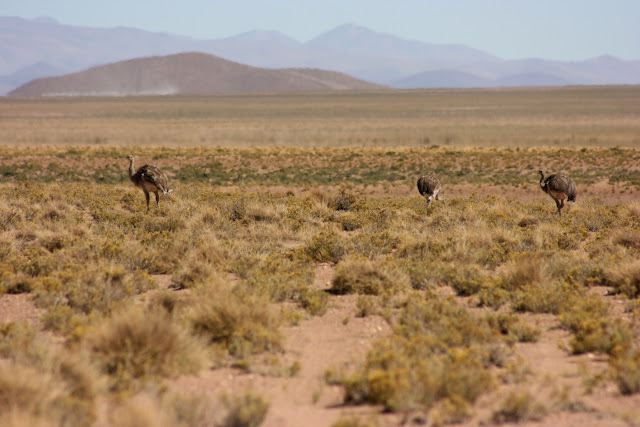 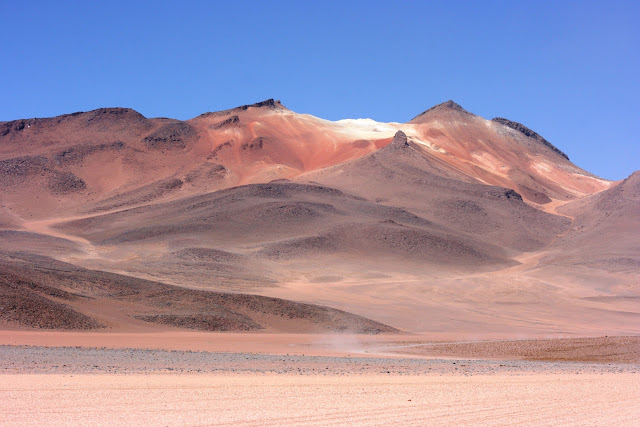 We drove past more multi-coloured mountains, and climbed up and over more lava flows, where, at one stage, a bunch of small citroen cars on a rally were struggling to climb the slopes. We had lunch at the small settlement of Villa Mar, where there was a large herd of llamas grazing – more photos! – especially of a gorgeous pregnant female, who lay down on the grass and let me get really close. 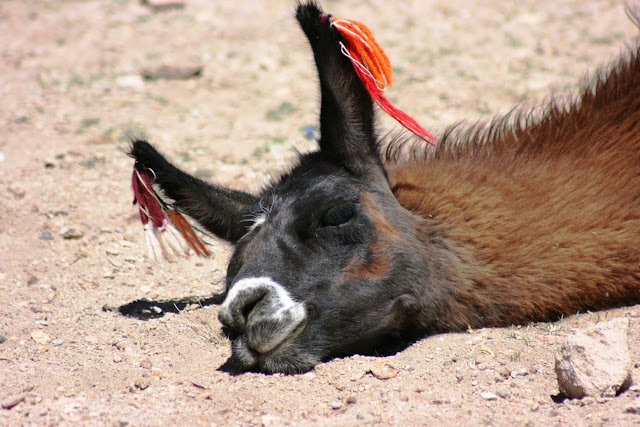 From there we had a long long drive down straight straight roads back to Uyuni, where we arrived about 6.30pm. Back at the hotel, a hot shower never felt better, nor did a big comfortable double bed, with thick cosy quilts. I was asleep early, dreaming sweet dreams. It had been an incredible 3 days. I will never forget seeing some of the natural wonders of the world!
Posted by sconzani at 02:12