Spring wildflowers: the yellowing of the countryside

Yellow is the colour of happiness, optimism, enlightenment, creativity, hope, cheerfulness, sunshine … and the quintessential colour of Spring.

Yellow is also the most luminous in the colour spectrum – the colour that most easily catches our eye and the eyes of bees so it’s no surprise that yellow is the most common flower colour. Here in , after my first experience of a British winter in thirty years, I have been spellbound by the coming of Spring, and both charmed and uplifted by the yellow wildflowers everywhere. Here are some I’ve seen. 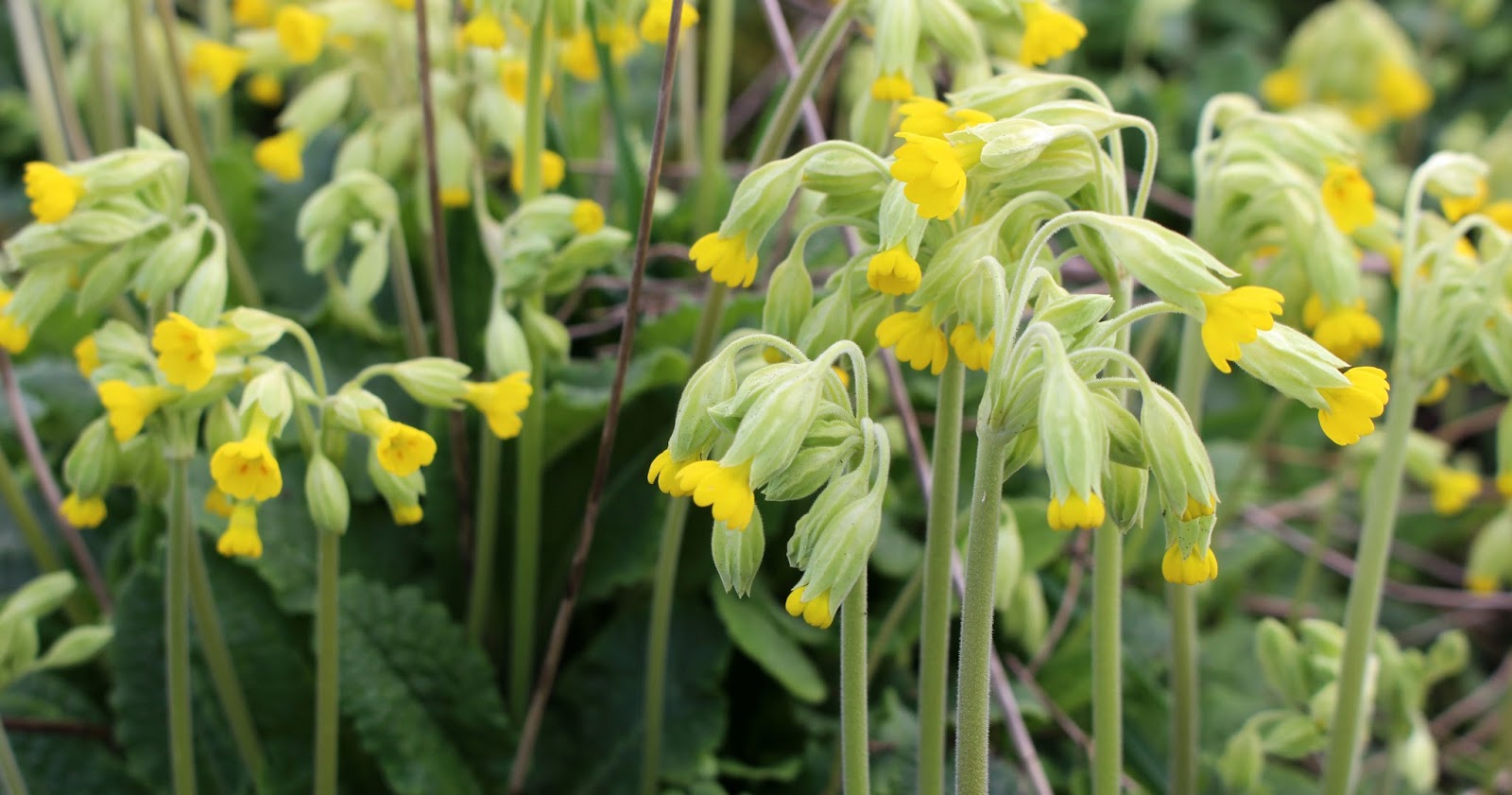 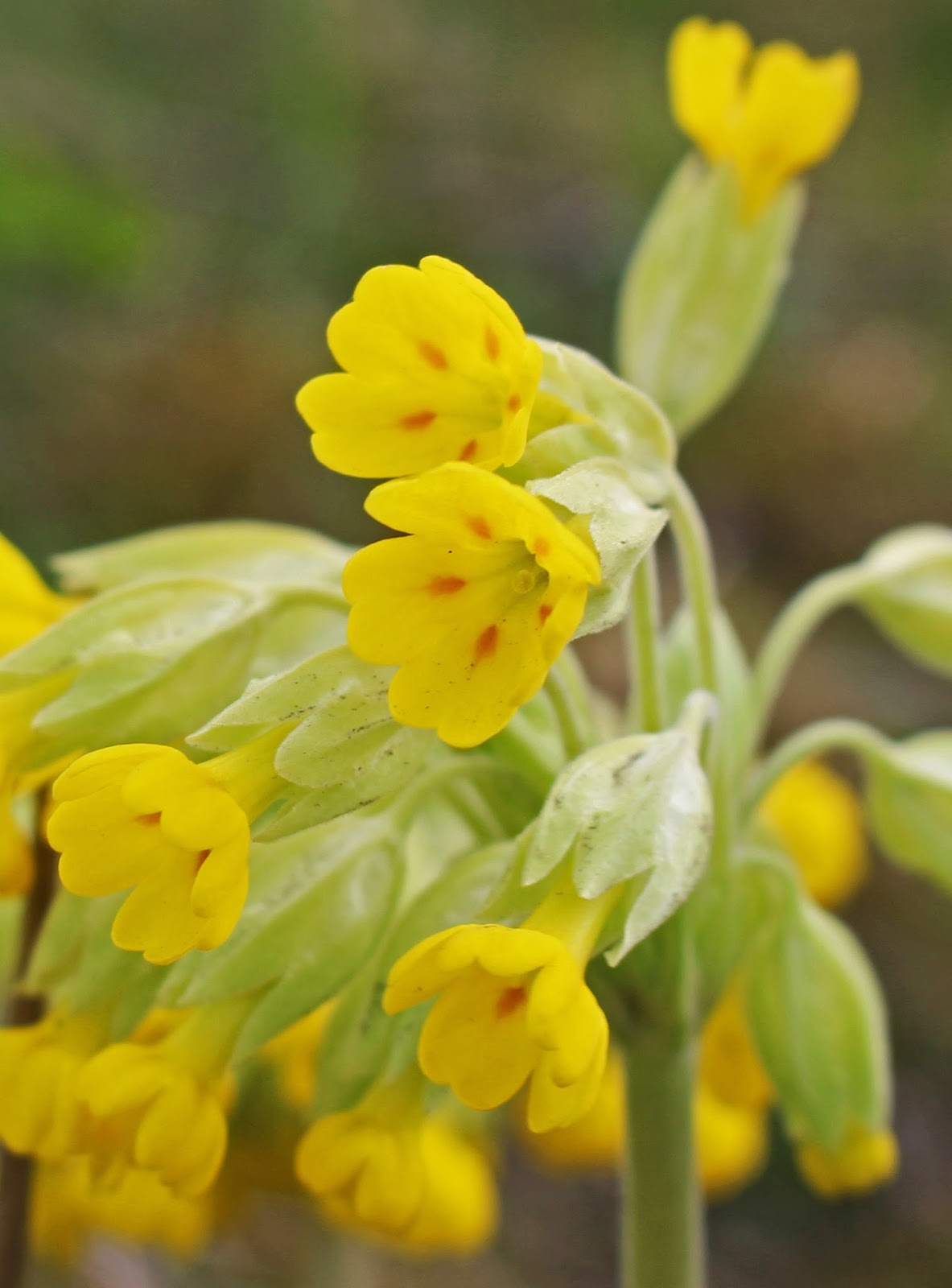 As you can probably tell from its appearance, the Cowslip is related to the Primrose. It has close associations with English folklore and traditions, including being scattered on church paths for weddings and beautifying garlands for May Day celebrations.

And, if you remember your high school English lessons on Shakespeare, Cowslip flowers were the bodyguards of Titania, the Fairy Queen, in A Midsummer Night’s Dream (Act 1, Scene 1). 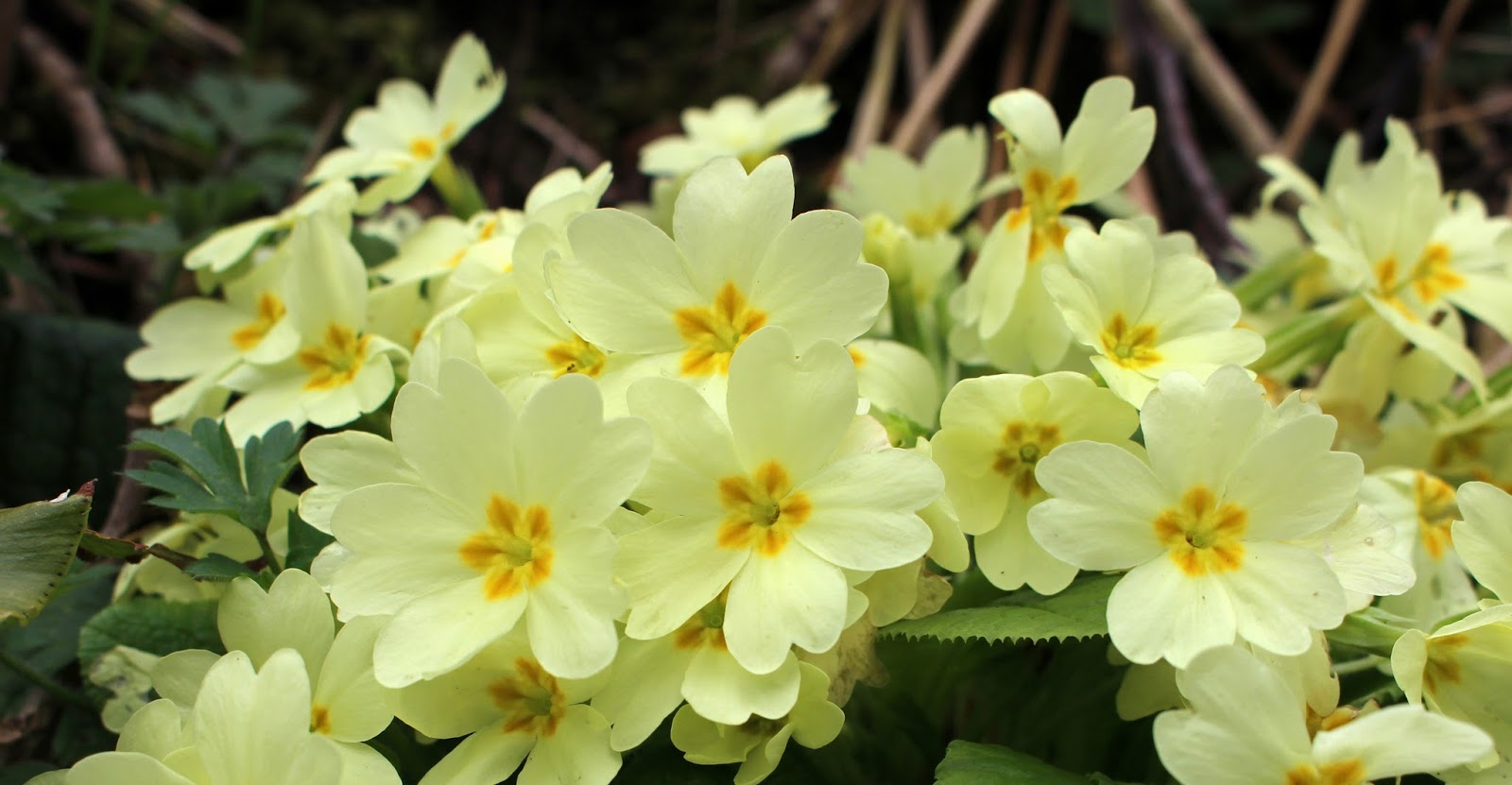 Primrose (Primula vulgaris)
Primroses are one of the first Spring flowers, blooming as early as December when the weather is mild and continuing on until May. The Primrose was, supposedly, the favourite flower of former British Prime Minster Benjamin Disraeli (1804-81) and so was used as the emblem for the Primrose League, an organisation founded a couple of years after Disraeli’s death and active until the 1990s, whose purpose was to promote the ideals of the Conservative Party throughout Britain. I can’t quite imagine ’s current Prime Minster, David Cameron, wearing a Primrose flower in his buttonhole!

Coltsfoot (Tussilago farfara)
Though it looks a little like a dandelion, Coltsfoot is actually a member of the sunflower family. It is favoured by herbalists as its leaves and flowers apparently make an effective cough remedy. However, it has been found to cause problems with the liver so long-term use is definitely not wise.

This is another wildflower with a multitude of common names, including tash plant, ass’s foot, bull’s foot, butterbur, coughwort, farfara, foal’s foot, foalswort, horse foot and winter heliotrope. It seems that all those references to ‘foot’ result from the fact that the leaves are a similar shape to animal hooves. 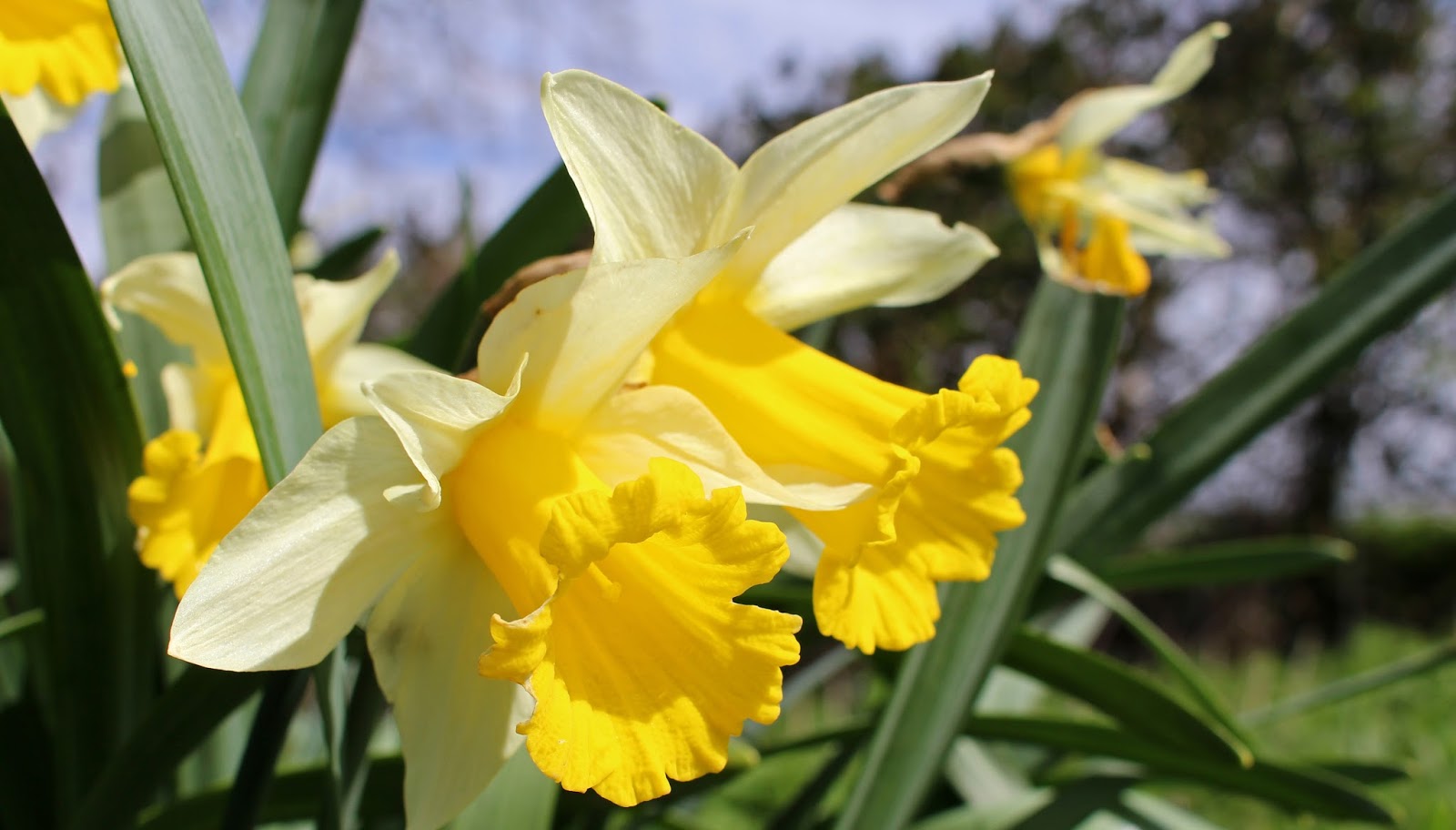 Wild Daffodil (Narcissus pseudonarcissus)
Most of the Daffodils I’ve seen brightening the lane and roadside verges in Cheshire have been purposely planted there but occasionally I’ve come across small clumps of these golden blooms in more remote spots, in small woodlands or areas of rough scrub. These are the more precious Wild Daffodils – their pale yellow petals and darker yellow trumpets give them away.

The website for Kew, the , reports that the Daffodil’s Latin name Narcissus refers to the figure of the same name in Greek mythology. Narcissus fell in love with his reflection in a pool of water and ‘The nodding head of the Daffodil is said to represent Narcissus bending down and gazing at his reflection’.

Lesser Celandine (Ranunculus ficaria)
Everyone associates poet extraordinaire William Wordsworth with daffodils – ‘I wandered lonely as a cloud …’ – but Wordsworth’s favourite flower was, in fact, the Lesser Celandine, as witnessed by the bloom carved on his memorial plaque at the of in .

I’m not sure what ailments Wordsworth suffered from but perhaps he favoured the Lesser Celandine because it has long been considered a treatment for haemorrhoids, hence its old English name of Pilewort. According to the Ancient Greek physician Galen, sniffing a mixture of the juice of the roots with honey was also good for clearing the head of ‘foul and filthy humours’, though I wouldn’t recommend sniffing anything that also cured piles!

Yellow (Lamiastrum galeobdolon)
The Yellow Archangel I’ve seen is flowering early this year – it doesn’t usually flower till May and June. There is also a variety of Lamiastrum with variegated leaves, which has been labelled a noxious weed due to its over-zealous invasiveness and should be avoided at all costs – it will sprout from the smallest snippet and has been shown to spread easily from the garden to wilderness areas. 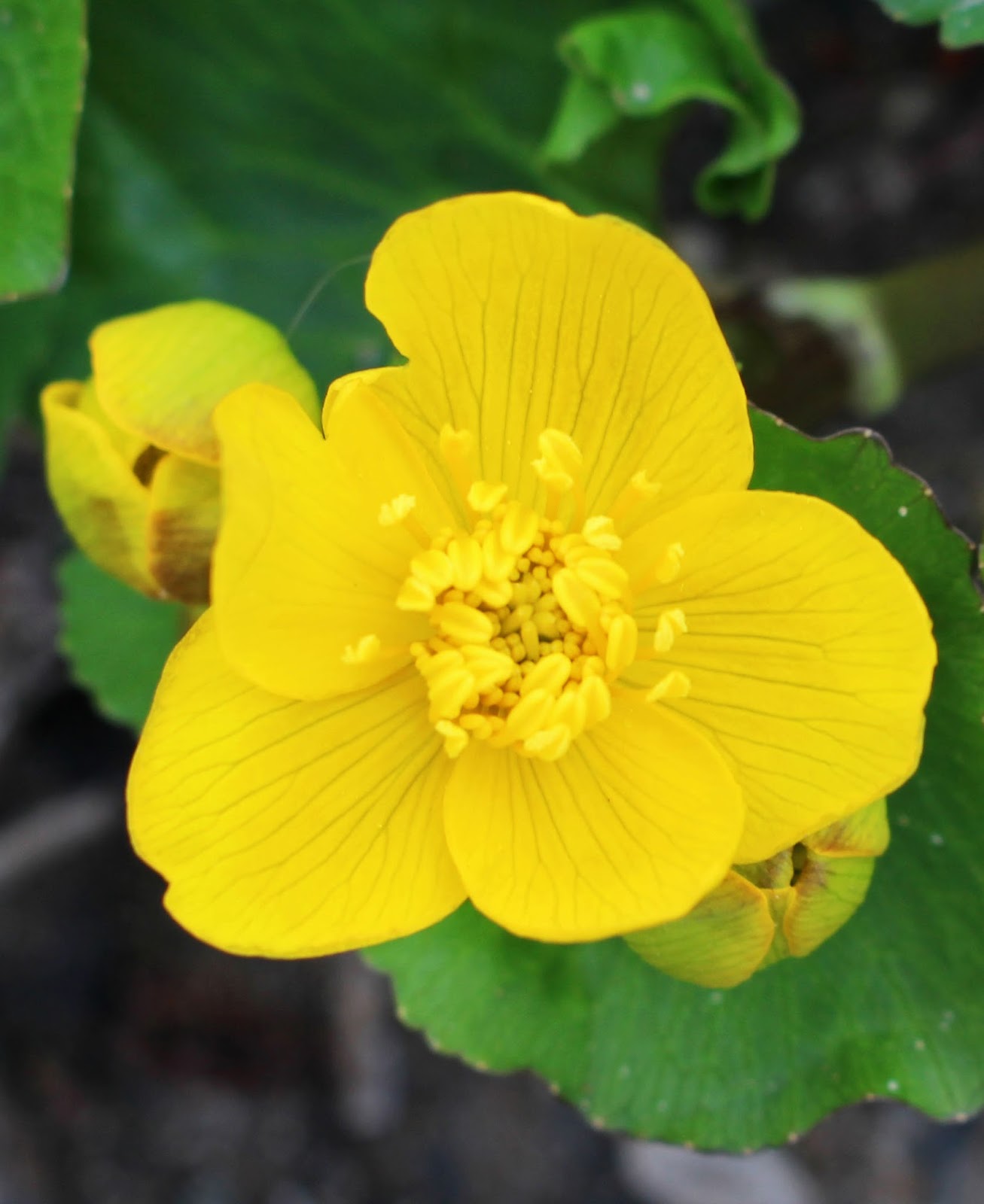 Marsh Marigold (Caltha palustris)
As its name implies, this wildflower likes the dampness of marshes, fens, ditches and the wetter areas of woodland. According to Wikipedia, it ‘is probably one of the most ancient native plants, surviving the glaciations and flourishing after the last retreat of the ice in a landscape inundated with glacial meltwaters.’

The Marsh Marigold is commonly known as Kingcup – its Latin name Caltha comes from the Greek word for goblet and its large golden cup-shaped flowers certainly look glorious enough to adorn the table of a king.

Dandelion (Taraxacum officinale)
Perhaps my favourite yellow wildflower – some might call it a weed – is the humble Dandelion. In places, its flowers are so profuse that the ground appears to be carpeted in yellow.

Not only is it cheerful to behold, it is also a wonderfully useful plant. As it is a good source of beta-carotene, is rich in Vitamin C and the B-complex vitamins and also high in protein, the Dandelion has been used for thousands of years to improve the functioning of the liver, the gallbladder, and the urinary and digestive systems.

And, although I’ve never tried it, dandelion is also widely used to make wine. So, the next time you’re tempted to eradicate these ‘weeds’ from your lawn or garden, think again – and, instead, make use of Nature’s bounty.

There are a multitude of websites if you want more information on British wildflowers, including those of Plantlife, the Botannical Society of Britain and Ireland, Wildflower Finder, and many more.
Posted by sconzani at 08:39