is one of the most water-filled English counties so it’s no surprise I’ve encountered a lot of water birds during my walks in the local countryside. These geese, swan and ducks are among the more common species.

Rather than populate this post with a lot of facts and figures that can easily be obtained elsewhere, I’ve just added a few interesting snippets of information I’ve discovered about each species. 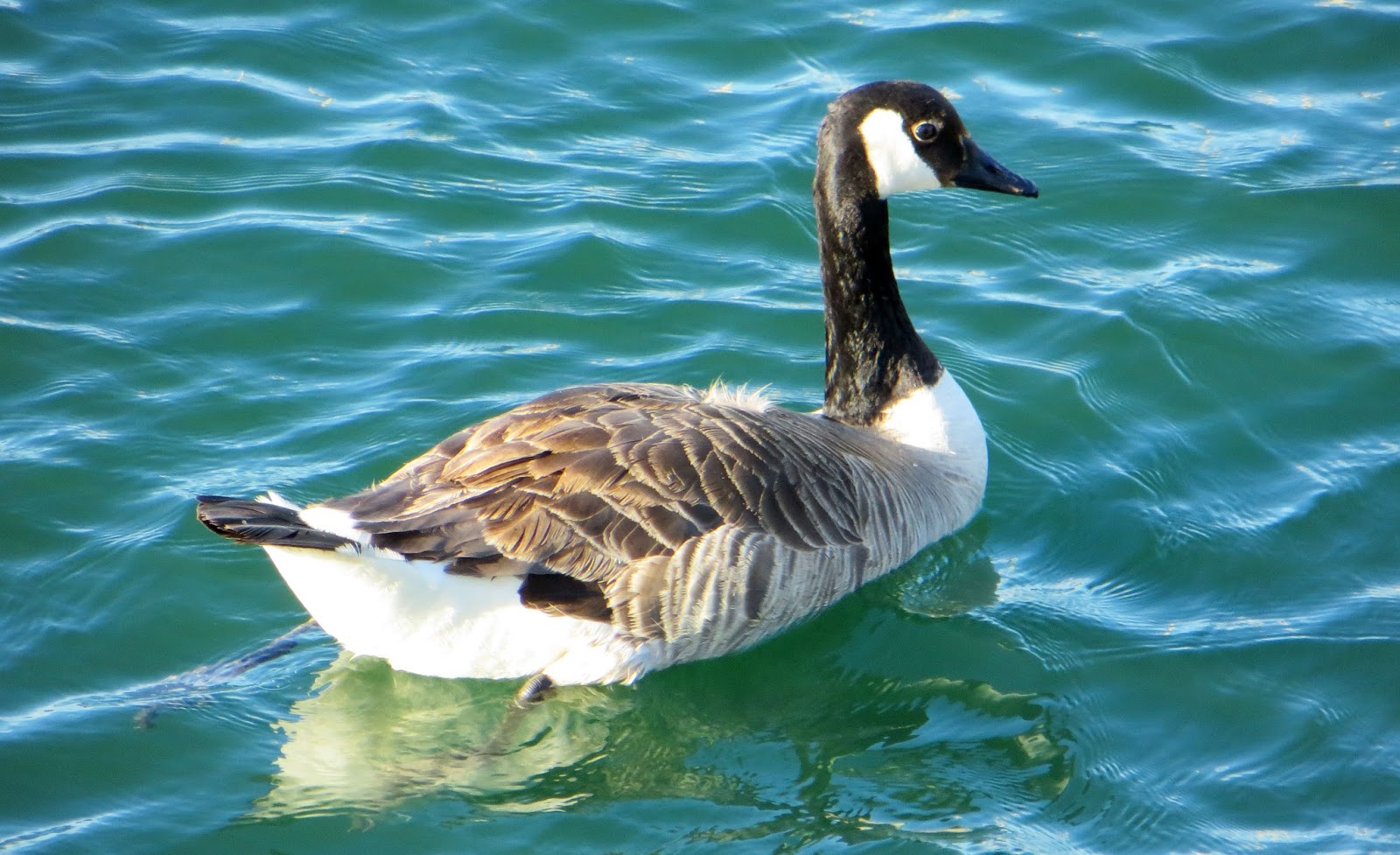 Canada Goose (Branta canadensis)
Let’s start with an immigrant, originally introduced to English parkland around 1665, specifically for King Charles II to add to his wildfowl collection in St James’s Park in . They have since gone forth and multiplied to the extent that they are frequently considered a nuisance. As well as being aggressive pursuers of the bread so many people dispense freely in parks (watch out for nips!), they also have the digestive capacity to process three times as much grass as the average sheep and the more alarming ability to poo every four minutes! 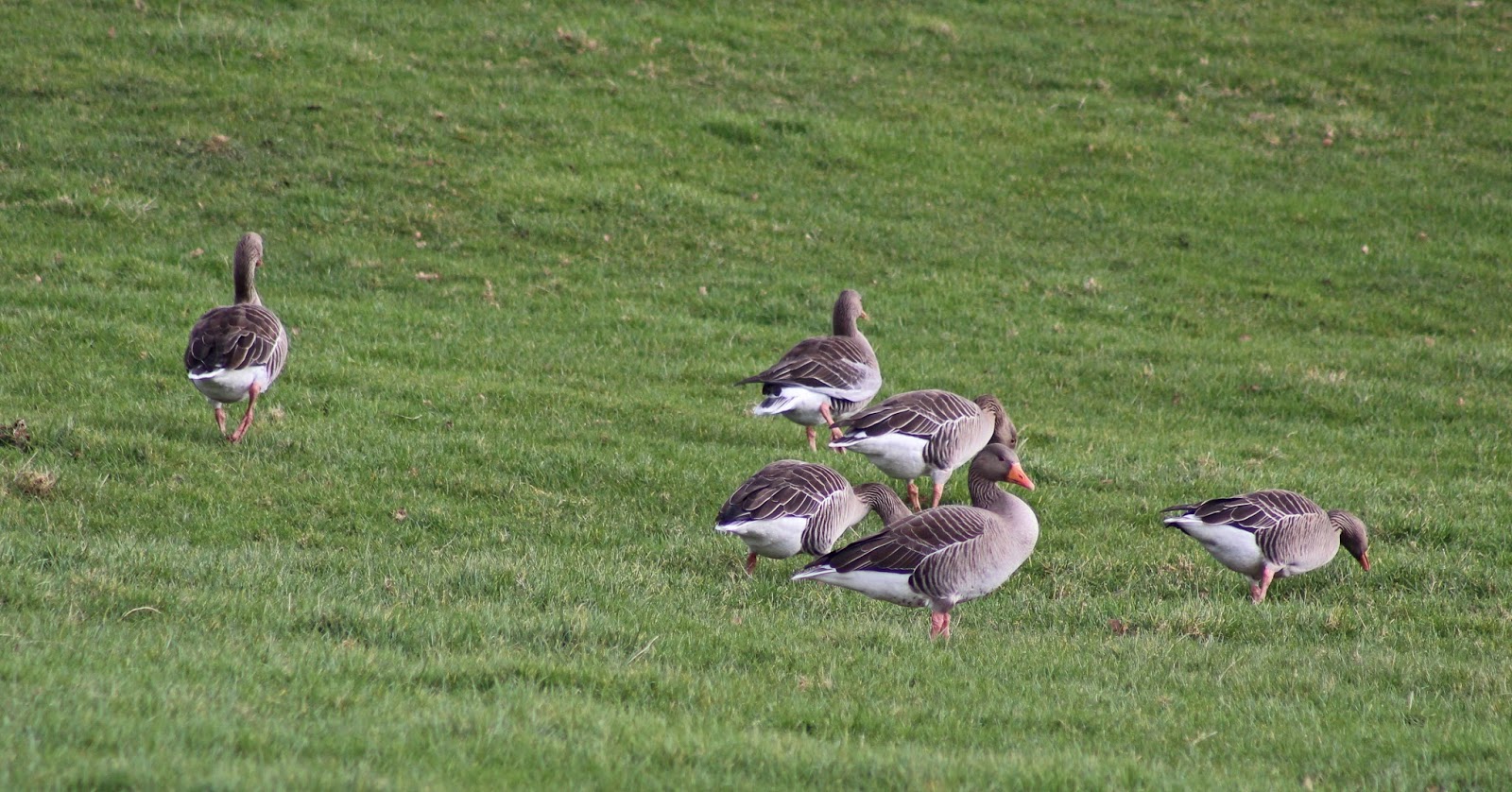 Greylag Goose (Anser anser)
According to the British Trust for Ornitholgy (BTO) website, the Greylag Goose is ‘traditionally eaten at Michaelmas’ and ‘Mrs Beeton recommends cooking with a glass of port or wine to which has been added a teaspoon of mustard, some salt and a few grains of cayenne pepper’. If, like me, you’d prefer not to eat these beautifully patterned creatures, you might want to worship them instead. More than 5000 years ago, the goose was associated with Gula, the fertility deity of the citizens of the Tigris-Euphrates city-states. In ancient , geese were a symbol of the sun god Ra, and in ancient and geese were sacred to Aphrodite. 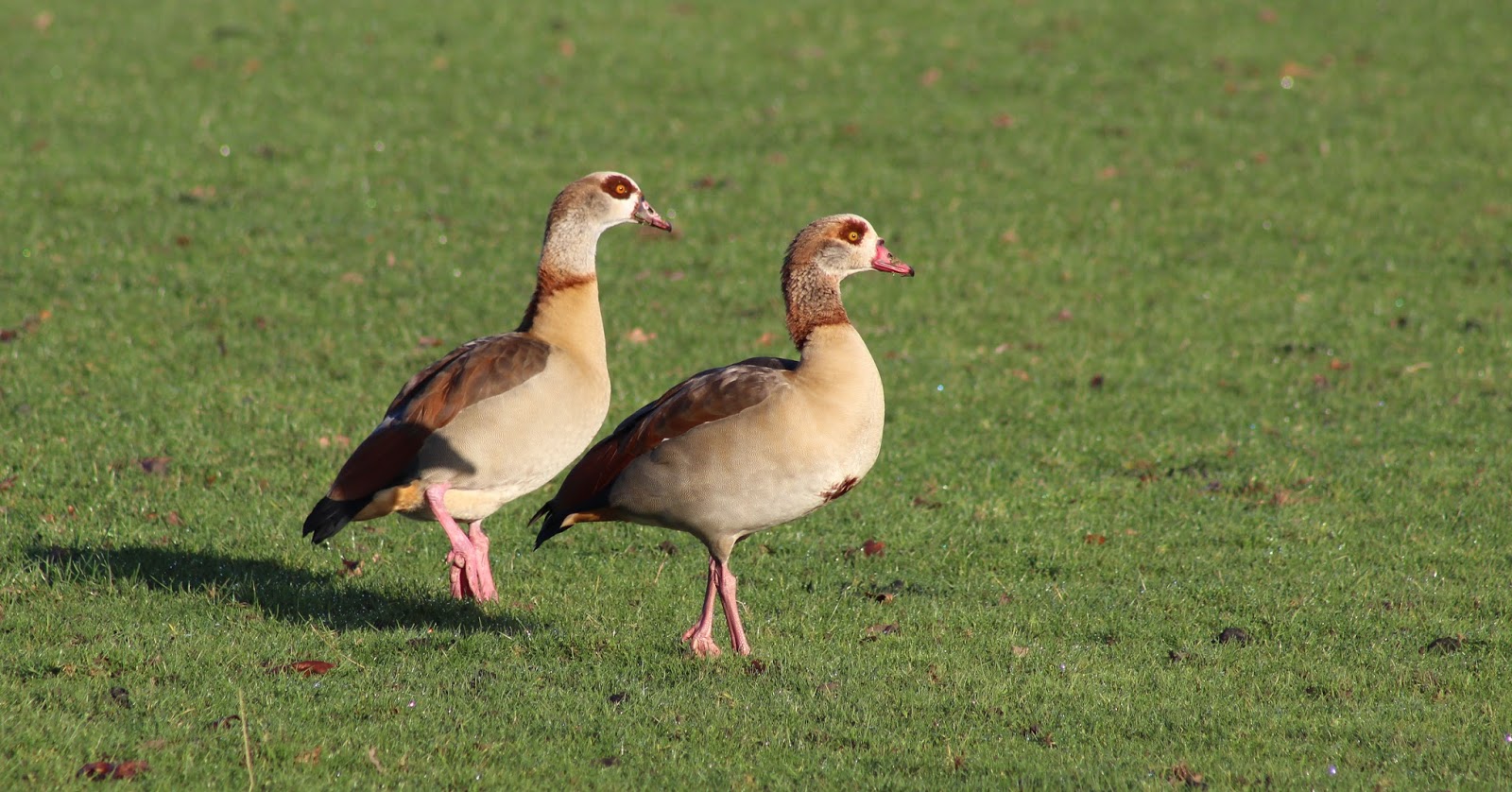 Egyptian Goose (Alopochen aegypticus)
It might look like a goose and be called a goose but the Egyptian Goose is not really a goose at all. It’s more closely related to the Shelduck and occasionally shares that duck’s habit of nesting in a burrow or hole in the ground, though it has also been known to build a nest as high as 80 feet above the ground in a tree. The bird was introduced to Britain in 1678 as an ornamental wildfowl species, another for the king’s collection of birds in St James’s Park in London, but has since established itself in the wild, though it does still have a penchant for the grounds of large halls and estates, with their perfect habitat combination of old woodland and extensive areas of water. My photo was taken at Tatton Park Estate near Knutsford. 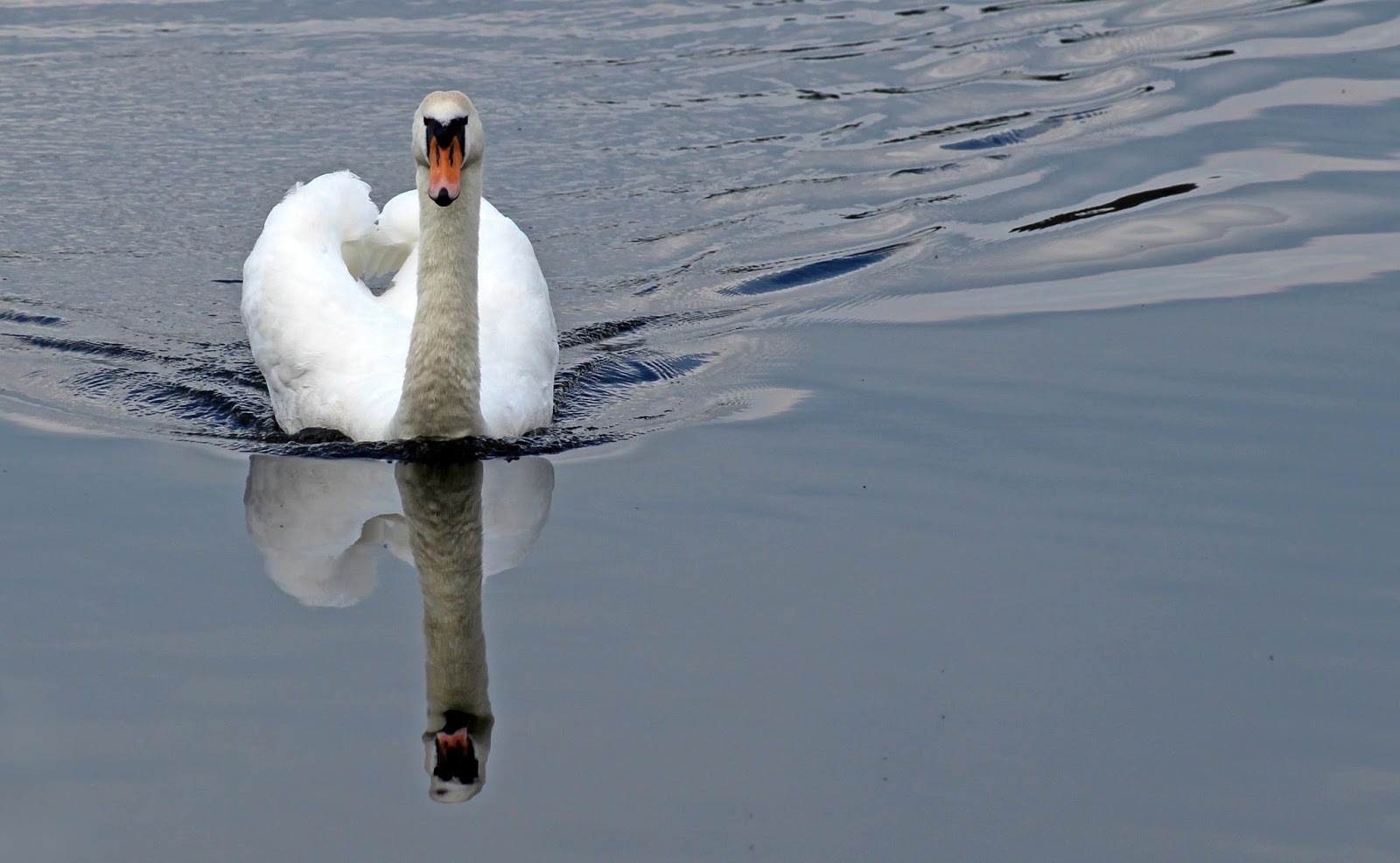 Mute Swan (Cygnus olor)
In , the ancient practice of swan-upping still takes place each July on the river . Swan used to be owned exclusively by the Crown (and a few select favourites of the King or Queen) so swan were caught every year and marked, on the upper bill, with a system of nicks and cuts to indicate ownership. Fortunately, these days, the birds are rather more humanely banded instead by the Queen’s Swan Marker and the swan uppers of the descendants of two centuries-old medieval guilds, the Worshipful Company of Dyers and the Worshipful Company of Vintners. 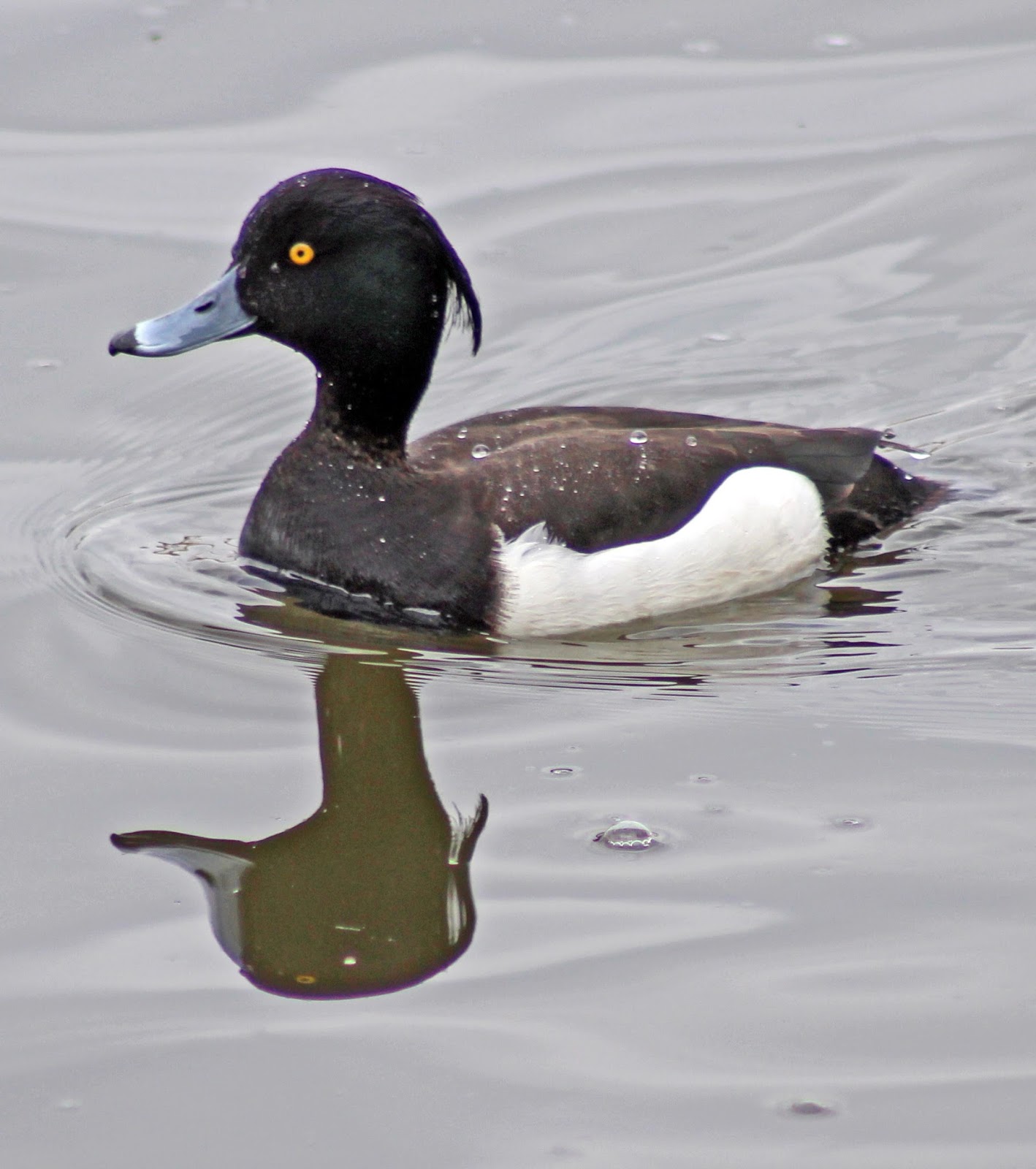 Tufted duck (Aythya fuligula)
The BTO website reports that the population of the cute little Tufted Duck expanded rapidly during the late 19th and early 20th centuries due to the colonisation of British waterways by the small freshwater bivalve, the Zebra Mussel, the perfect food for a duck that loves to dive. They are fascinating to watch when hunting for food and I particularly love their floppy little top-kot. 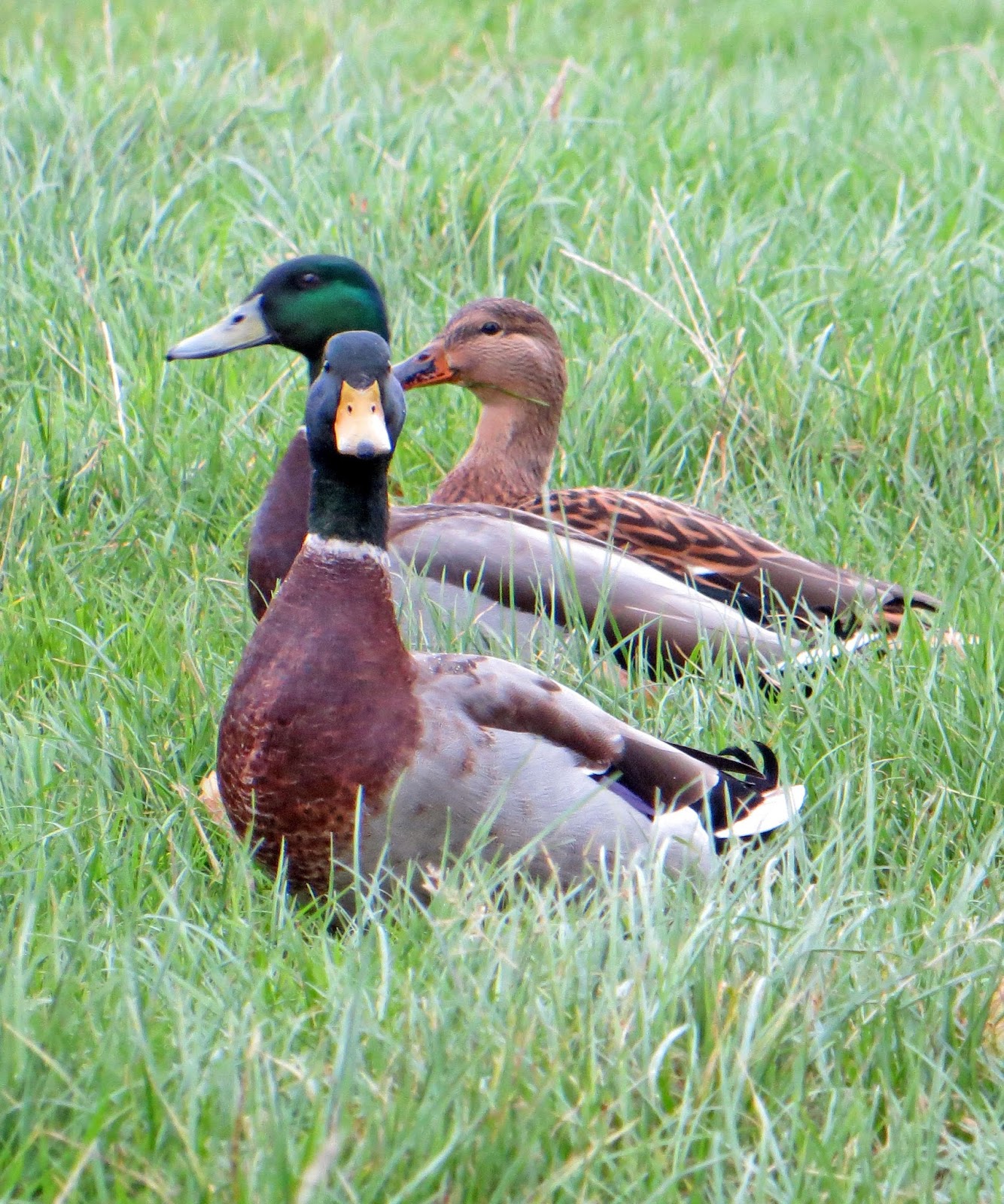 Mallard (Anas platyrhynchos)
Though male and female Mallard are so different they were originally thought to be two different species, today they are what almost everyone imagines when they hear or read the word ‘duck’, and they are the bird people most loved to feed with old scraps of bread. Please don’t! As ’s Canal and River Trust has recently been warning, with an estimated 6 million loaves of bread being thrown into canals and waterways every year, bread is a serious problem for the ducks’ environment, and it’s not very healthy for the ducks either. Click on this link to read about the more natural alternatives.

Wild mallards are thought to be the original source for at least 20 officially recognised breeds of domestic ducks, like the Aylesbury and the Chocolate Magpie, and countless other ‘Manky Mallards’, a colourful expression commonly used by to describe the motley menagerie of wild and domestic mallards.


Many of the fact-lets for this blog post came from that most excellent publication, Birds Britannica, Mark Cocker and Richard Mabey, Chatto & Windus, , 2005, as well as from the website of the British Trust for Ornithology.
Posted by sconzani at 18:42