On the road from Puno to Chivay

I had no idea how impressive the scenery would be as we drove out of Puno in the chilly early morning, heading for the little town of in the .

Our first stop was at , where the blues of the lake and the sky competed for our attention – which was more blue? The sky was sprinkled with the whispiest of clouds and the lake surface peppered with flamingos – so pretty. 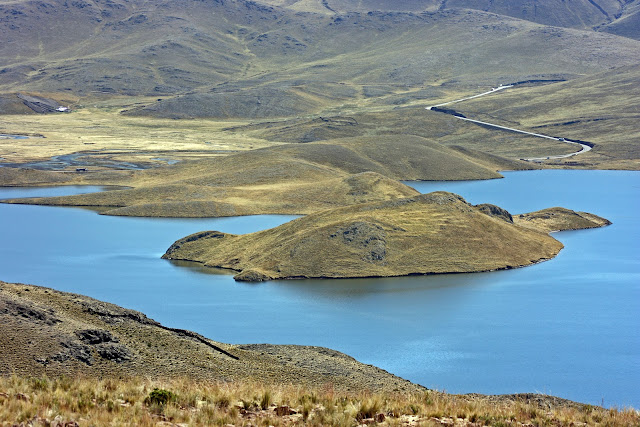 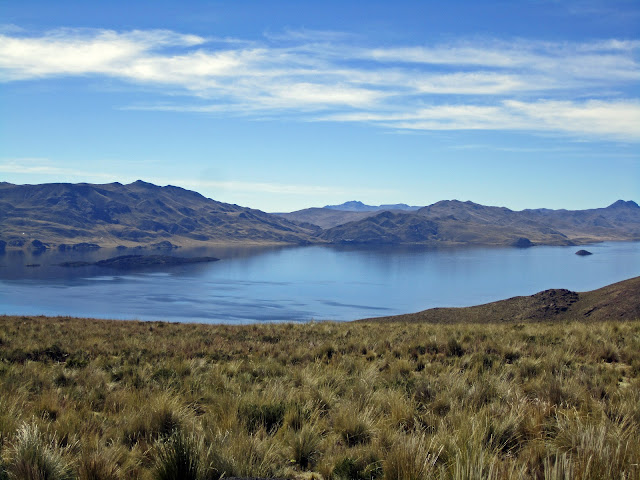 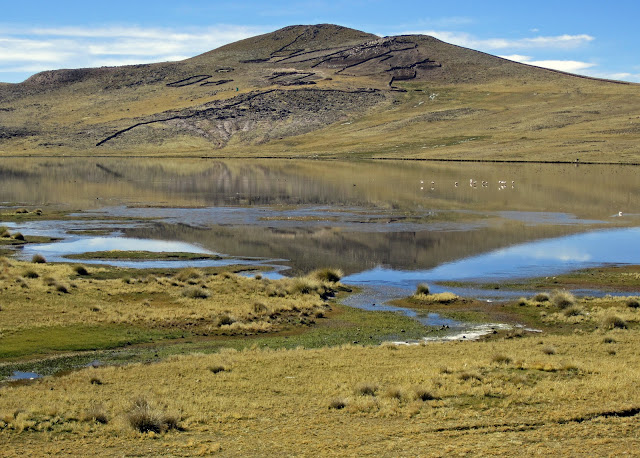 Soon after Lagunillas, we had our first sight of Misti, the active volcano that looms menacingly over ’s second largest city, . Its shape echoes the cone-like perfection of ’s Mt Fuji, and Mt Egmont, in my native . 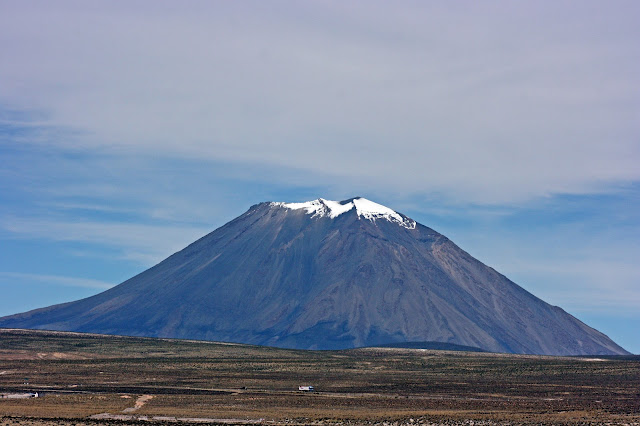 At Pampa Cañahuas, in the , we turned off the main Puno-Arequipa highway and made a short stop for a mid-morning snack. On the other side of the highway, there was a huge rocky outcrop, with ancient rock formations that reminded me of Cappadocia, in . 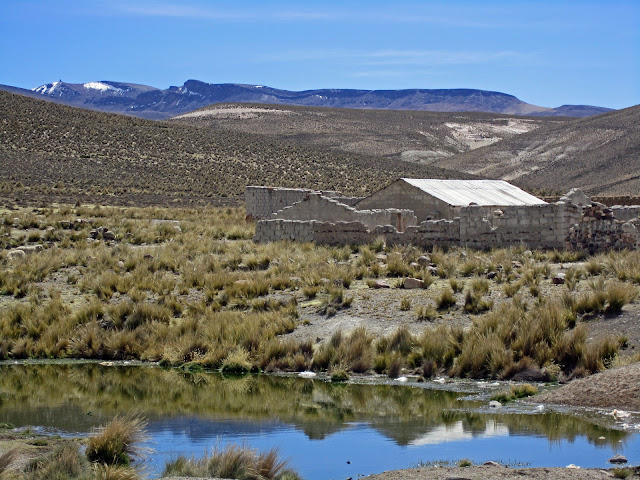 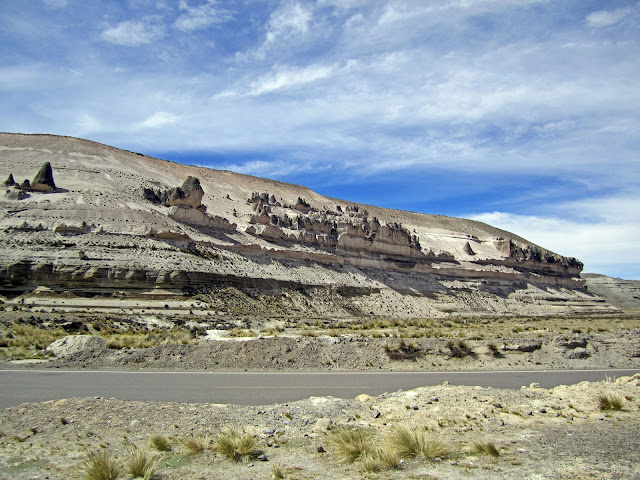 As we rode on, the skies were breathtakingly huge, the llamas and vicuña dwarfed by the grandeur of the big country that surrounded them. One herd of llamas played follow the leader down a steep hillside. 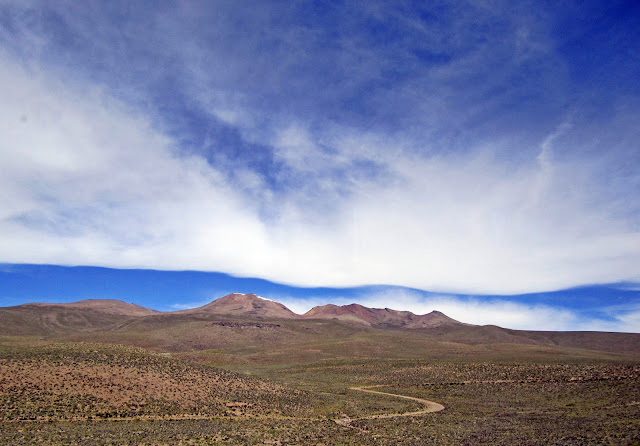 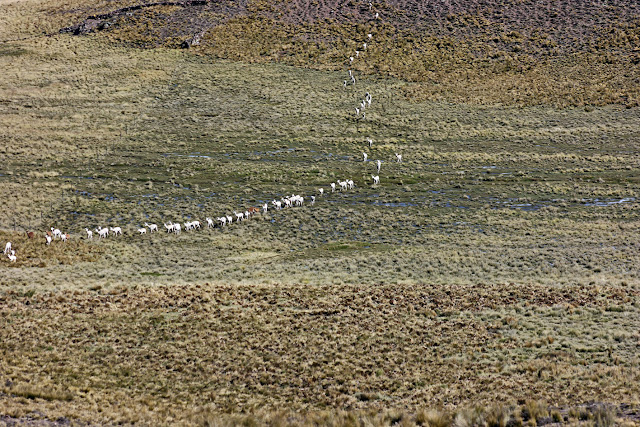 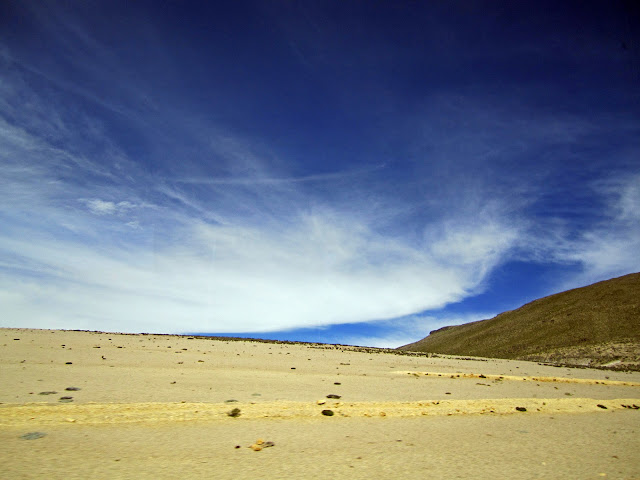 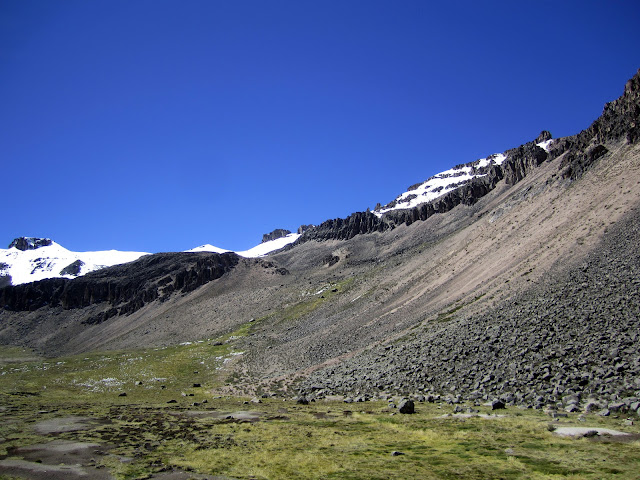 We stopped again at Patapampa, at 4800 metres, the highest point on our journey. As well as the ubiquitous roadside souvenir sellers, the ground was littered with artificial piles of small rocks. The bus company’s pamphlet said these were placed ‘by travellers and local residents, who place them as part of a ritual related to resting, strength to continue with the trip, protection, health and permission to enter somewhere new.’ I added a small rock to one pile. 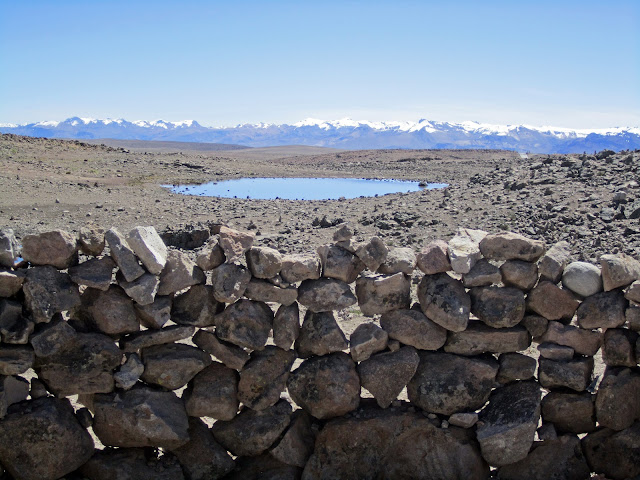 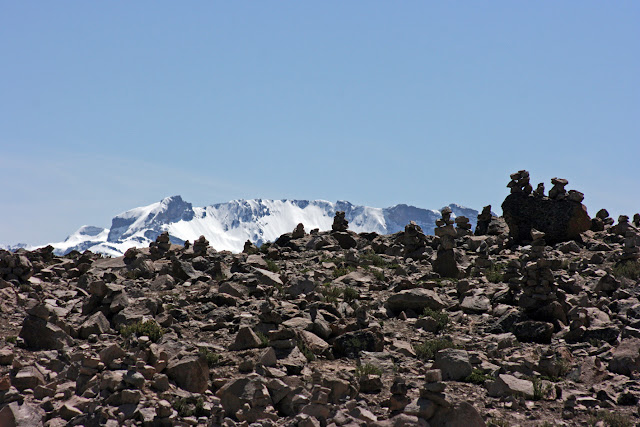 At Chivay, we joined Luis the guide and a small group of travellers who would be our companions for the next day and a half. At our charming hotel in the nearby village of Choraque, we ate a delicious lunch and met the local guard 'dog', a llama/alpaca-cross, a critter with attitude. I got spat at quite early on, as did one of the men when he tried to persuade the beast to move away from the entrance gate. ‘My, what big teeth you have!’ 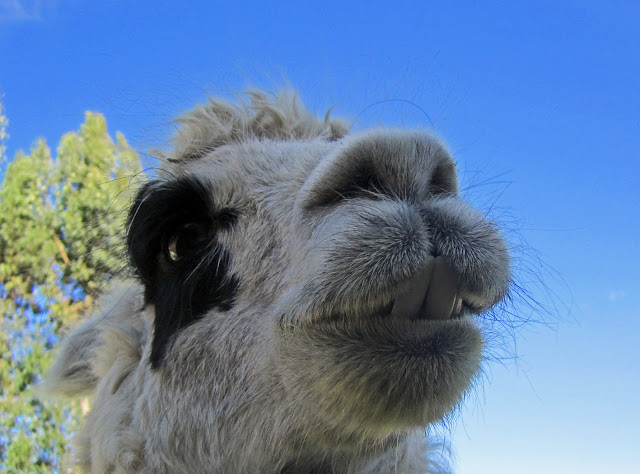 In Chivay, after lunch, we explored the town, enjoying the beautiful paintings in its lovely old church, the bartering and banter of the sellers in the local market, the delicately embroidered and very colourful traditional dress of the local women. My friend Marianne and several of our group also enjoyed a warming soak in the local hot pools and, returning to the hotel, we ate a delicious meal and retired quite early to a heated room and comfy beds. What a superb day! 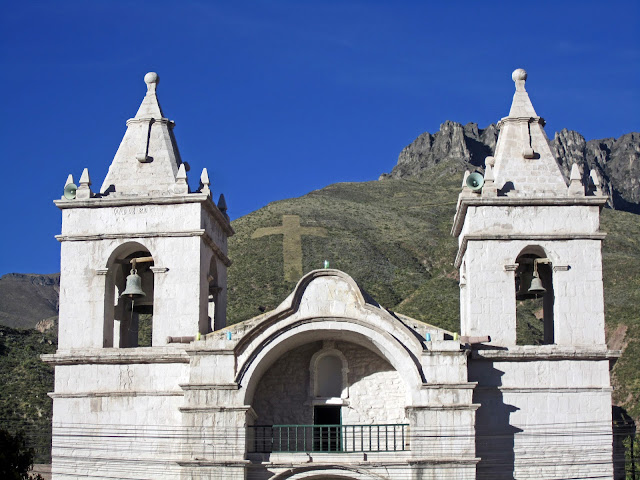 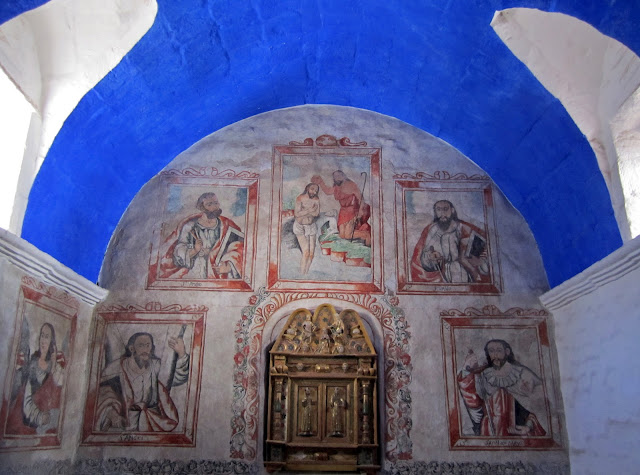 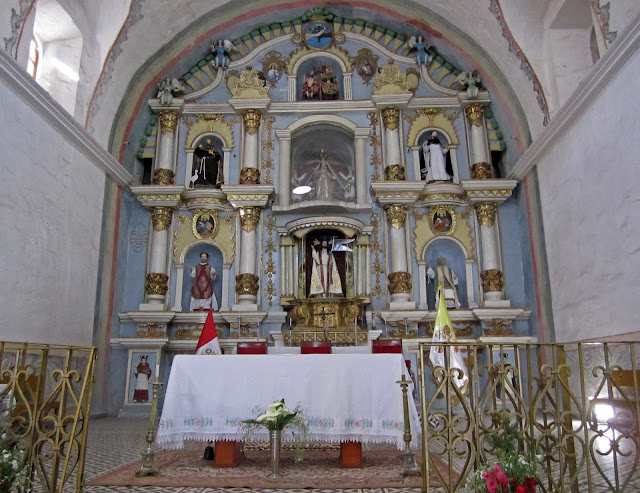 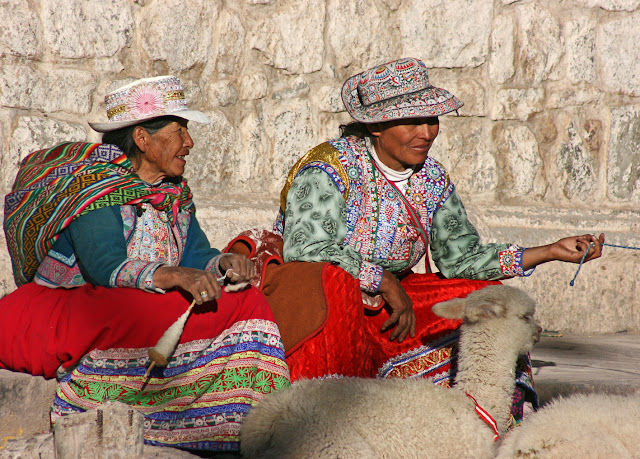