I’ve blogged about the magnificent Lake Titicaca before (http://sconzani.blogspot.com/2011/08/border-run-to-bolivia-day-two.html) so this time I’m just going to share some photos that show what a superb day I had with my friend Marianne out on the water. 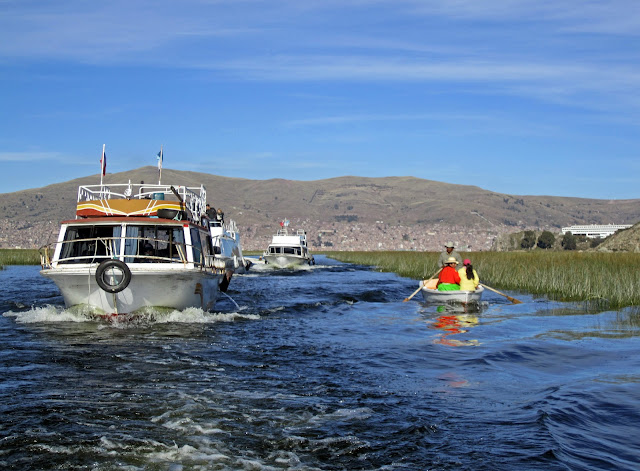 Boatloads of tourists follow us out through the reed beds on the 30-minute ride to the , while some islanders go in the opposite direction in their little dinghy. 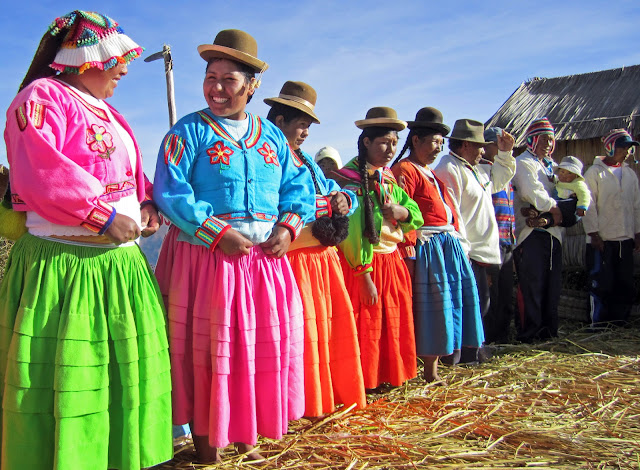 Four generations of one family of Uros islanders greeted us at our first stop - such friendly, welcoming people and such colourful clothes! The hat of the girl at left indicates she is single, while the bowler hats of the other women show they are all married. 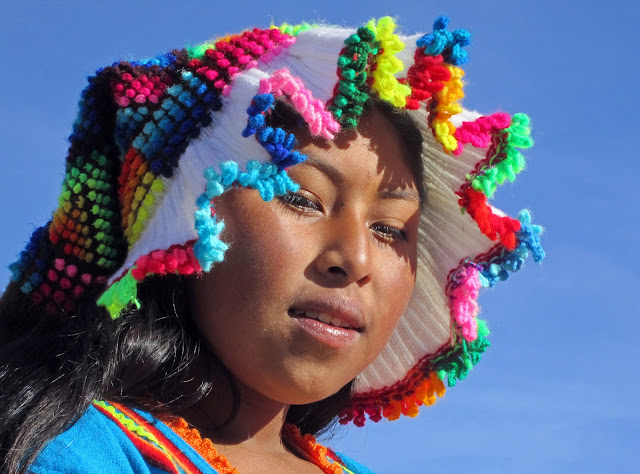 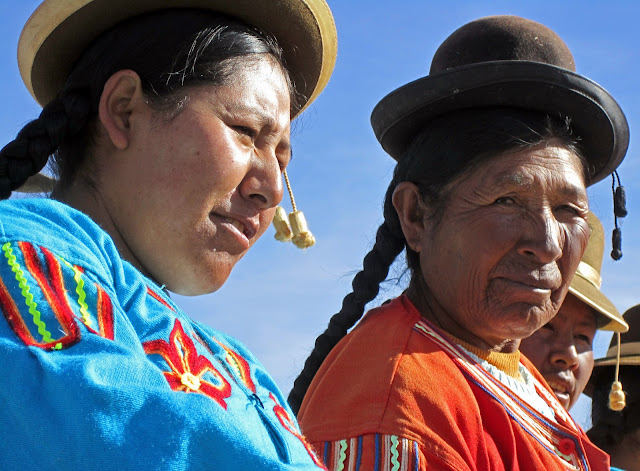 The matriarch and one of her daughters. 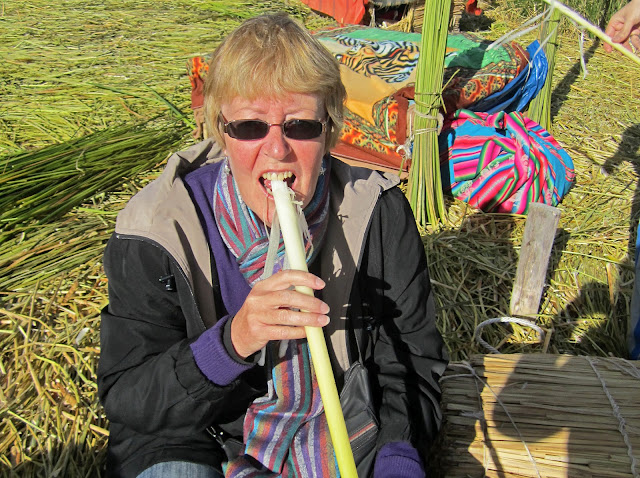 Not only do the islanders use the reeds to make their island, their homes and boats, they also eat it. So, I gave it a try … it was chewy and juicy but rather bland. 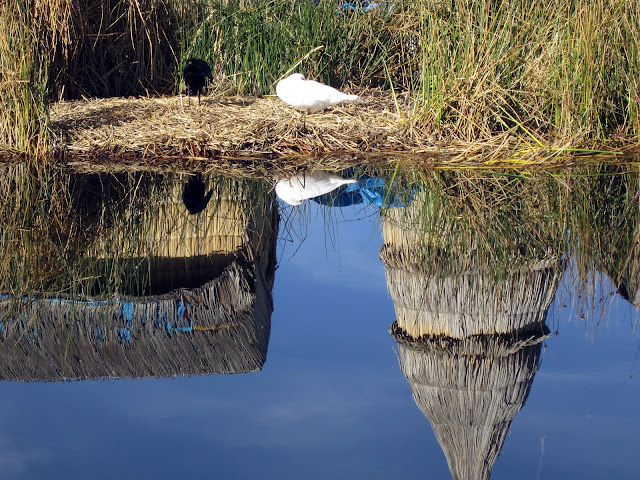 The islanders keep birds for their eggs and meat, and they were pretty, but it was the reflections I liked best in this image. 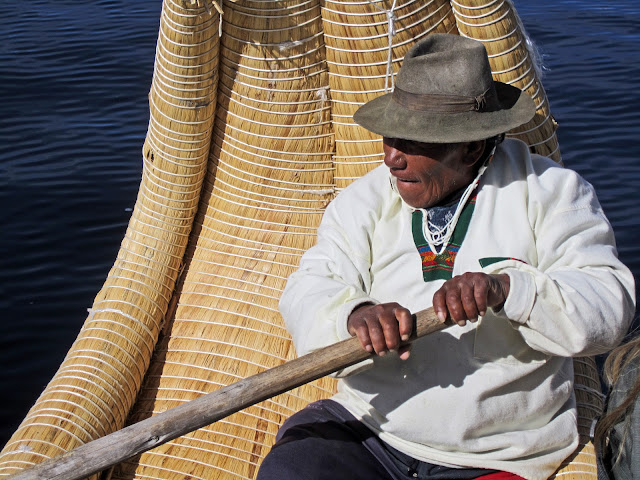 After visiting the first island, we took advantage of the opportunity to ride to a second island in a reed boat. This man was one of the rowers. 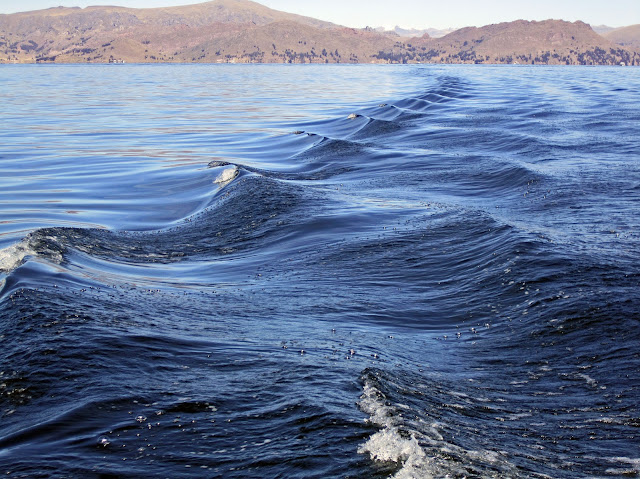 From Uros it was a 2-hour ride to the . It was cool but the sky was clear and incredibly blue, so Marianne and I spent much of the time out on the back of the boat, enjoying the breeze and the scenery and the fresh, clean air. 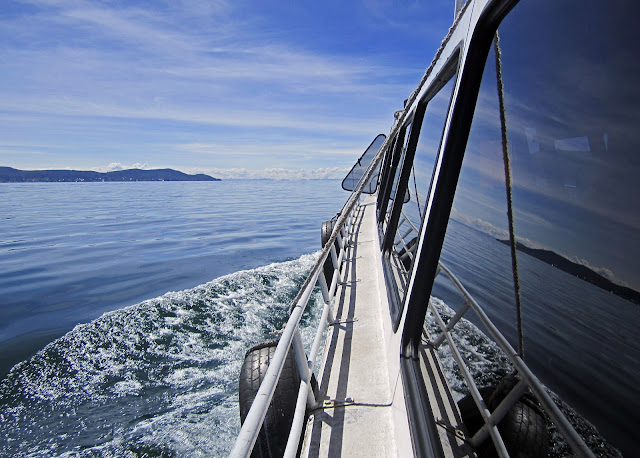 I couldn’t resist the reflections in the boat windows. 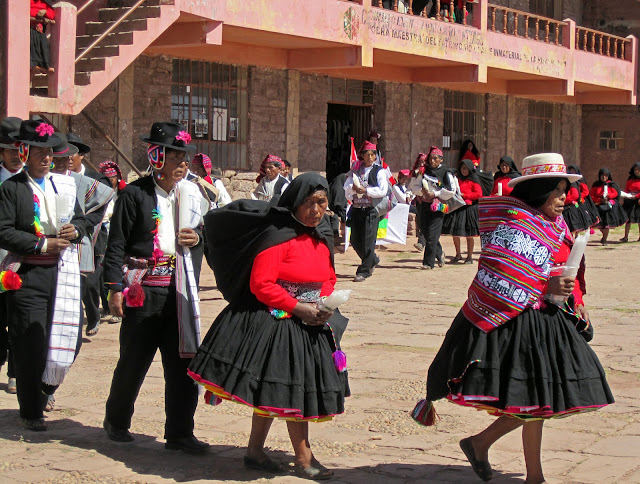 On Taquile, by sheer coincidence, there was a celebration going on. For two weeks, from 5 to 17 May, they hold the Pentecostalcelebration of San Isidro Labrador. Apparently, at this time the upper and lower parts of the island compete in a sowing competition. They start by sowing potatoes, then beans, corn, barley, and quinoa, and the islanders predict how the sowing and harvest will go that year depending on which part of the island wins the competition. We didn’t see the actual sowing competition but rather a subsequent performance by islanders dressed in bizarre costumes which seemed to relate to ploughing, the harvest and drunkenness. It was fun. 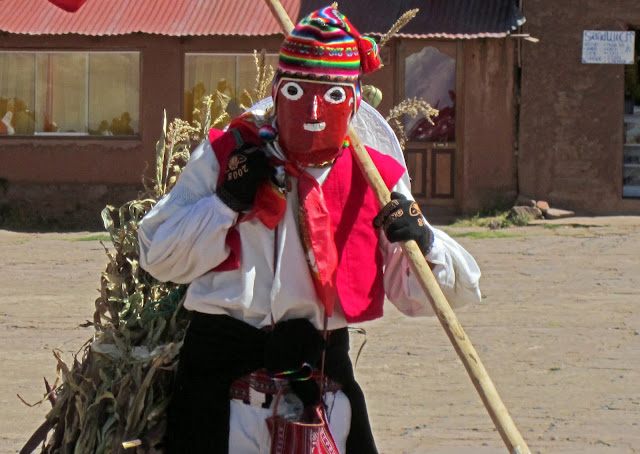 One of the performers. 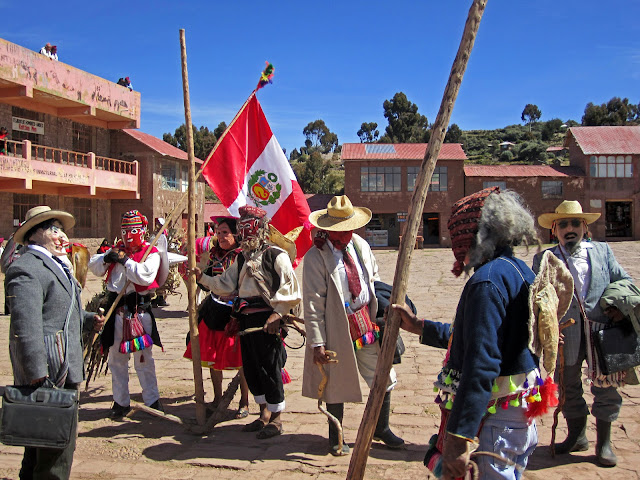 The performers in the sombreros were acting like drunkards, staggering around and exchanging drinks. 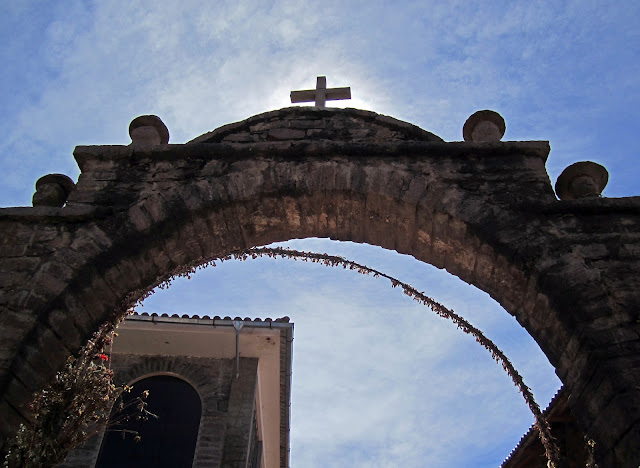 One of the archways into the town. I couldn’t capture it with my camera, but there was a multi-coloured halo around the sun that day, something I’ve heard about before but never seen myself. 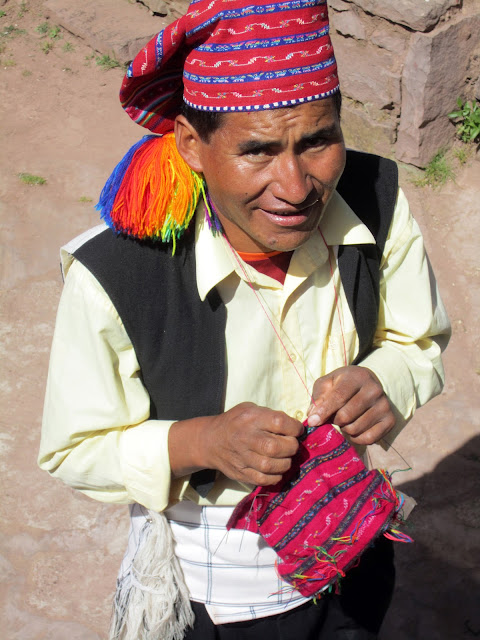 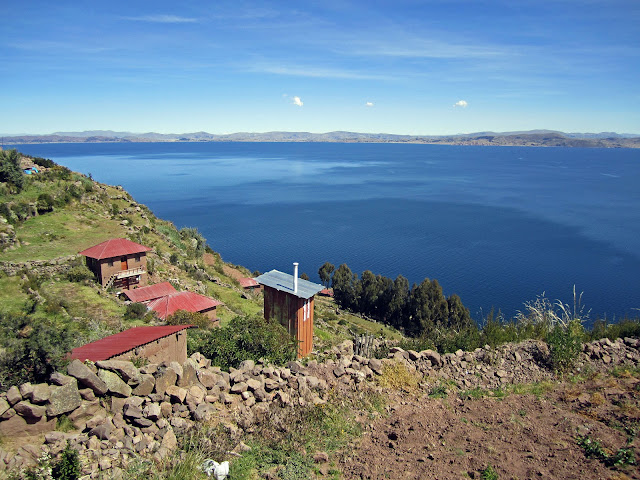 The loo with the best view in town … and this was also the view from the restaurant where we enjoyed a delicious lunch of freshly caught trout. Yum! 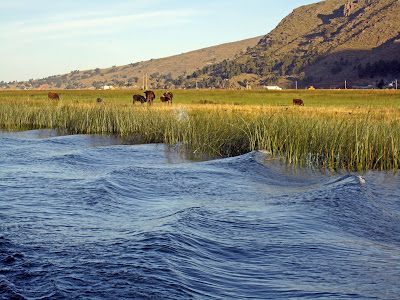 On the return journey, the wake of our boat created pretty patterns as we passed the reed beds. 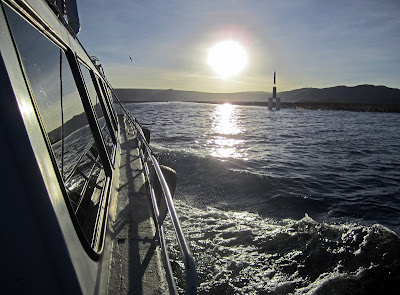 The sun was setting by the time we returned to Puno, creating even more good photo opportunities 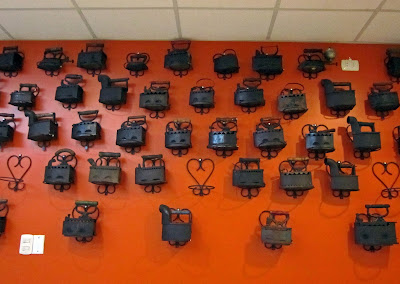 The restaurant where we ate dinner had this huge collection of old-fashioned irons decorating one wall. 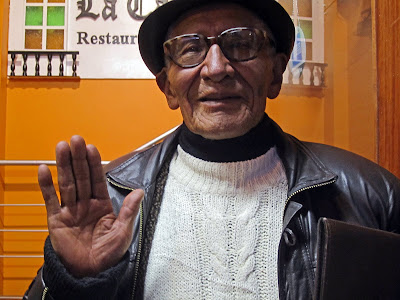 And this was the charming old man who beckoned us in to the restaurant.
Posted by sconzani at 04:14