St Peter’s Church is the oldest building in greater Penarth (though the area around the church and neighbouring farm is now called Old Cogan). Unfortunately, I haven’t been inside the old building – it was closed for renovation and conservation for a couple of years and is now only open for a single Sunday service once a month. 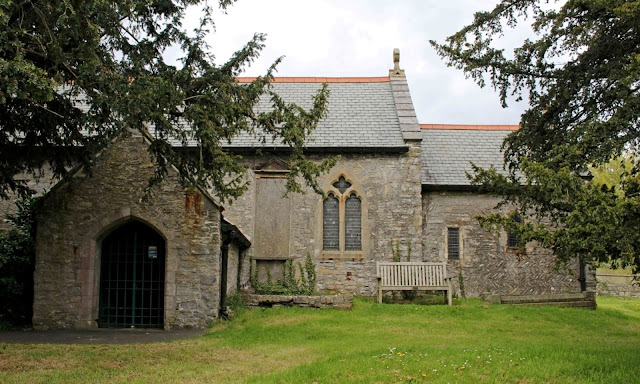 According to the signboard outside the entrance, the issue of conserving the church came to a head – or perhaps that should be a bottom – ‘when the organist fell through the floor in 2015’. ‘Water seeping in through raised soil levels on the north side of the church had rotted the wooden floor. Gutters were failing and the lack of ventilation in the building had resulted in serious damp problems.’ 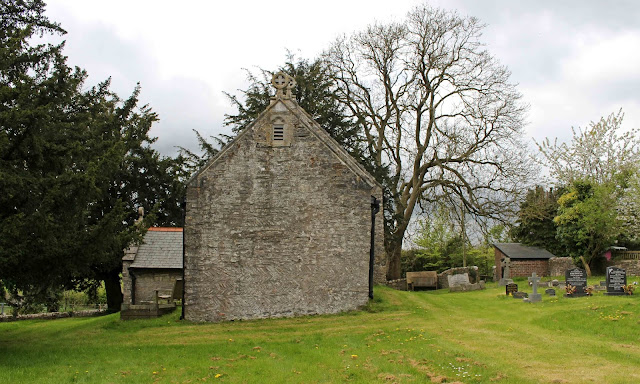 The photograph above was taken in April 2017, prior to the commencement of the conservation work, and you can see how high the soil level is at the back of the church (on the right in the image). This has now been dug out and a drainage system installed to try to keep water away from the stonework. 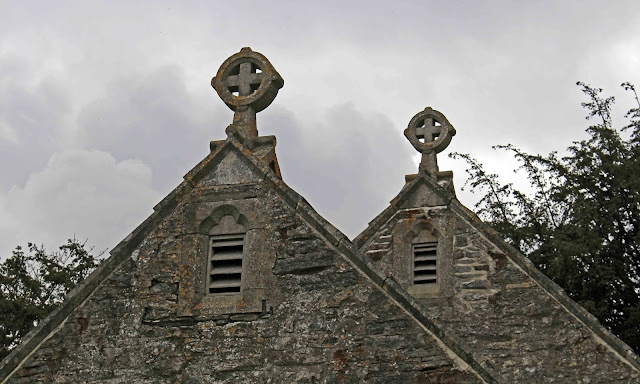 The church’s website gives some information about its history:
There is evidence of Roman remains which show that the area has been populated for at least 2000 years. It is probable that it was the Romans who first brought Christianity to Cogan. The energetic Celtic saints of the fifth and sixth centuries, however, gave the Christian mission a new lease of life. Among the second wave of Celtic Saints were Dewi, Gildas, Samson and Dochau. It was Dochau who established a monastery at Llandochau (LLandough). A community, linked to Llandochau was established at Cogan, it is not clear when or indeed whether a building was erected at this time. If so, it would have been of wattle and daub. A later version may have been built of wood.

When the Normans arrived and took this area from the Welsh kings, Lord Fitzhammon granted lands to knights who would supply him with military strength and serve on the local comitatus – in essence, the County Court. One of these knights established a fortified manor at Cogan – and built a church which was consecrated to St Peter. The new building may have been on the site of an older place of worship. The church was, at the beginning, linked to the Benedictine Monastery at Tewkesbury. Later, however, it became part of the Parish of Leckwith, Llandough and Cogan. 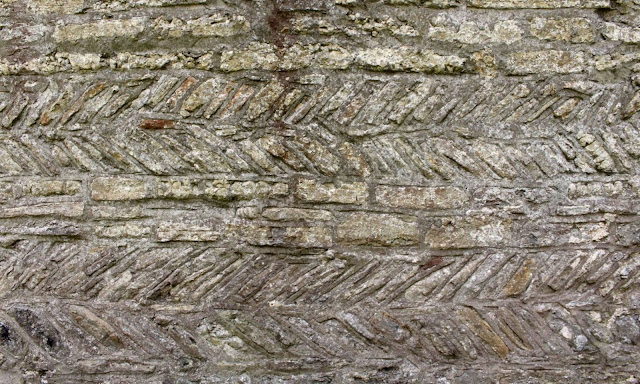 It is thought that the earliest parts of the current church building date from at least the 12th century. The herringbone pattern, made from small slabs of Lias limestone, was popular in both Celtic and Saxon communities. There have been many changes to the original building over the centuries: the nave was extended and a porch added to the building in the 16th century, and, though the church fell into disrepair in the 18th century and had become a ruin used to shelter cattle, it was renovated at the end of the 19th century when this area was under the control of the 3rd Marquis of Bute. 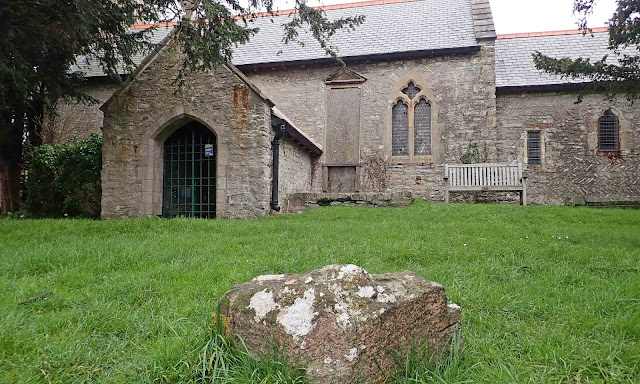 In the churchyard, in front of the porch, lies a big old lump of stone. This is the base that once supported a large stone cross. The base dates from the 15th century but the church authorities believe ‘the cross itself may have been far far older and could have dated back to the Celtic church era. The cross could well have been destroyed by Cromwell’s soldiers after the Battle of St Fagans. This was standard practice.’

Also in the churchyard are some magnificent Yew trees that look ancient and may well have been planted in pre-Christian days. The website explains that
One of the trees is a ‘bleeding yew’. Red sap runs from the trunk. This is a strange phenomenon explained over the years in many different ways. Some believe that Jesus Christ was crucified on a cross made from yew and that some trees will bleed forever. One local legend says that the tree will bleed until the Normans leave Wales and King Morgan’s family are back on the throne. That could be a bit tricky.

There was once a medieval village around St Peter’s and Old Cogan farm ... but that’s a story for another day.