I learnt a new word recently, the Welsh word ‘mynwenta’, which translates roughly as ‘graveyarding’. It’s something I seem to spend a lot of my time doing, exploring my local cemetery, for the history and stories of its deceased, for the art and architecture of its monuments, for the wealth of its wildlife and the flourish of its flora. 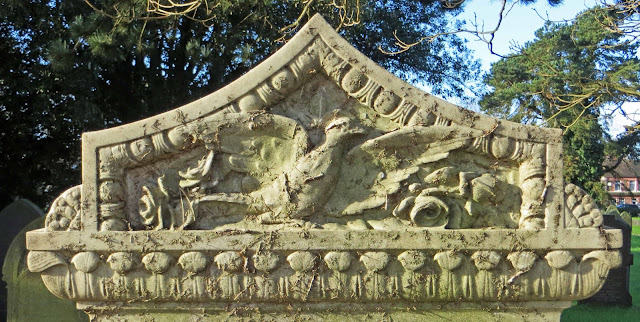 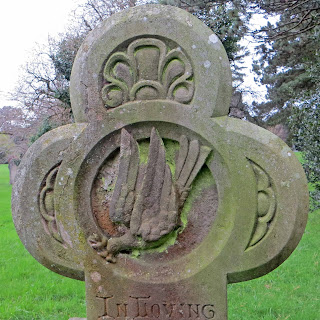 Today’s post looks at birds in the cemetery – not the birds that fly overhead, perch on the crosses, hunt for worms in the grass or build nests in the trees but rather the birds that adorn the headstones and grave monuments – the stone birds.

Though some of these birds appear on headstones purely for their aesthetic value, chances are they also have a symbolic meaning as the Victorians were more than a little obsessed with symbolism.

Birds that are depicted with outstretched wings, as if in flight, may represent souls, winging their way to heaven. Flying birds have also been interpreted as the messengers of God. 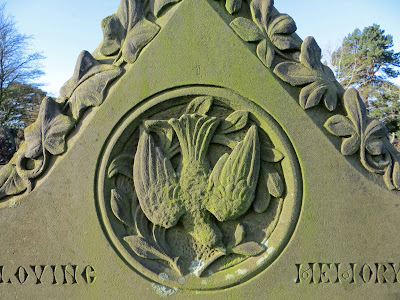 The most common bird found on grave monuments in Victorian cemeteries is the dove, that universal symbol of peace, in this case the everlasting peace of death. For Christians it is a biblical reference to Genesis 8:8 and the dove that was sent out from the ark by Noah to find land after the flood. Though it returned empty beaked the first time, it returned the second time with an olive leaf to show that trees had appeared above the flood waters as they receded, and many of the headstone doves are depicted with leaves in their beaks.

Though I found no examples in my local cemetery, other birds can be found on headstones and each has its own meaning. The eagle symbolises a career in the military and stands for courage and bravery; the owl has long been associated with wisdom so can appear on the headstones of scholars and those known for their wisdom and studious character; and the rooster, in Christianity, symbolises the Resurrection (hence the roosters commonly seen on the weathervanes of churches). 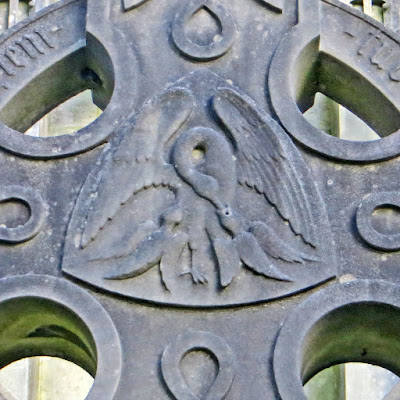 One rather intriguing headstone I found has a lovely carved relief of a swan, with outstretched wings, feeding one of two cygnets at its feet. The symbol appears in the centre of a Celtic cross and I have read in Celtic myth that ‘when inhabitants of the Otherworld required passage to the physical land of life ... they would take the shape of the swan’.

However, this grave is amongst those in the Catholic section of the cemetery and very closely aligned with those of local bishops and priests so perhaps here the swan is more symbolic of a priest ministering to his flock.

It may also be a reference to the ‘Seven swans a-swimming’ from the ‘Twelve Days of Christmas’ song, which I only recently learnt was, in fact, a rhyme created as a catechism for Catholics unable to practise their faith openly in Britain between 1558 and 1829. The swans in the song apparently represented the sevenfold gifts of the Holy Spirit: prophecy, serving, teaching, exhortation, contribution, leadership, and mercy.

I also came across a rather delightful headstone inscription referring to our feathered friends: ‘May the birds sing their song on high in your loving praises.’ I rather like the idea of a chorus of birds singing when someone dies, a final serenade to the deceased – much more appealing that some of the songs people choose to play at funerals. 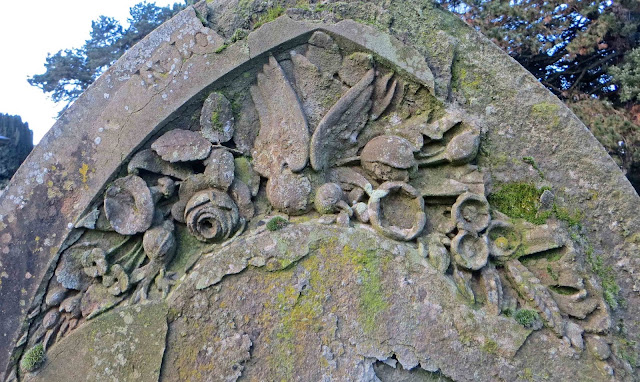