Mention ‘ruins’ and, in the blink of an eye, my camera bag is packed, and I’m in the car, ready to go! So, when Jill suggested we visit the site of an old priory, I said yes immediately (and, even better, it’s in a public park, so no entrance fee).

This from the signboard at the entrance:

The Priory of St Pancras, founded about 1078, was one of the largest and most powerful monasteries in . It was of international importance as the first Priory in linked to the influential Abbey of Cluny in , France. What you see today are the ruins of this once magnificent establishment. After nearly 500 years most of it was deliberately destroyed in 1538 during the Reformation on the orders of Henry VIII. 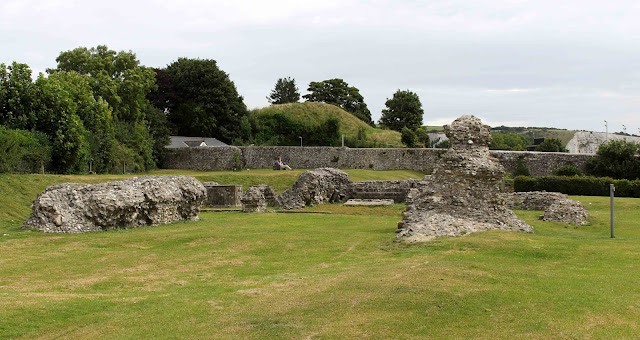 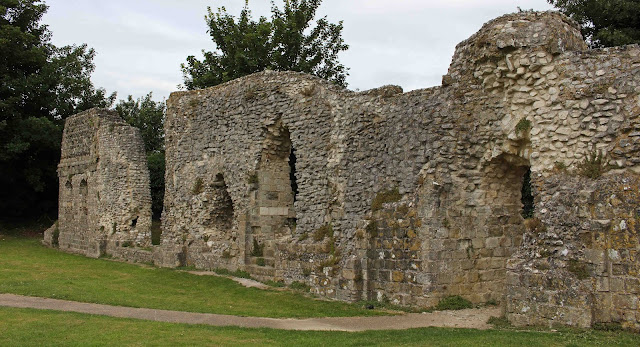 As the sign goes on to say, it’s difficult now to imagine how grand and imposing the whole site must have been in its heyday – there were approximately 100 monks living and worshipping here in the 12th and 13th centuries, though there were only 24 at the time of its demise – but the frequent signboards around the site do a good job of helping the visitor imagine how the huge buildings once dominated this landscape (like the image below). 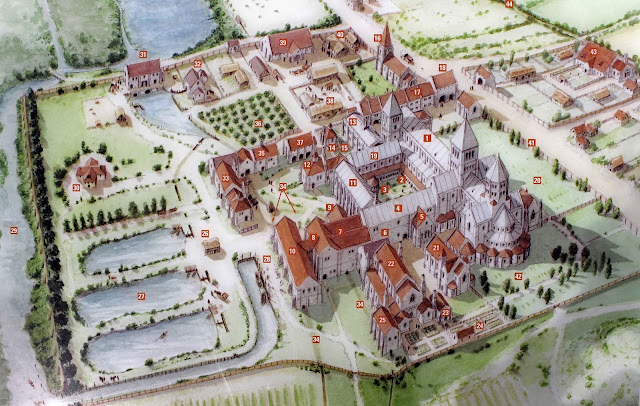 As  well as the enormous Priory church and its cloister, and the lodgings, a huge kitchen and the refectory for the monks, there was also a guesthouse, an infirmary and accompanying physic garden (and there’s still a small herb garden to give you an idea of what the monks used for their herbal remedies) and, of course, a reredorter (I love this fancy word for the toilet block), as well as a water mill and brewhouse, granary and bakery, forge and stables.

Though it is certainly difficult to imagine the grandeur, archaeological evidence shows that the church walls were decorated with frescoes, the floors were clad with fine glazed tiles, and the ceiling soared to grand heights under enormous curved stone arches. 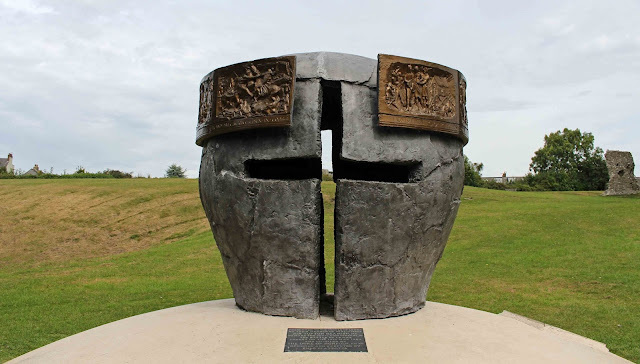 Also on the site is a monument, unveiled on the occasion of the 700th anniversary, to commemorate the Battle of Lewes, fought on 14 May 1264. The English barons, led by Simon de Montfort, were fed up with the extravagance and bad governance of King Henry III, and fought to have ruled by a council rather than the king – very forward-thinking of them! The barons won the battle and forced the king to sign the Mise of Lewes, a treaty restricting his authority, but, as history shows, royal power was later restored. 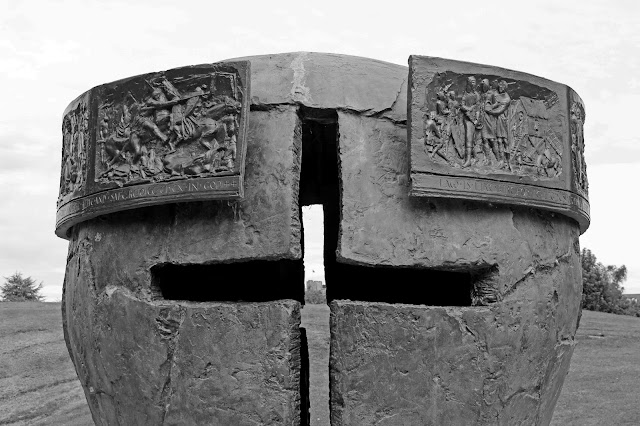 Designed by Enzo Plazzotta and perfectly sited to view the tower through the facial slits, the helmet sculpture is a very impressive and very appropriate artwork, and there is something rather haunting about its empty shell. When engineers were building a new railway line through Lewes in 1845 (sadly, right through the northern part of the site!), they uncovered the burials of hundreds who died in the Battle of Lewes, so it’s fitting that those early pioneers of democracy be remembered here for their courage.

There is a mound near the entrance to the park, which, when climbed, provides wonderful views over the Priory ruins, some of Lewes township and across the surrounding countryside. Though we didn’t have time to explore on this occasion, Lewes itself looked old and interesting so that’s on my list for a future visit to East . 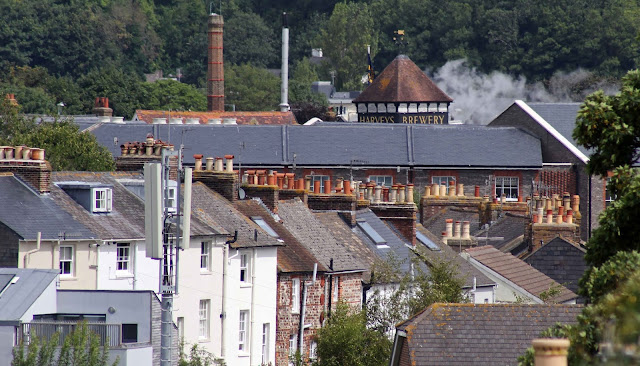