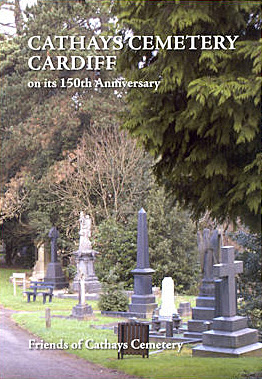 When I read the chapter heading ‘Leg of Male’ in the Friends of Cathays Cemetery’s 150th anniversary publication and discovered the leg – not the body, just the leg – of one Samuel Chivers was buried in the cemetery, I was intrigued.

Nowadays, if a person suffers the terrible misfortune of losing a limb, the body part is most likely incinerated along with the hospital’s other medical waste. However, that wasn’t always the case, and in contains the burials of at least four legs. (I say 'at least' as more may be discovered as transcription of the burial registers continues.)

Some religions (Orthodox Jews, for example) believe that all body parts must be buried with the body, but that also isn’t always the case. The left arm of American General Thomas Stonewall Jackson is a well-known example – though died not long after he lost his arm, the rest of him is buried in a separate grave. That is also true of our Cardiffian legs. In one of the four instances, the body is not even buried in the same cemetery. Apart from the locations of their burial plots, very little was known about the lost limbs and their former owners so I started sleuthing.

PONTYPRIDD.  CARRIAGE ACCIDENT ON THE CARDIFF-ROAD.
A few evenings ago Mr. Samuel Chivers, vinegar merchant, , and Mr. Edward Rees, his relative, were thrown out of their trap while on their way from Pontypridd. One of Mr. Chivers' legs was so terribly injured that the bone protruded through the cloth of his trousers, The injured limb was amputated by Dr. Edwards, Taff's Well, on the following morning. Mr. Chivers is a native of Pontypridd. Mr. Rees, also, was injured, but not seriously.

Samuel’s leg was buried in Cathays on 16 April 1883 and the site is now marked with a wooden cross, though that is a recent addition. It was originally thought that Samuel was buried elsewhere as he and his large family of 12 children and various servants had moved away from central but there is, in fact, a family plot in . Samuel’s son, Harold, was the first to be buried there, in November 1902, followed by Samuel's wife Mary, in 1915, and finally by Samuel himself, when he died aged 73 in 1917. He and his leg are, however, still quite some distance apart.

The Chivers leg was not the first to be buried in Cathays. That dubious honour goes to the unfortunate Miss Skyrme, whose leg was buried a few months earlier, on 23 January 1883. Research had already revealed that her leg had been amputated following a horrendous accident at Gelli Colliery, at Pentre in the , on Friday 19 January 1883.

She was one of a group of seven women and five men taken down the pit to see the workings by the manager Mr Daniel Thomas. They had only been underground a short time when a haulier lost control of a tram, which then ran wild down the tramway. Most of the group managed to get out of the way but the tram ran over Miss Skyrme’s leg and the damage was so severe that the leg was amputated the following day. 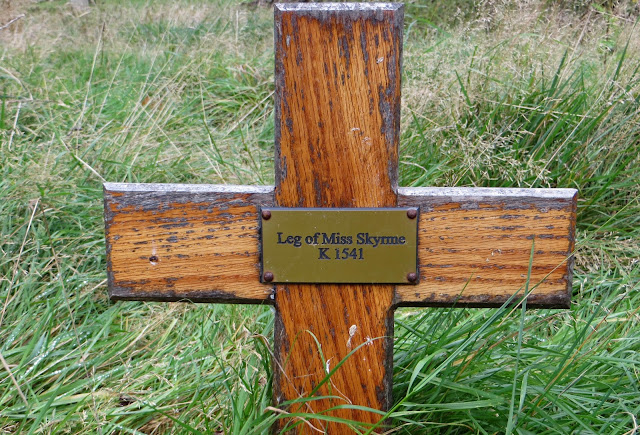 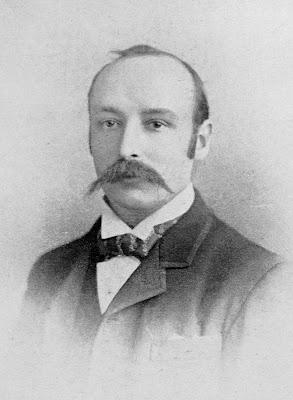 But who was she? Edith Fanny Skyrme was born in Ystradyfodwg in 1867 to Edward and (née George) Skyrme. Her father was both grocer and postmaster in Pentre. When she was born, Edith already had three older brothers, Henry (pictured at right, who went on to become a doctor), Frank (who became a clergyman) and Charles (a chemist). Two more daughters – Kate and Clara – and three more sons -- William, Richard, and Harold (another chemist, who developed the Shurzine Antiseptic Healing Ointment that was used extensively to treat soldiers' wounds in World War One) – brought the total number of Skyrme children to nine. Another daughter, Alice, died when just a few months old.

Some time between 1873 and 1875, the family moved to 6 Terrace, in , though Edward still ran his grocery business in Pentre. They were obviously quite well off, as the 1881 census shows they employed two domestic servants. With such a large family, I’m sure Mrs Skyrme was glad of the help!

Sadly, though, the family were no strangers to tragedy. Their son Richard died, aged just 7, in the last months of 1882 so the family would only just have been recovering from that tragedy when Edith’s accident happened. In those days amputations were much more traumatic medical procedures than they are today so it was touch and go for a few days as to whether Edith would even survive. But, luckily, she was young and strong, though she remained at the house of Mr Rubert Boddicombe, fireman at the colliery, for a month until she was deemed well enough to make the journey by train to the family home in .

Unfortunately, Edith’s father Edward didn’t survive to see his daughter marry, as he died in April 1894, at the age of 64, but I’m sure the rest of the family gathered around, early in the year 1900, to help celebrate Edith’s marriage to 39-year-old Arthur Thomas Haddock, a coal salesman of Whitchurch. A daughter, Margaret Frances, was born the following year.

Once again, tragedy struck, as Arthur died of pneumonia in the first months of 1907, aged just 46. For a time Edith and daughter Margaret continued living in Whitchurch, then lived for various periods with some of her brothers in England, and with her sister Kate and her family in . She died in at the end of 1924, aged 57.

Edith Fanny Skyrme experienced much tragedy in her life but managed to rise above the trauma of the loss of her leg and live a relatively long life. She was buried with her husband in St Mary’s Church graveyard in Whitchurch so was never reunited with the limb she lost in that terrible accident at Gelli Colliery in January 1883.


The story of the other two leg burials discovered at Cathays Cemetery will follow in my next post.

Thanks to Eric R. Fletcher for much of the information on Samuel Chivers, derived from his chapter ‘Leg of Male’ in Cathays Cemetery Cardiff, on its 150th Anniversary, Friends of , , 2009. To buy a copy of this fascinating book, check the Friends website.
Thanks also to David Skyrme for additional information about the Skyrme family. You can learn more about his extensive research into the Skyrme surname here.
Posted by sconzani at 17:33