Maybe it’s because these are something doesn’t have a lot of; maybe it’s a lingering fascination from childhood stories of chivalrous knights and distressed damsels; or maybe it’s the intriguing historical tales associated with them. Whatever the reason, I will never turn down a day out exploring a castle and 13th-century certainly did not disappoint. 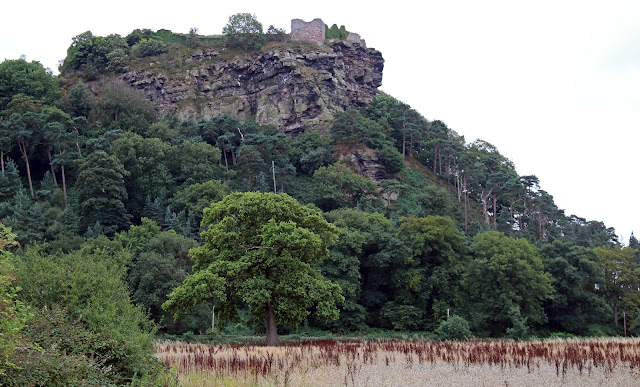 Though now mostly in ruins, its stunning location atop a steep rocky crag sets Beeston apart from many similar fortifications. It boasts three levels for exploration: a Victorian wall and ticket office, totally in keeping with the style of the older ruins; an outer curtain wall and guardhouse half way up the hill; and the crowing glory, the inner curtain wall, gatehouse and ruins that sit on top of this mountainous outcrop.

The kid in me led me to check out every narrow arrow slit and tiny window slot in the crumbling walls. 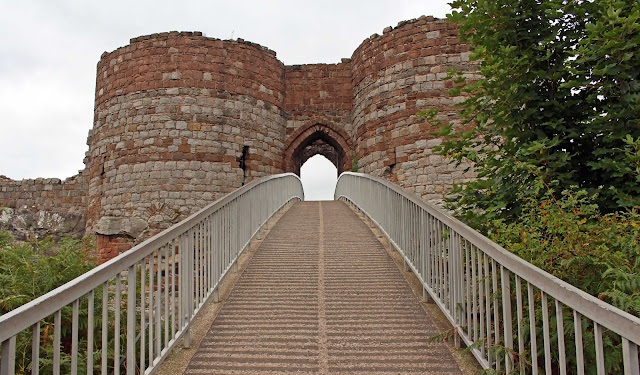 Even the modern bridge that spans the vertigo-inducing rock-cut ditch to the inner gatehouse is a cracker. Its steep arching design requires a final effort of leg muscle before the reward of equally breath-taking vistas, and it’s the perfect prop for photogenic images. 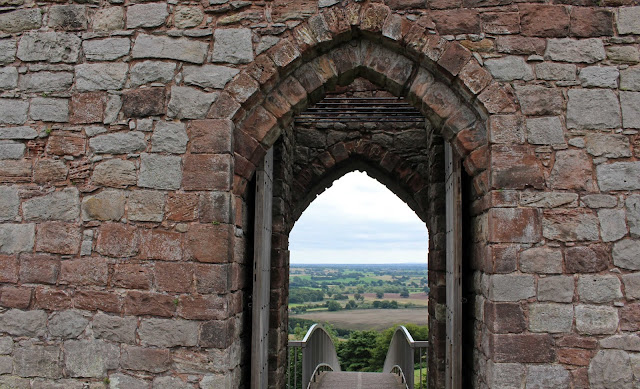 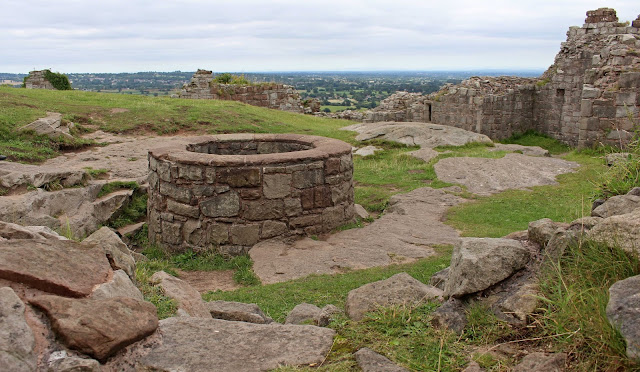 Surprisingly, there's a 100-foot-deep well on the top of the hill. Apparently, it’s the legendary hiding place for King Richard II’s lost treasures. 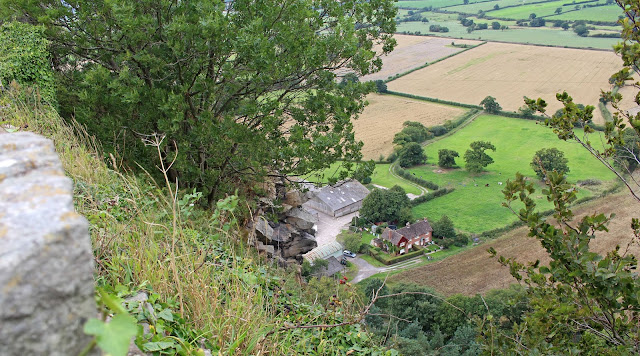 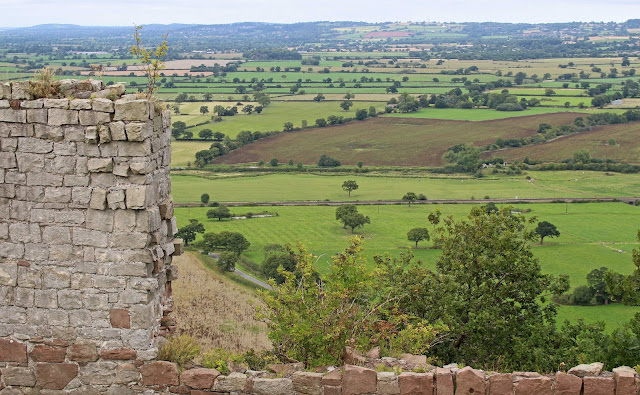 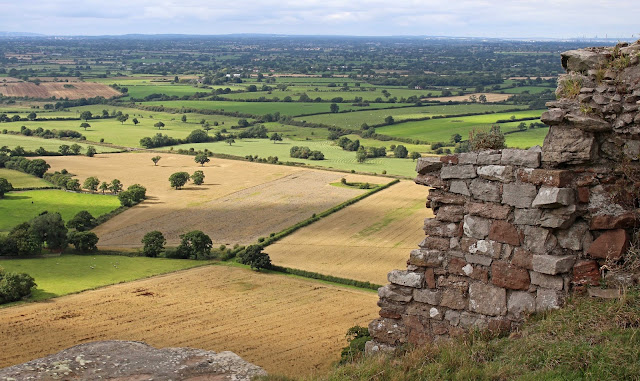 For the most part, is a county of plains and low rolling hills so, for me, one of the very best things about was the spectacular panoramic views from the inner bailey. On a good day – and we had a beautifully clear day – you can catch a glimpse of Chester and Liverpool, 10 and 22 miles away respectively, and you can also see the Welsh Mountains, which are 30 miles distant in a north-westerly direction, and the Pennines, which are the same distance to the south west. If you dare, you can also check the view straight down – 500 feet straight down, that is! 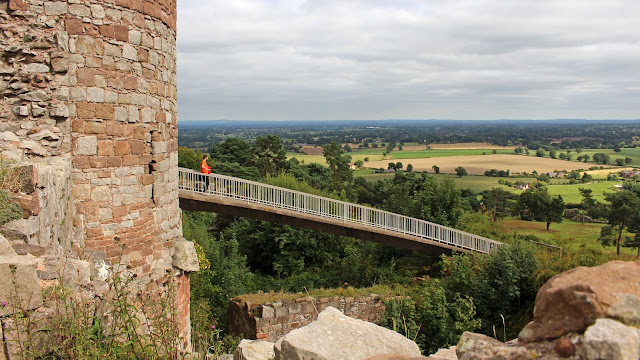 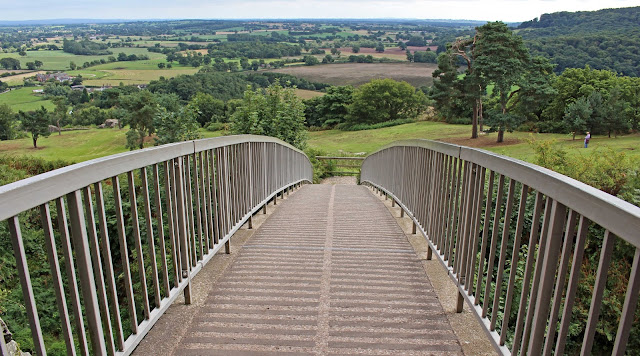 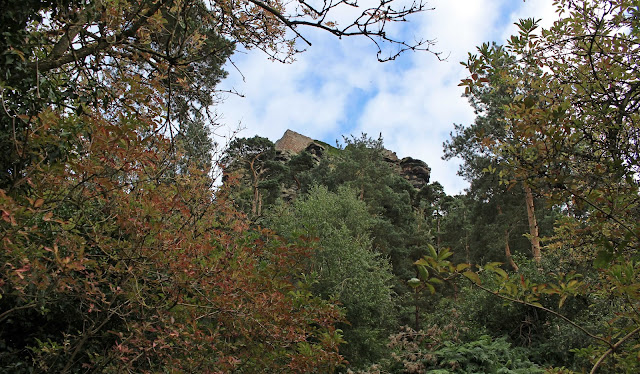 When you’ve seen enough of the green and pleasant countryside, you can head half way down the hill and, just outside the outer gatehouse, take a left to connect with the woodland trail that meanders around the entire site. Its leafy shade was welcome on a warm day and at a couple of spots you can catch glimpses of the castle towering high above, though mostly the tall trees obscure the crag. 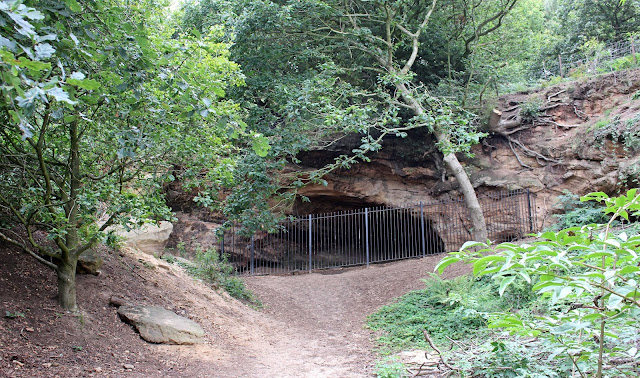 The end of the woodland walk brings you to a surprise feature, a series of 18th-century man-made caves (inside picture here) that may once have housed stables but have now been walled up to protect visitors from themselves and to protect the colony of bats living within. 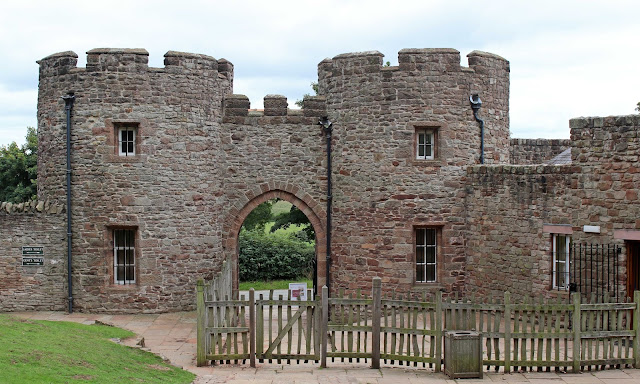 And, at the very end of your tour of mighty Beeston, don’t forget to check out the shop where English Heritage has a selection of gifts and souvenirs for sale, where there’s an exhibition highlighting aspects of the castle’s past, and a café for hot and cold snacks, particularly a well-deserved and very yummy locally made Cheshire ice cream!

was superb on a bright summer’s day but I’d also like to see it on a dramatic, snow-touched winter’s day. Beeston, I’ll definitely be back! 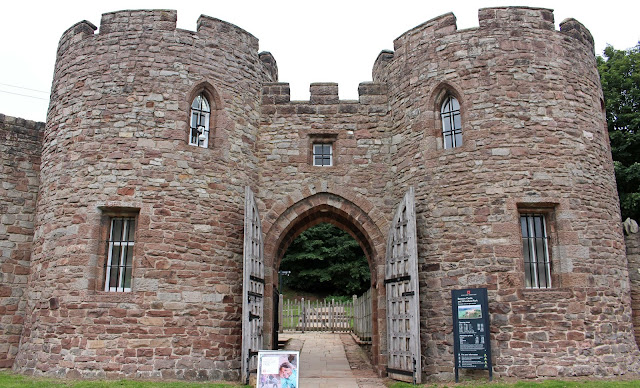