Wisconsin: WOW: the Walls of Wittenberg

is a tiny village of just over 1000 people in , a sleepy little place, with not much happening and, judging by the few folks I saw during my short visit, it has its fair share of country hicks. Yet it has one major claim to fame: the walls of many of the buildings in the town centre are covered in large colourful murals.

According to a local signboard, the idea behind WOW, the Walls of Wittenberg, is to ‘bring out the beauty and unique character of the area in a way that revitalizes the downtown, honors the area’s history and attracts visitors.’

The first mural (above) was started on 30 August 2005 and took around six months to complete. Painted by artist Ram Rojas, it is entitled ‘Foundation of Faith’, and its intention is to depict the faith exhibited by those who settled in the area and the faiths of its current inhabitants.

Since that group of paintings was finished, at least 22 more murals have been completed around the town, at the school and on the walls of businesses, and a small Art Park (see below) has also been added. 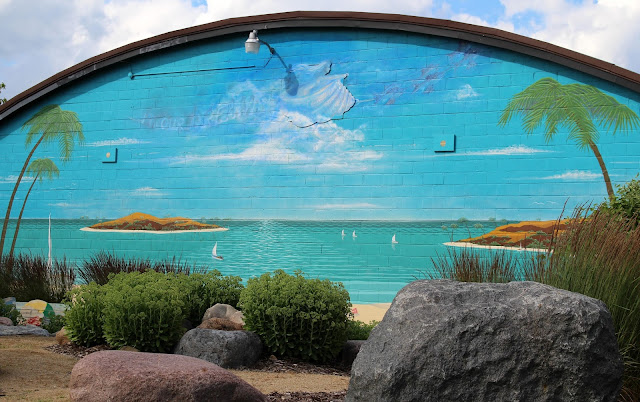 The subjects of the murals include aspects of the town’s history (like an old-time hardware store), display details of the work of the businesses whose buildings they adorn, show community members past and present, and pay tribute to the courage of the local volunteer firefighters and emergency paramedics. 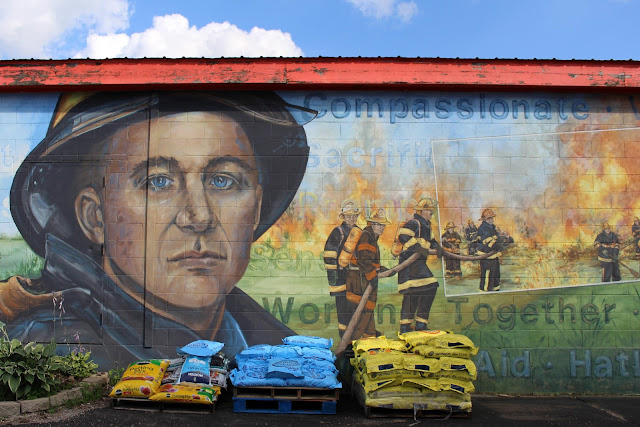 In 2013, a mural tribute to the Green Bay Packers was added to the growing list. Not surprising in a state that seems more than a little obsessed with their local football team! 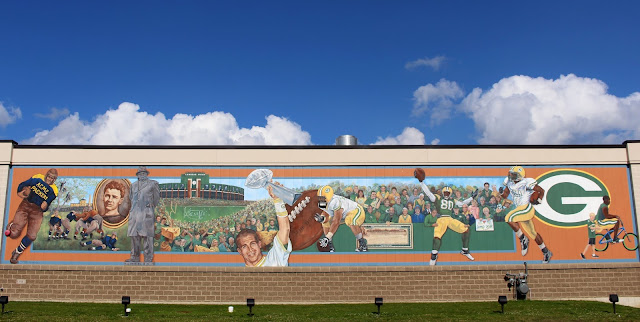 I applaud whoever came up with the original concept. The murals bring colour and vibrancy to an otherwise quite ordinary town, and hopefully also bring in revenue from those who visit to see the murals. One tip though to the folks of – make sure your shops and cafes are open to take advantage of the visitors!