The eagles have landed

In 1782 the American Bald Eagle (Haliaeetus leucocephalus) became the official bird emblem of the United States because of its majestic beauty, great strength, long life, and because it's native to North America. It appears on the Great Seal of the United States, is stamped on the reverse of several American coins, and its image can be found in a multitude of locations, situations and media throughout the United States. 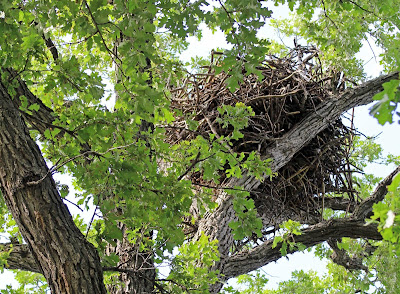 I’m a passionate birder so you can, no doubt, imagine my delight that I got to see Bald Eagles on my very first day in the .

My friend Trudey had been following these eagles right from the time the three eaglets were born, about a week apart, back in March, and had shared some fantastic eaglet photos on Facebook so I was hoping I would be lucky enough to see them when I arrived. The birds had fledged, in stages, about two weeks prior to my arrival, so were no longer on the nest but were still spending most of their time in the immediate vicinity of the nest, in a park alongside the Fox River near Green Bay, Wisconsin.

We visited the park several times during the first few days of my visit so I was fortunate to get photographs of the three fledglings in various places and poses. I only saw one of the adult birds and that one only once, but I did get a closer look at two adult Bald Eagles being cared for at the Bay Beach Wildlife Sanctuary near . 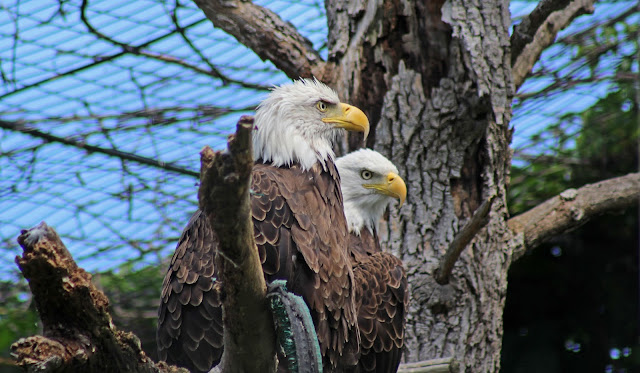 Bald Eagles are fascinating birds but rather than repeat all their cool facts and figures here, I’ll let you read them for yourself on the Cornell Lab of Ornithology website.

I feel very privileged to have spent several hours watching these magnificent creatures and I hope you enjoy looking at these few of the hundreds of photographs I took of them. 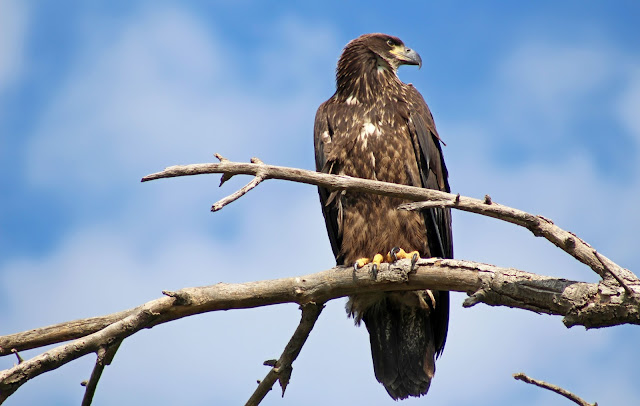 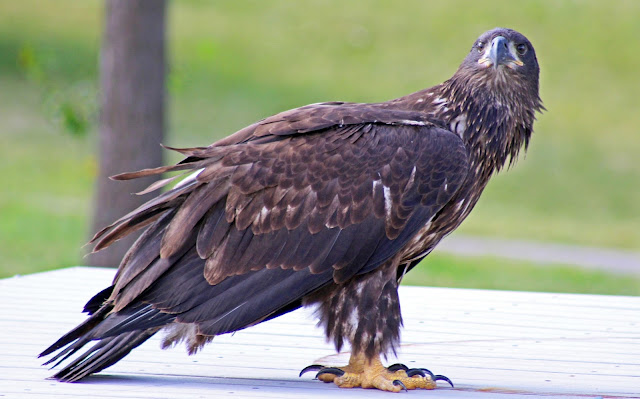 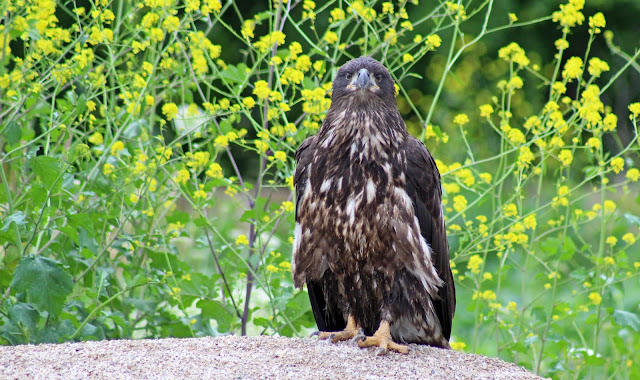 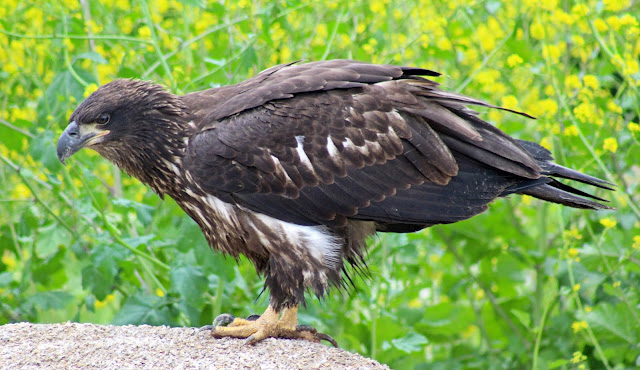 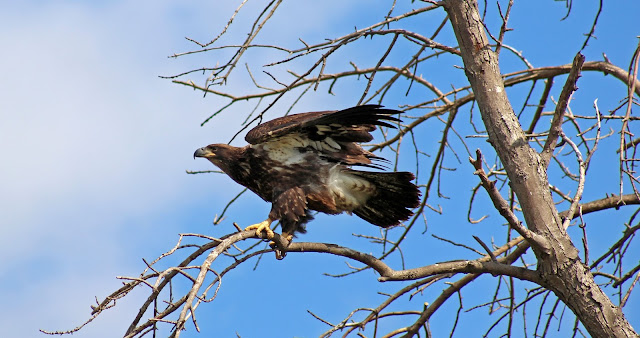 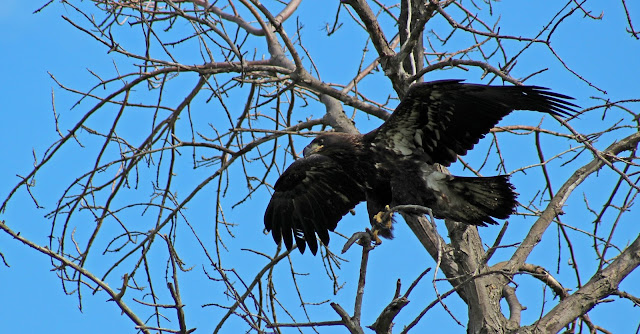