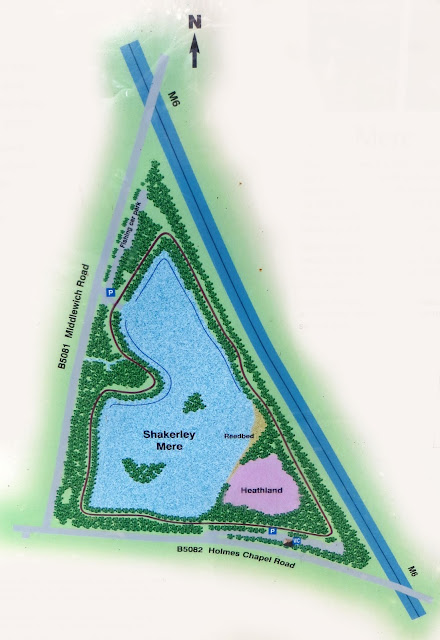 Last Sunday I went for a stroll around Shakerley Mere, a man-made lake that was originally a quarry for the sand used to make coloured glass. Between 45 and 50 metres underground in this area lie glacio-fluvial deposits of sand and gravel deposited during the last glaciation. At Shakerley, when the sand extraction dried up in the early 1960s, those fine chaps at British Industrial gifted the mere to Cheshire County Council as a recreational park. The quarry site gradually filled with water and created the mere we see today.

The reserve is roughly triangular in shape and the land flat so the 1.4 kilometre walk around is a breeze for all ages and takes no more than half an hour at a leisurely pace – though it will take a lot longer if you search almost every inch of the trees and scrub for fungi, as Sarah and I did. The main path is suitable for wheelchairs and baby buggies and, with tables and seats scattered around the lakeside, this is also a lovely place to picnic beneath the birch and oak.

The pretty woodland around the lake’s edge provides a welcome home to a variety of birds and plants, dragonflies, damselflies and butterflies (though we didn’t spot flutterbies of any kind on this rather windy, autumnal day). Our waterbird sightings included gaggles of Canada Geese, flocks of black-headed gulls, many Mallards, a Muscovy duck and an Aylesbury duck, a mute swan, one black cormorant, a couple of moorhens and coots.

Apparently, lots of cormorants join the flocks of black-headed gulls that enjoy Shakerley for a spot of winter roosting, and the great crested grebe is resident in all but the most severe weather. Unfortunately, we missed seeing the grebes and the occasional herons that feed on fish fry and amphibians along the mere edge. We also missed the kingfishers that are year-round residents and we’ll need to go back for sightings of the oystercatchers that visit during the summer months. 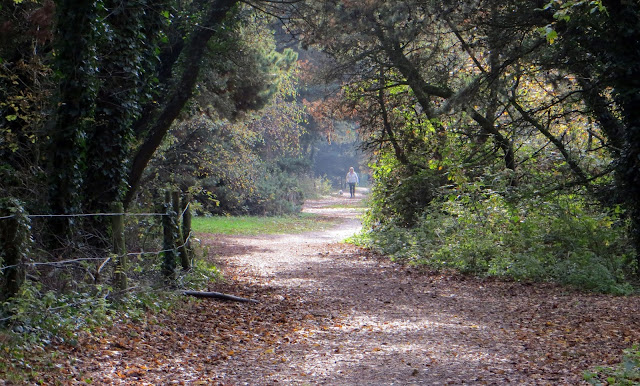 For the fisherman, the Mere is stocked with carp, bream, roach and perch. The water is leased by Lymm Angling Club and, for the keen visiting angler, day permits are available.

As well as the woodland, there is also a small area of heathland in the south east corner of the reserve and it is a Site of Biological Importance (note the capital letters!). Invasive trees and shrubs have to be kept from invading this area so I imagine there’s a bit of scrub-bashing goes on here from time to time. Heathland is a habitat created by man – early man cleared the trees and shrubs, rain washed most of the minerals out of the dry, sandy soil so only plants like heather will grow in the altered habitat.

The heathland at Shakerley is made up of heather and cross-leafed heath, with cotton grass and rush growing in the damp hollows, and coarse purple moor grass growing between the heather plants. Also, Shakerley Mere is the only place in Cheshire where Marsh St John’s Wort can be found – just thought you’d like to know that! 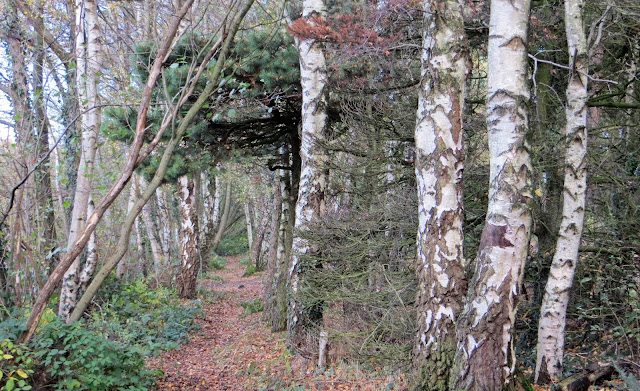 Perhaps you’re also curious, as I was, about the name Shakerley. Well, the mere sits near the tiny settlement of Allostock, which dates back to at least the 13th century and has strong connections to two old families, the Grosvenors and the Shakerleys. According to Wiki,

‘In 1453 the Shakerleys inherited Hulme Hall and about 1000 acres of Allostock’s 3000 acres, through the female line. Several of the Shakerleys are buried in the Shakerley Chapel in the south aisle of where memorials may be seen including one to Sir Geoffrey Shakerley who fought for the King in the Civil War. At the of Rowton Moor near [in 1645], Sir Geoffrey rowed across the in an old tub with his horse swimming beside him. Roundheads were blocking the roads and he needed to warn the King. The King hesitated with his orders. Sir Geoffrey rowed back but arrived too late and the battle was lost. In the Shakerley crest (a hare and a wheat sheaf) can still be seen on several of the box pew ends. The pews were reserved for the Shakerley tenants. In 1720 the Shakerleys built Somerford Hall (now demolished) as their main residence and Hulme Hall became a farm house.’

The only down side about this lovely place is its proximity to the M6 motorway. The constant whizz of cars zooming by on the side of the trees rather spoils the calm of an otherwise tranquil setting. But let’s not end on a negative note … the trees were wonderful, dressed in their autumn colours, the fungi were prolific and fascinating, the birdlife was plentiful and keen to interact (read: feed me bread please!), and the place wasn’t too crowded. In my book, those are all the ingredients for a perfect walk!