What’s behind the blue door?

Actually, you will be surprised to find out what’s behind such a plain-looking door in a side lane in Oropesa, Peru. 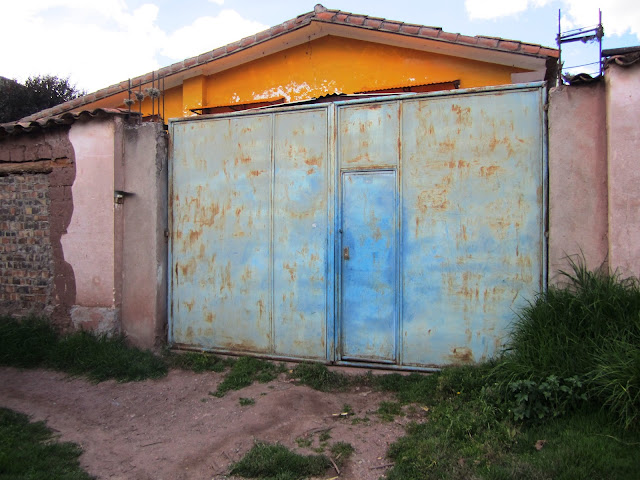 We’ve been thinking about getting some guinea pigs to raise at school, partly to breed them to make some money and partly to teach the children how to care for other living creatures. Each day at Eufemia’s, the little cafe where we have lunch, we always exchange pleasantries with an old gentleman who lunches at the same time as us.

Today, when we were asking Eufemia questions about raising guinea pigs – she has recently acquired about 40 herself, the old gentleman was also providing us with answers and extra information, and we found out he also raises guinea pigs. He invited us to visit his house so, after we’d finished eating, we went to see him.

His is the blue door. And behind that door, as well as his house, he has a room full of around 200 guinea pigs of all shapes and sizes – a couple of bigger male studs in with the females they are busy servicing, separate small cages for heavily pregnant females who are about to give birth, pens for litters of around the same age, and a whole of heap of babies (they call them cria) scurrying around on the floor. 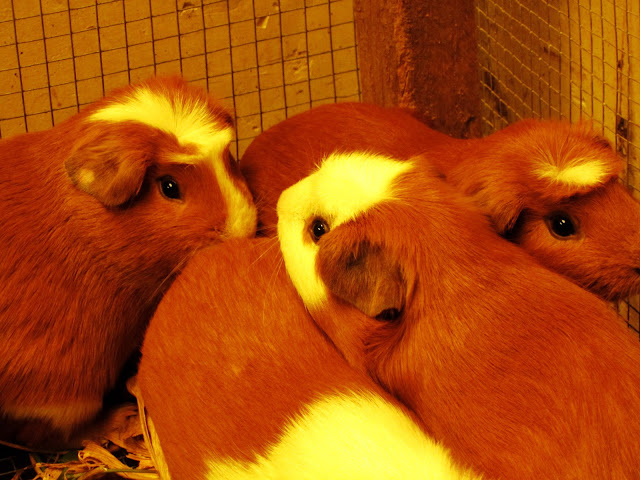 I love the rich chestnut brown colour of domesticated guinea pigs, and their fur is very soft, but it’s actually quite difficult to get near any of them. Unlike the guinea pigs kept as pets in the West, these little critters are extremely skittish and run around excitedly at the slightest movement near their pens. One thing that struck me was the noise – they squeak constantly, or wheek as some people call it. If you’ve never heard a guinea pig wheek, I found this short YouTube clip that will give you a good idea.

After visiting the guinea pigs, we were all set to leave when our elderly friend asked if we’d like to see his flowers. A few plants behind the house, I thought – how wrong I was! There were huge hot houses full of plants of all descriptions – and, interestingly, many of the plant names are exactly the same in Spanish, just pronounced differently. 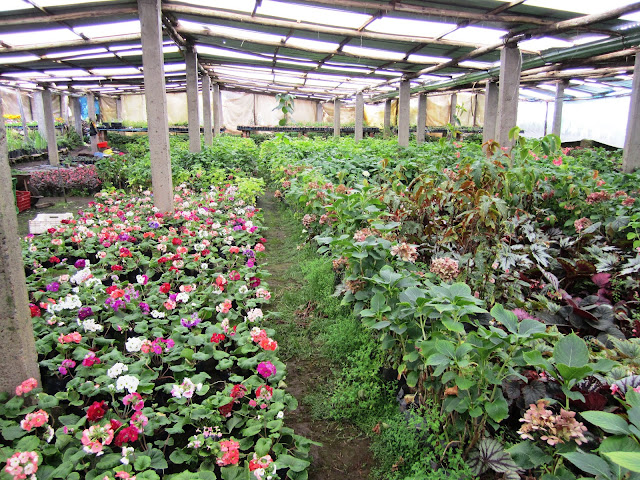 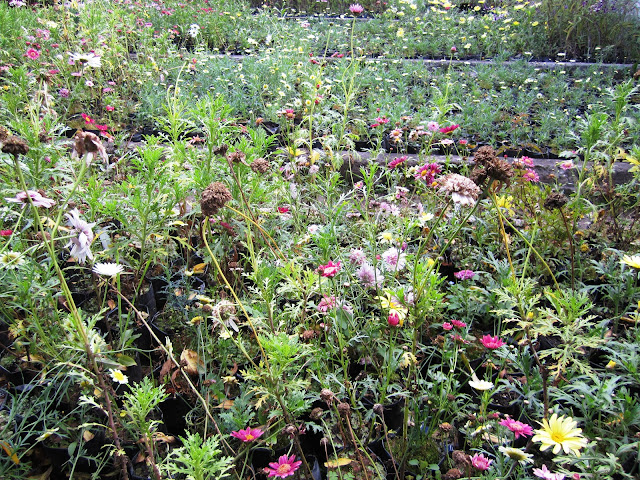 We were amazed and a little stunned and totally delighted as the man proudly showed us around. And he looks
after all these plants himself, propagating from seed and stem and leaf cutting, and eventually selling them to retailers as far away as Puno and Lima. He is a retired teacher, but now spends his days happily pottering in his wonderful garden. Who would have thought this little bit of paradise was lurking behind that bland looking front door! 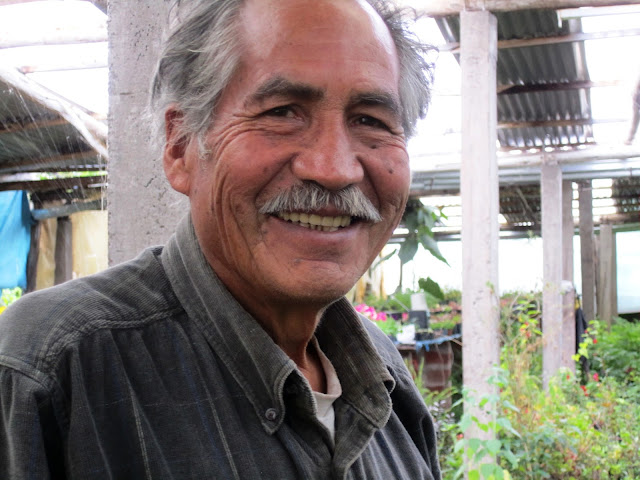