Guinea pig for lunch anyone?

Eating guinea pig is not for me, but it’s certainly very popular here in Peru. In fact, it’s a delicacy and very much savoured on special occasions, like birthdays, weddings, feast days … and, for the staff at our Picaflor House Community Project, it was the perfect food to celebrate the contribution made by our manager Nelida on her final day of work.

We lunched at a restaurant in Tipon, a small town southeast of Cusco famous for guinea pig, or cuy as it’s called here. The menu has a choice of roasted or fried guinea pig – I’m told roasted is best, as fried can be a little greasy. Whichever cooking method you choose, you don’t actually get much meat to eat, even though guinea pigs are fattened for the pot with a daily serving of tasty barley and look quite chubby with their fur on. These little pigs are actually quite lean inside and you have to work hard to get a decent meal off them, crunching and sucking on the bones for every last tasty morsel. The roasted version is usually served whole – head and feet still attached – the brain is, in fact, meant to be one of the tastiest portions! 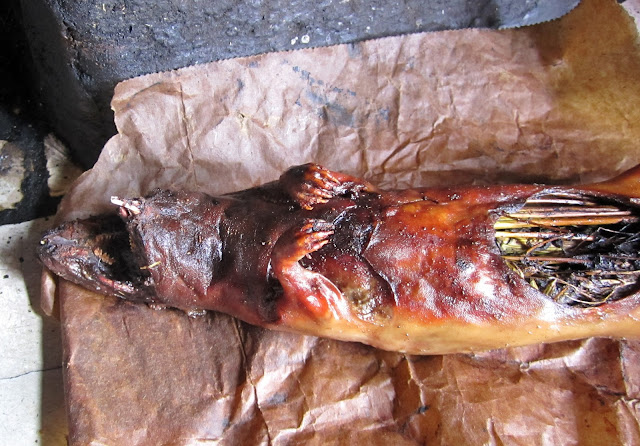 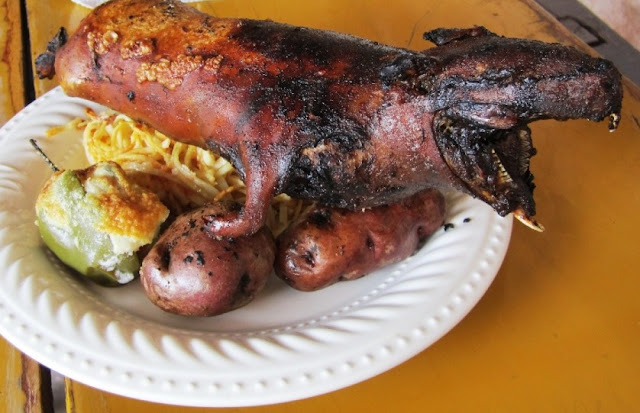 I think it’s partly the sight of the whole roasted guinea pig that puts many people off – that, and the fact that, in the Western world, we usually think of guinea pigs as soft cuddly pets. In fact, according to a news article I read today on the National Geographic website, it’s now believed that guinea pigs were widespread as pets in Europe as early as the 16th and 17th centuries, having been brought back from their native South America by Spanish conquistadors. There is even a 1615 painting by Jan Brueghel the Elder that depicts multi-coloured guinea pigs – the multi-coloured hair is, apparently, an indicator of their domestication. The poor creatures were also widely used for biological experimentation in the 19th and 20th centuries, which resulted in the epithet ‘guinea pig’ being used for any test subject. 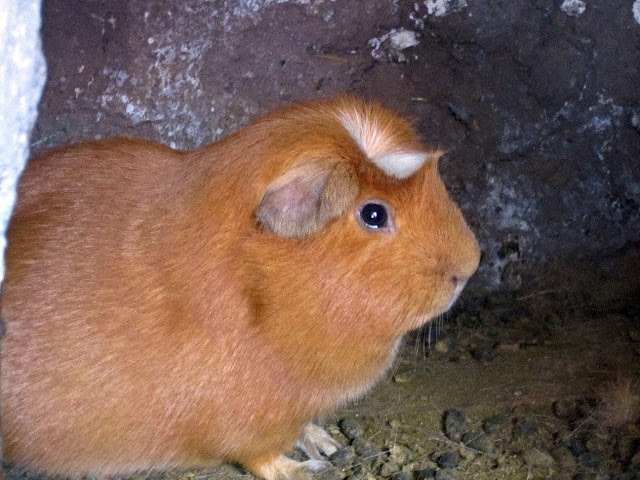 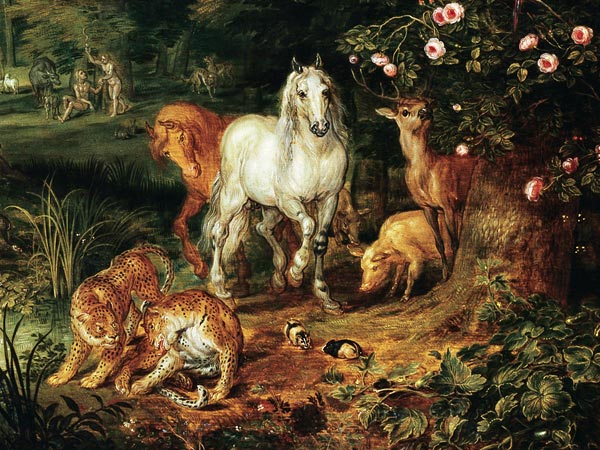 The guinea pig is, of course, not related to the pig, nor does it come from Guinea. It is a rodent and is native to the Andes. Here in Cusco, as well as the live – and roasted – animals, you can also get cuddly toy guinea pigs and stone guinea pigs – all designed with the tourist dollar in mind. 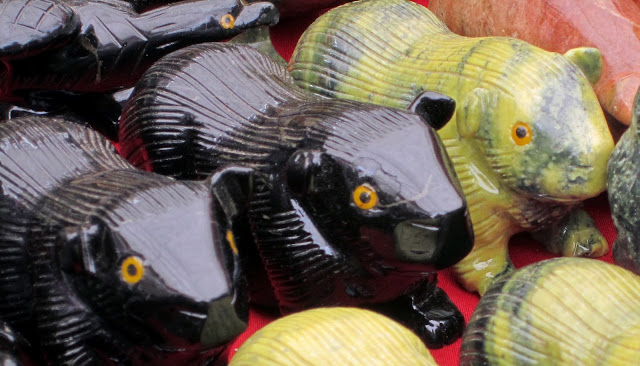 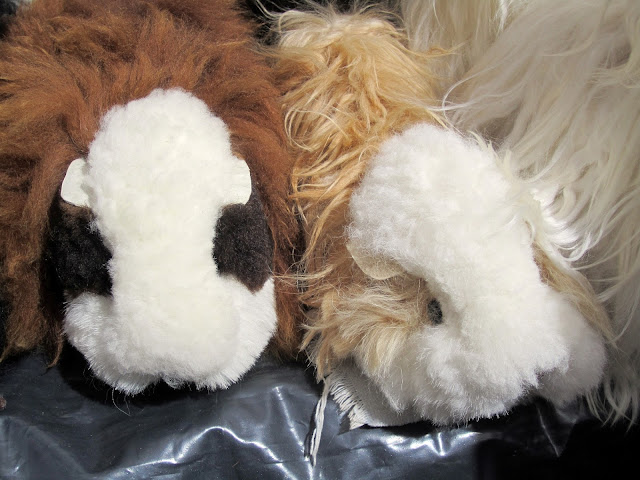