This is really the story of a mill that isn’t. Like many former windmills these days, Harebeating Mill, in Hailsham, is no longer a functioning mill; in fact, it’s not even a mill but a private house, with only the round brick base still remaining. The wooden upper storeys, while echoing in their style the original lines of the mill, are a thoroughly modern addition. 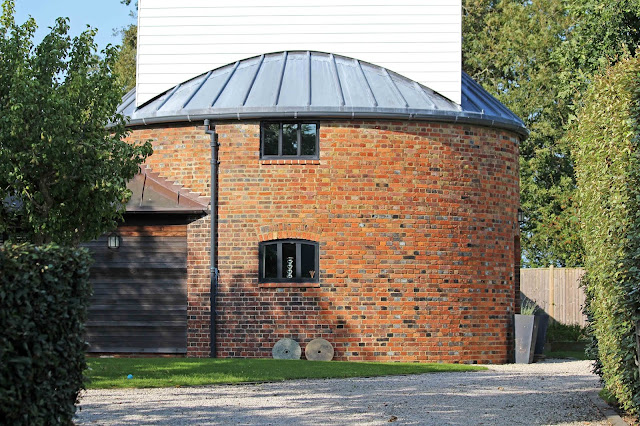 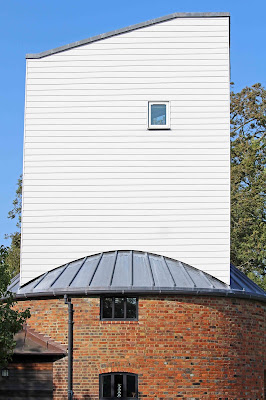 And even that brick roundhouse is not in its original location. The publication Hailsham in old picture postcards (M. Alder, European Library, Netherlands, 1984) includes an old photo of the windmill with the following caption:

This post mill, known as Kenwards or Upper Mill, was in a field at the rear of the Methodist Church. In August 1869 it was bought by Robert Thomas Martin and four months later the miller, John Grove Kenward, became enmeshed in the machinery and was killed. Mr. Martin was extremely distressed by the accident and he more or less gave away the windmill on the understanding it was taken down and removed. So it passed into the ownership of George Weller who dismantled and re-erected it on top of a two-storey roundhouse at Harebeating Lane, renaming it Harebeating Mill. The four shuttered sweeps had a span of over seventy feet. The sweeps were removed in 1918 and in 1934 the smock tower collapsed. The brick roundhouse, however, still survives.

Copyright prevents me from including any old images here but, for the curious amongst you, there are several online on the Mills Archive website. There’s a particularly good image taken around 1918 here, and a photo here from the 1940s-50s, by which time the mill was in a very dilapidated state. 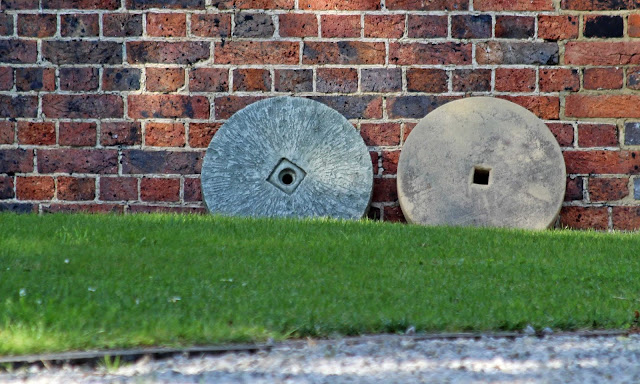 As you might expect, when I recently walked down Harebeating Lane to see this former mill, I also wondered about the name ‘Harebeating’. The residents obviously believe it relates to the mammal and have taken it to heart: one of the farms is named after it, there were sculptures of hares sitting on cottage windowsills, and two of the houses sported images of hares on weathervanes on their rooftops. 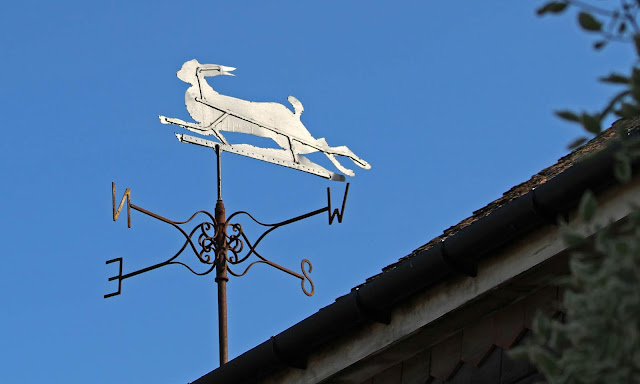 Online research wasn’t producing any answers so I asked on Twitter if anyone knew the origin of ‘harebeating’. One local birder tagged a few other birders in the local area and they all wondered, as I had, if the term referred in some way to hare coursing, the now-illegal blood sport where dogs were used to hunt down hares. 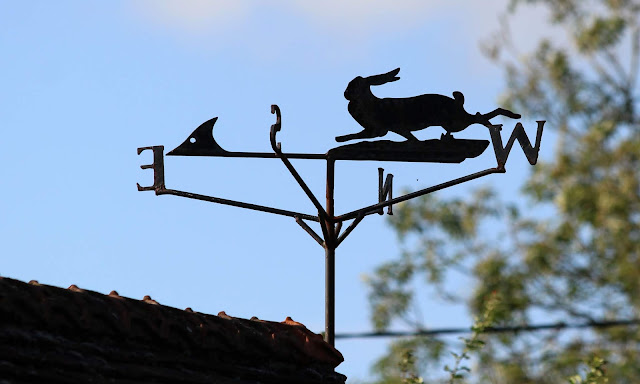 Fortunately, one of the birders also referred me to Richard Goldsmith, of the Hailsham Historical & Natural History Society, and Richard has been extremely helpful. Even more fortunately, Richard doesn’t believe the name harebeating has anything to do with hare coursing or, indeed, anything to do with hares. He was able to tell me that ‘The map of 1812 drawn to record the “Wastelands of Michelham Park Gate” shows its name as “Herring Green”’, though he warns that may have been the map maker’s interpretation of what he was told in very broad Sussex!

Richard went on to provide me with this explanation of the name from Judith Glover’s book Sussex Place Names (Countryside Books, Newbury, 1997):

Sussex has some unusual looking names, and Harebeating is surely one of the more curious. Its history is a little odd too, because it actually began as the name of a place some ten miles away at Piddinghoe, recorded during the sixteenth century as Harpetinge – alias “Harpingdene at Piddinghoo”. The place is now lost, but it was originally the tribal territory of a Saxon group called the Herebeorhtingas – Herebeorht’s people. The Domesday book lists it in 1086 as Herbertinges, and in 1211 it’s Herebertingas. By the time it became extinct, the name had become Harpingden, and the original tribal Harebeating form already transferred to what had been part of its manor lands since the Norman Conquest.

As Richard said in his email, this ‘is probably the nearest we are going to get to the original meaning of the name Harebeating.’ My sincere thanks to Richard for his assistance in trying to discover the source of this fascinating name, and to the local tweeters who offered suggestions and pointed me in Richard’s direction. 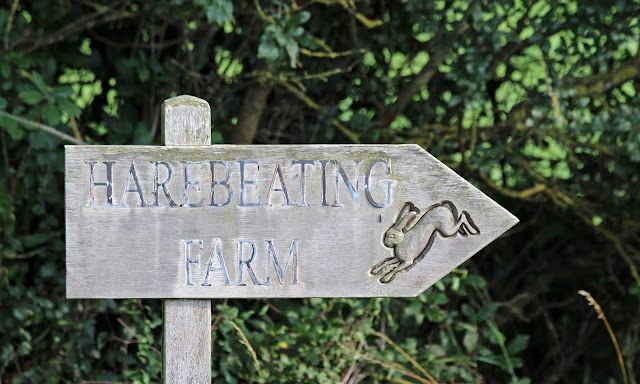