If you’re looking to post a letter in the lovely Glamorgan town of Penarth, you can choose from a wide variety of post boxes in which to place that letter for collection. There are pillar and wall boxes of various shapes and sizes, all bearing some version of the royal cypher of the king or queen who reigned at the time they were installed. The cypher usually consists of the monarch’s initials and a number in Roman numerals to indicate which monarch they are to have used that name, sometimes but not always surmounted by a crown. 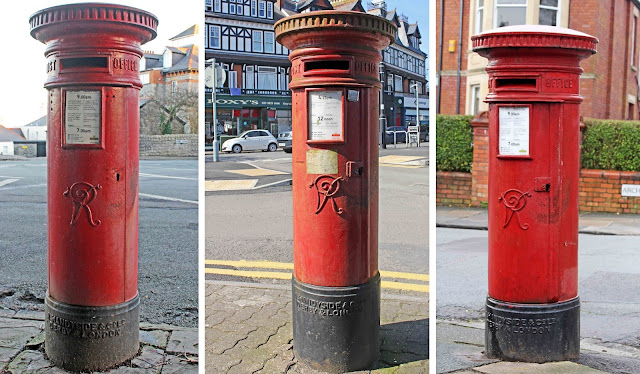 The oldest post boxes date from the Victorian era (pillar boxes have been in use in Britain since 1852), when Penarth was an extremely popular seaside resort. There are at least three VR (Victoria Regina) pillar boxes, two tall and one slightly shorter and fatter (these would all have particular design names but I’m not so fascinated by post boxes as to have researched them). Penarth also has at least one wall box – there may be more lurking in the older streets that I haven’t yet walked along. Interestingly, this doesn’t show the official royal cipher in cursive script; instead, it simply has the letters VR, with a crown between, along the top of the box. 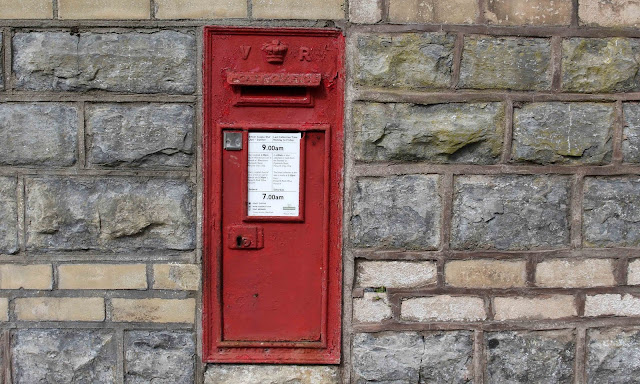 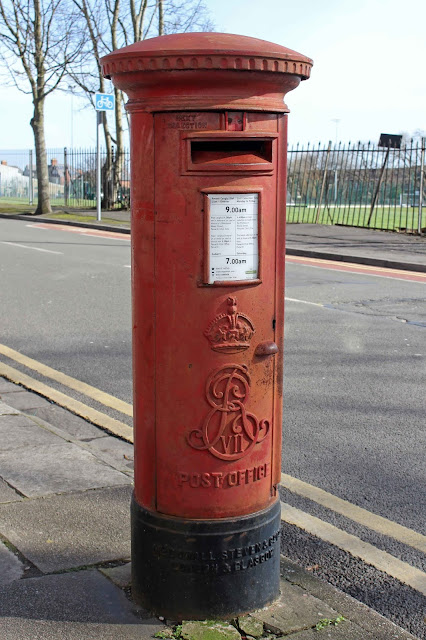 The next British monarch to reign after Victoria’s death in 1901 was her oldest son Albert who became Edward VII.

So far I’ve located one post box from his nine-year reign, the pillar box shown at left.

Edward VII certainly wins the prize for most elegant cypher, I think.

Next up was George V. Interestingly, his cypher does not include the Roman numeral V – it is simply GR.

I have not discovered why this was. (The royal cyphers are apparently designed by the College of Arms and subsequently approved by the monarch.) Penarth has at least one pillar box and one wall box from this 25-year reign (1910 – 1936). 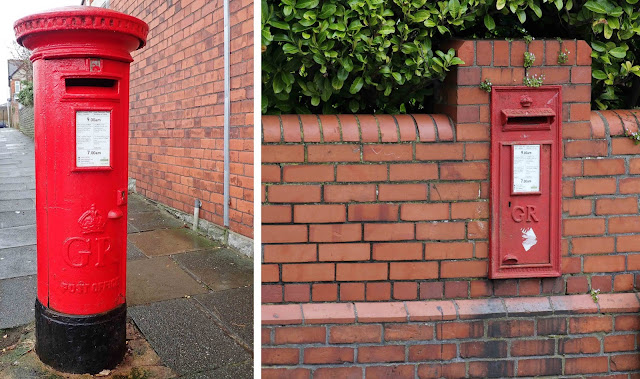 George V’s replacement was, of course, Edward VIII, the king who famously abdicated, after just 326 days on the throne, to marry American divorcee Wallis Simpson.

Although post boxes were issued with his cypher, they are few and far between, and Penarth does not have one. (There is an Edward VIII pillar box in Cardiff though – see here.) 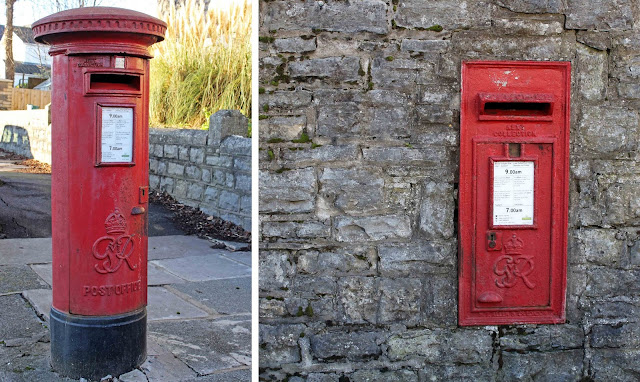 Replacing his brother, George VI became king on 11 December 1936 and served as monarch for the following fifteen years, until his death on 6 February 1952. Penarth has at least one pillar box and one wall post box from this period. 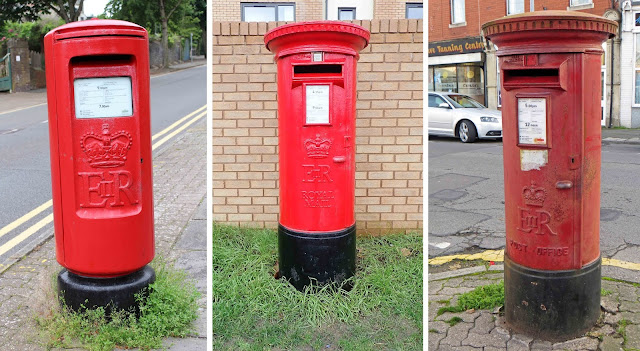 Last and longest of the British monarchs to be represented on the local post boxes is, of course, the current queen, Elizabeth II. Perhaps because of the length of her reign, Penarth boosts several different post boxes showing her royal cypher. I suspect, both from its design and its condition, that the pillar box on the right is the oldest of these. The box on the left was a ‘modern’ design that dates from 1980, but that type was replaced in 2000 by the pillar box shown in the centre, which has the words ‘Royal Mail’ emblazoned below the cypher instead of the more traditional ‘Post Office’. And that’s it until Britain gets its next monarch.