I don’t know about you but the Christmas nutcracker soldiers freak me out more than a little!

When I see them, and particularly when I’m standing close to the life-size (and larger!) versions, I keep thinking I’m in an episode of Doctor Who and the soldiers are alien beings that will suddenly come to life and try to take over the earth. 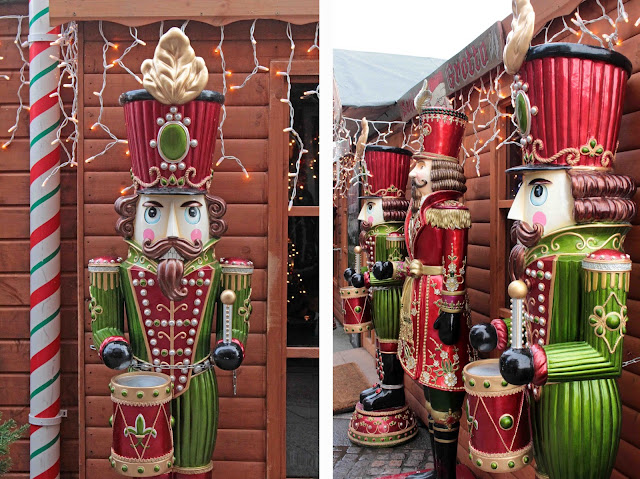 Presumably it’s the large teeth-bared mouth and generally fierce expression that gives me these fanciful ideas. Of course, the mouth of the smaller versions would once have been a functioning nutcracker, so it had to be large enough to fit the nuts, and, according to the German traditions from which this particular form of nutcracker is derived, these characters were intentionally created to look fierce. They were gifted 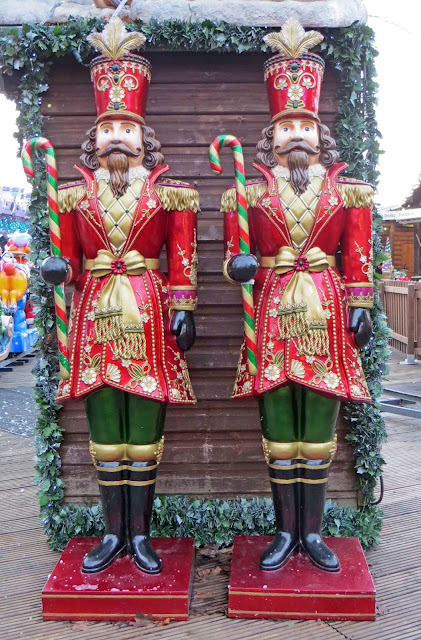 My vivid imagining of the nutcrackers coming to life is, I’m sure, also prompted but the various versions of the Nutcracker story, both E. T. A. Hoffmann’s 1816 tale of The Nutcracker and the Mouse King and the version by Alexander Dumas which, when set to Tchaikovsky’s superb composition, became The Nutcracker ballet, a perennial Christmas favourite.

These days many of the life-size statues you see decorating shops, restaurants and Santa’s Grottos at Christmas time have lost their fearsome grimace and it’s not clear whether they’re still meant to be representations of the soldiers, knights and kings that featured in the nutcracker stories, or whether the image has been conflated with that of The Little Drummer Boy, or whether they’re something else altogether. 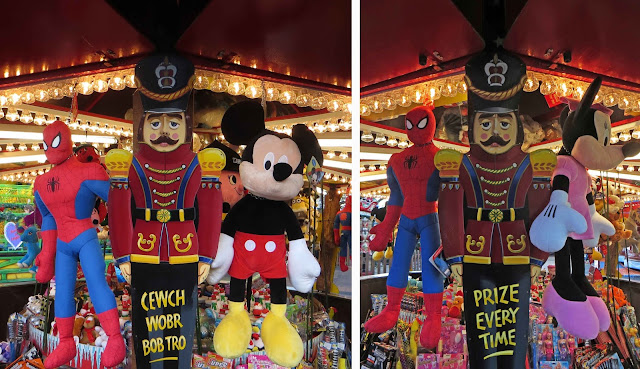 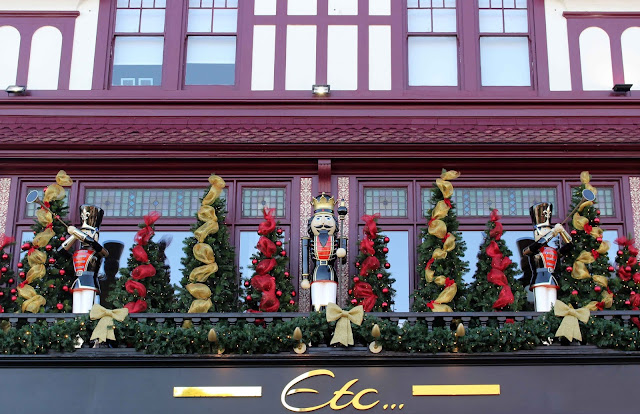