Here is a small offering of post boxes I spotted during a recent week’s holiday in (always looking!). 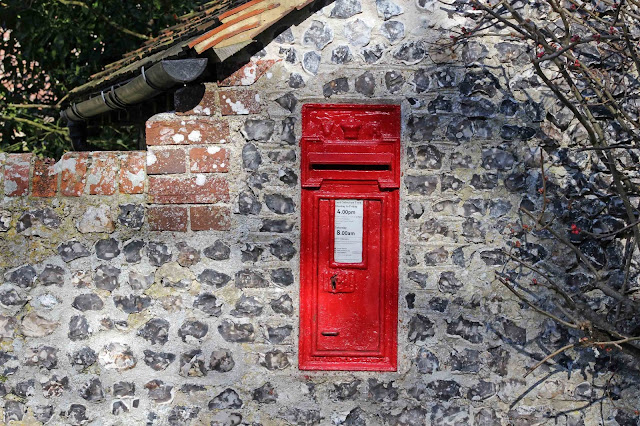 The oldest was in the tiny hamlet of West Dean, in East Sussex not West, a charming collection of ancient houses nestled in a secluded valley behind Cuckmere Haven, a location more easily reached on foot than by car, a place that time seems to have forgotten. Amongst its many old treasures – there were also a medieval dovecote and a gorgeous terracotta bird on a rooftop – was this lovely old wall box, set in a superbly crafted flint stone wall. 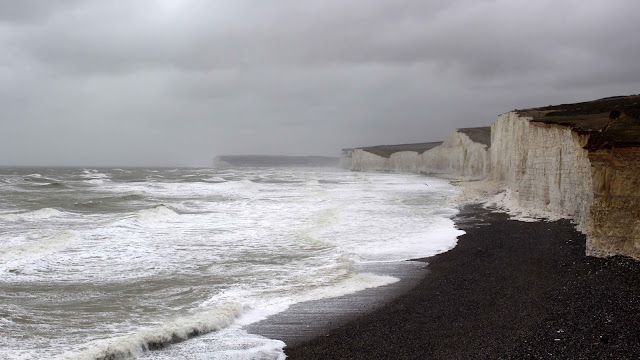 To get a photograph of the George V wall box at Birling Gap (below left), I had to brave a howling gale and light, driving rain – that’s post-box dedication for you! If you don’t know Birling Gap, it’s at the eastern end of the mighty Seven Sisters chalk cliffs on ’s south coast. My photo, above, of this impressive landscape was taken in the same howling gale. 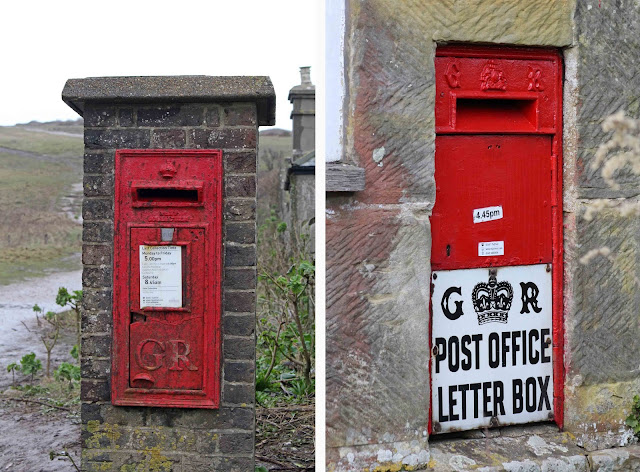 On the right, above, is another George V wall box, this one discovered in the small . This box is slightly unusual as it is a wall box, one of the wooden – rather than cast iron – boxes made by James Ludlow & Son in . The large black-and-white enamel name plate is the giveaway and this box is even more unusual as it doesn’t have the plate that lists location, post box number and mail collection times – there were holes where the plate was originally attached but, as you can see, it looks like someone’s since stuck a couple of stickers on the front instead.

Brightling was interesting for another reason too ... more on that in my next blog post.